IMHO, it looks like a DeLorean crossed with a Halo Warthog.

Tesla (TSLA) stock down after electric pickup unveiling — market is missing the...

Tesla (TSLA) stock price is down in pre-market trading after the unveiling of their electric pickup, the Cybertruck, last night. However, the market might be missing the point as the Tesla Cybertruck seems to hide a major improvement in cost. Last...

Who the f designed it? Some Minecraft fan?

It looks very strange.TBH, I can’t see any hicks/hillbillies buying a truck like that.

It looks heavy. What happens when it gets stuck in the mud. Where do you mount the winch?

The lads at Rivian must be laughing their heads off and praying Tesla produce it, but I doubt they will, the lack of pre orders will tell them all they need to know, about half the fan boys to the event thought the whole thing was a joke

Afaik, the one people (hillbillies/hicks in the US (the primary target market for these pickups) have been watching has been the Bollinger B1.

IMHO, the Tesla launch seems to have been a gimmick. That window break was to get newspaper inches. (who doesn’t test their windows before a showcase event like that…)

*hillbillies/hick = I mean that in the + sense of the term. People who don’t live in cities and actually use their vehicles not only for just transport but also for routine work tasks.

[If however, the solid state battery pans out…all bets are off]

The Bollinger costs $125K I can’t see it being too popular with the Hillbillies, maybe Jed Clampett would buy one

Although the deposit required is only $100.

I will assume that maybe half of those orders will be real, but even that is crazy, there are at least 100K people willing to drive that monstrosity, it makes the Hummer look refined

The specs are interesting, to get a 500 mile range in a vehicle of that size and weight would need a 200kWh battery, and Tesla can sell this for $70K

Where does the dog sit in that? That really does not have a hope in hell of selling in middle America. All he needed to do was build an electric F150 (which Ford will probably do) - in any case a truck doesn’t need a 500 mile range except when the kids take their gear to college. 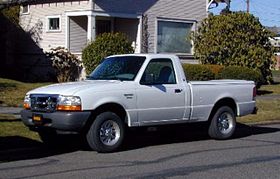 The Ford Ranger EV (Electric Vehicle) is a battery electric vehicle that was produced by Ford. It was produced starting in the 1998 model year through 2002 and is no longer in production. It is built upon a light truck chassis used in the Ford Ranger. A few vehicles with lead-acid batteries were sold, but most units were leased for fleet use. A few persistent and interested private parties were able to obtain leases over a period of three to five years – including celebrity off-road racer Sean Mc...

IMHO, the interesting thing about it was its Siemens AC induction motor.

Tesla still alive and growing, do people still hold the same opinions, is it all just a scam ? when do they go bust ?

Did Mantissa get his Model 3 yet, did Terra ?

Five years ago Tesla was a standard dot com scam company. Burning through billions of investors and taxpayers money. Now it seems to be little more than a money laundering operation. For Musks new circle of friends with big “business interests” from south of the border.

The very bizarre end to the libel case, which was a slam dunk from a case law point of view, and the even more bizarre tweet by the the libeled guys lead lawyer afterwards only even begins to make sense if you know the background of the lawyer and the “business” people that Musk now associates with. The lawyer was a very serious heavy duty guy so would be very very fast on the uptake when “subtle” hints were dropped by Musks people. Offhand I can think of several people in the last decade or two who were less fast on the uptake in equivalent situations who had mysterious “accidents”. Usually involving shots to the head. Just to make sure that others got the message too.

As for Musk, he will end up dead. One way or another. Then watch the whole empire collapse. Much in the same manner as Bernard L. Madoff Investment Securities and equivalent frauds.

Tesla teardown finds electronics 6 years ahead of Toyota and VW

Tesla teardown finds electronics 6 years ahead of Toyota and VW

There is a phrase that’s around for a few years now, “data is the new oil”.

Tesla’s connected cars, with all the GPS tracking, and 6 (I think) cameras, sure would have a lot of data.

There could be more ways of making money than just selling cars.

If uber can still operate and its a complete basketcase with no hope of ever turning a profit then tesla will do just fine. 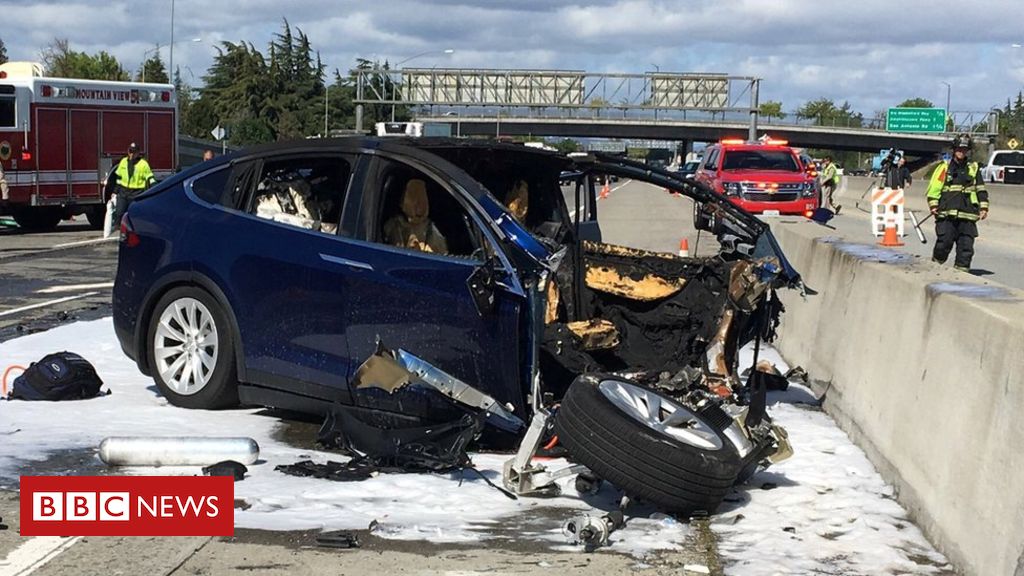 An Apple employee died after his semi-autonomous Tesla hit a concrete barrier.

I trust more this weirdo than corporate bs. I saw how “safe” are safety certified items from inside… We all saw by now how easy was to kill people via massive flaws of software developed by Boeing to compete with Airbus.
Safety people care about paperwork not about the safety… Its so sad.

I hope that our society will start to evolve from this shitty US consumption model before I die.

That’s a very good point. If self driving was feasible would you end up paying for safer driving software like choosing between alloys or normal rims.

The BBC headline is actually probable defamation under CA law. I hope the family sue…

The accident was caused by an easily reproduced very severe bug in the AutoPilot software. Reproduced here at the exact same location, the 101/85 split, a few days afterward the fatal accident.

As you can see from the video unless the drivers hands were on the steering wheel and they were paying very close attention at the moment the software bug kicked in an accident was likely. The driver who died had complained to the dealer multiple times about problems with the AutoPilot software.

Now the claim in the report that the dead driver “was playing video games” at the time of the accident is interesting. The default logging in iOS does not give you that level of detail on third party apps. At least not in mys experience. You have to run a debug version of an app to get the really detailed logfile info. That was the only way you could debug iOs apps running on devices in the early days.

Maybe the guy was issued with a company phone with a special advanced analytics package as a default but unless you look at the game server side session logs and they show very explicit touch interactions events in the previous 1 min to accident in the server user session event log all you can usually tell from the device logfiles (as far as I have ever seen) is that apps were frontmost and the screen was active. Thats about it. Unless the investigator have server side logs / debug logs, or app relevant state info can be inferred from the immense amount of system analytics data (maybe) in the OS logs I would consider the NTSBs statement an inference rather than a fact.

Now that was the accident. But what actually killed the poor sod was the fact he was driving a Tesla. With has a big very explosive lithium battery up front. If he had been driving an equivalent gas powered SUV like a RAV 4 he would have lived. Unless rear-ended by a big rig of course.

Cars crash into bits of CALTRANS finest road engineering all the time. Not may die. When the Tesla accident happened one of the first on the scene had a big industrial fire extinguisher in the back of his work truck. The industrial grade fire extinguisher made not the slightest impression on the burning Tesla battery and the driver burned to death in the car. The two nearest Mountain View fire stations are a very simple quick direct route to the accident scene, one’s even on Shorline, and would have been at the scene in a couple of mins. Max. The guy still burned to death in the Tesla. And the car burst into flames again a few hours later when it had been towed to a yard.

I have known a couple of people over the years who had to escape burning cars. Cadillacs in the 1980’s had a bad habit of doing this, bursting into flames for no apparent reason. As did a lot of cars damaged by MTBE in the 1990’s. But the only damage done was the insurance deductible. Hell, there was even a guy who crashed a fully laden fuel tanker, a full length semi, into an upright of the 880 interchange in Oakland. The explosion causing part of the overpass to collapse. And the driver still walked away from the wreck. I think those truck carry about 20,000 gallons of gasoline. That was one hell of a big bang. 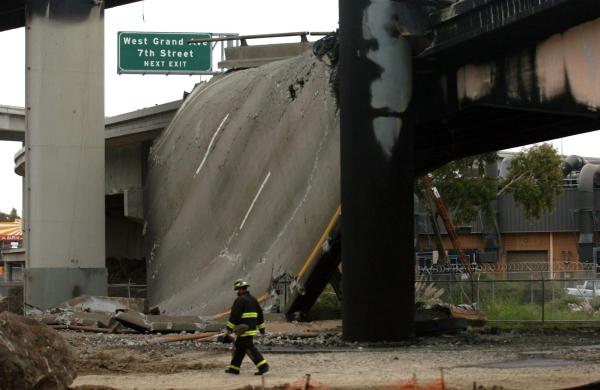 It appears that only drivers of electric cars seem to get burned to death on a regular basis after road accidents that involve driving into bits of the freeway.