…Earlier this year, Protos shed light on that mystery by reporting that just two companies, Alameda Research and Cumberland Global, were responsible for seeping roughly two-thirds of all Tether into the crypto ecosystem.

…The inner workings of Tether remain remarkably opaque. New Tethers are supposed to only be minted, and added to the crypto ecosystem, when somebody gives Tether Limited dollars to create them. And if that’s how it all worked, Tether would be fine.

But there is no evidence Tether actually works this way. We repeat: There is no proof that Tether stablecoins are backed by the store of tangible assets that is supposed to justify their value.

…The company has been promising an audit since at least 2017. An audit is “likely months” away, said Paolo Ardoino, chief technology officer of Tether Holdings Ltd., which issues the tether coin that recently carried a market value of $68 billion…

… A 2017 attestation of Tether was skewed by its sister company, Bitfinex, transferring $382 million to its bank account, hours before the accountants checked the numbers, the Commodity Futures Trading Commission said last year.

…Take a moment to register that: In 2017, when Tether’s total market cap was still under $1 billion, it needed a last-minute transfer of $382 million just to sly its way through a non-audit attestation of its assets. This is ominously reminiscent of the accounting trick used by borrowers to obtain so-called “liar loans” in the run-up to the 2008 subprime mortgage crash.

That 2017 attestation, incidentally, led the Commodity Futures Trading Commission to fine Tether $41 million last year, without the company admitting any wrongdoing. Tether also paid an $18.5 million fine to New York state to settle claims that it misrepresented its reserves. The settlement forced Tether and its associated Bitfinex exchange to cease operations in New York. Crucially, though, none of these fines have fully exposed how Tether works, forced it to change its methods, or even compelled it to admit wrongdoing. Tether essentially made a political payoff, it seems, and moved on.

It’s important to state what is happening if Tether is not actually backed by the dollars that it claims. If Tether Limited is pumping out new Tethers without actually taking in an equal amount of USD, then it is essentially a privately-run money printer.

Just manufacture new Tethers, pump them into a crypto exchange, use them to buy bitcoin, then sell the bitcoin for real U.S. dollars.

Yet that’s not all and like an EastEnders omnibus edition the bigger story is repeat with many of your favourite players: 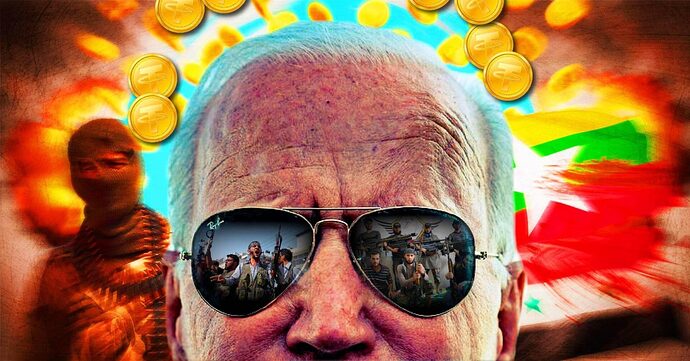 Is crypto's entire infrastructure perpetuated and kept alive because unseen cabals have decided its survival is more useful than its demise?

Good critique of what is wrong with stablecoins but bit of a jump from there to ‘crypto’s entire infrastructure’. The article didnt seem to make the link, just asserted it in the final paragraph.
Yes, stablecoins are easy to turn into scams. They aren’t scarce and you lose the benefit of it being trustless. That was always fairly obvious.
Yes, NFTs were a scam. That was completely obvious.
There’s a lot out there that will end up being worth nothing but as long as the Fed keeps producing graphs like this there is a case for crypto and none of the problems in that article apply to every coin or token. 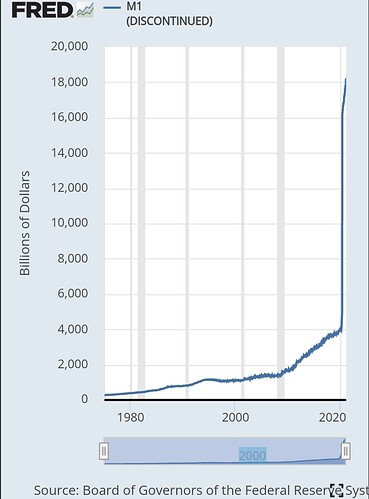