Takes ages of screening through comment sections on different forums to find these little gems.

From Reddit. I found the link hidden in between 1000 comments on ZH and later on Jim Stone.

Comments. Always scan them, that’s where the real gems are hidden.

Here is the science. The many qualifications in the conclusions at the end of the paper are not encouraging 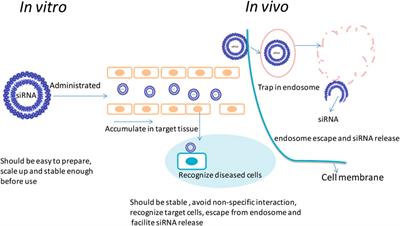 Rationale and Application of PEGylated Lipid-Based System for Advanced Target...

RNA interference (RNAi) technology has become a powerful tool in application of unraveling the mechanism of disease and may hold the potential to be developed for clinical uses. Small interfering RNA (siRNA) can bind to target mRNA with high...

and here is the subject vaccines…

A drawback of the current mRNA-lipid nanoparticle (LNP) COVID-19 vaccines is that they have to be stored at (ultra)low temperatures. Understanding the root cause of the instability of these vaccines may help to rationally improve mRNA-LNP product...

Human body has so many barriers against poisoning. Imagine all the effort into killing us… direct injections of poisoning substances into the blood stream.

Nope, the technology maybe from a sterilizing treatment but the actual uptake site for the SARS 2 mRNA vaccines is the muscle tissue injected and the associated axillary lymph nodes. Which is where most of the initial immune response action happens. Those are the target cells and main uptake area.

Infection with Severe Acute Respiratory Syndrome Coronavirus 2 (SARS-CoV-2) causes Coronavirus Disease 2019 (COVID-19), which has reached pandemic proportions. A number of effective vaccines have been produced, including mRNA vaccines and viral...

Covid-19 mRNA Vaccination: Age and Immune Status and its Association with...

With hundreds of millions of coronavirus disease 2019 (COVID-19) mRNA-based vaccine doses planned to be delivered worldwide in the upcoming months, it is important to recognize positron emission tomography with computed tomography (PET/CT) findings...

It’s all connected to the blood stream at the end of the day, isn’t it? Do you think the muscles are fed by one way working fast food where the nutrients are coming in and all the rubbish is discarded beside the bench? No.

It’s all interconnected. Capillaries in the muscles, the lymphatic system and the extracellular matrix. Them spikes will find their way where they’re design to go.

The idea of vaccine: are you afraid of the infection? We have the infection for you injected straight into your body, with omission of all the natural barriers human body possess. Plus there is a pile of Hg, Al and some other metals.

the original article was about the initial cell target. Which did not apply in this case. As for what happens afterwards, as I said before, they dont have a clue.

“How to overcome obstacles and barriers for efficient target delivery of siRNA remains unsolved.”

I left this field well over a decade ago and it looks as if targeting in the body (unlike inside the cell) is still the main issue. Back then you could attach certain extra molecules on the Liposomes at the end of the PEGylated chain and this would help target certain areas of the body e.g. Galactose would target liver cells. I know that PEG chains by themselves would target cancer cells. I think that this is because cancer cells have loose lipid walls, very very loose, unlike the strong lipid walls of healthy cells. I think this is why the loose liposomes will target them more easily than healthy cells and this was the mechanism used to deliver the cancer killing drugs to these cells (Not sure if I read this in a paper or am just guessing this myself but it sounds plausible either way). Other than these two mechanisms of targeting cells in the body, it does not look like the field has developed much on targeting of different cells. Even with these methods of targeting, the Injected Liposomes would still be travelling all around the body in the bloodstream so they could potentially target many, many other cells. When I was studying this, this was always a major concern to me and why I thought this field might never go mainstream. (Actually, just recalled that there may have been one other method where you could inhale these liposomes and they would then go to the lung cells, effectively targeting them, which for certain diseases could have potentially been effective. Again, this was just a theory at the time, but sounds good at least until trials take place showing problems).

It looks as if this targeting issue has not even been considered or maybe just not a concern brought up with the release of these ‘genetic vaccines.’ From reading other articles recently it looks as if up to 75% of the ‘injected liposomes’ could move from the injection site in the muscle and spread around the body. As you mentioned, these will just travel everywhere. They have not even bothered putting any targeting molecules on these ‘genetic vaccines’ as far as I can see. (I should have mentioned I’m specifically talking about the Pfizer and Moderna genetic vaccines). I have read articles where the ‘genetic vaccines’ are moving into heart cells, ovary cells. I’m sure they are infusing everywhere in the body. I’m not quite sure why they wouldn’t.

I’m still amazed that this is the first product that Moderna has brought to market. A basket case of a company where many tops Scientists were leaving even at the end of 2016 and then they bring their first product to market 4 years later having never got one previous one by the regulators bit.ly/2YdozBA.

Everything about what is happening is madness in my opinion. This is a reckless postgraduate experiment except it is being carried out on a global population. These molecules were so complex and they almost never do what you want them to do in the laboratory, in perfect conditions. And, that’s just part of the outer shell of them that I worked on. Let alone when you put them altogether with the other components to form the liposome (nanoparticle) and then put them into the body. There is nothing to suggest they have even considered some of the dangers or that major advancements have taken place since I left this field. Having said all of the above, I’m not even sure which cells they would want to target with these ‘genetic vaccines’ but it would have been good to protect the cells they didn’t want to target. 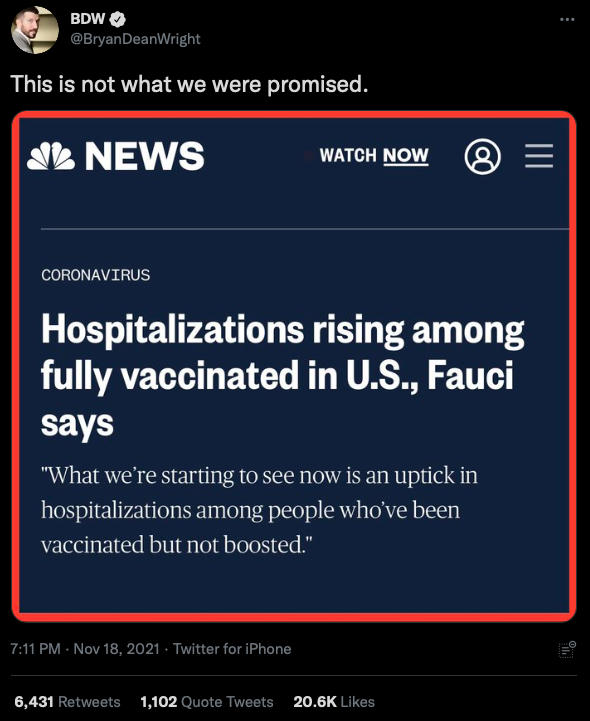 From the People Who Brought you the 4th Wave:

Social Democrats co-leader Roisin Shortall said: “There’s no doubt the situation is very grave and we have a very narrow window of opportunity to try to flatten the curve.”

Flatten the curve, the same strategy that the UK had last march and were roundly condemned for.

From this article OW: they already managed to poison 500k with the “booster”. Scary $hit.
These bunch of psychopaths is not gonna stop.

They are scam artists. I was there nearly like 30 years ago. Food science and medicine.
Food science was all about to manufacture at the minimum cost with the maximum shelf life. It never mattered the amount of chemicals added to achieve the goal.
They £ucked me out. If one is not completely brain dead there is no way to carry on.

From this article OW: they already managed to poison 500k with the “booster”. Scary $hit.
These bunch of psychopaths is not gonna stop.

Some people now have had both DNA & mRNA tech injected into their bodies, under the deceptive and misleading title of “vaccine” and “booster”, and they are totally ignorant of the Pandora box of outcomes they have allowed themselves become, and then the aggregate effects on society at large.

The crime is still in motion. The perps are happy to own it.

Is that why it has not stopped?

500 mln as written in the stone.
Pizza Gate and Epstein’s recordings keep the perpetrators in line.

Well with ADE and Adverse reactions wave is truly underway since July and how an there be any signs of it stopping if they are hitting people with a 3rd lethal hot?

ADE leaving people who got both shots with an immune system unable to deal with a virus, the coivds and possibly any or many other immune challenges, leaves 3.6 million people in “godo place” according to top NPHET profs.

Doubt there will be mass screening of white blood cell levels in the population but people are FREE to do it themselves if they can find a lab willing.

The 5 PHE tables below from their excellent Vaccine Surveillance Report, separated by 4 weeks, clearly show the progressive damage that the vaccines are doing to the immune system’s response.

People aged 40-69 have already lost 40% of their immune system capability and are losing it progressively at 3.3% to 6.4% per week.

A video fo a guy reading the same thing.

One in four people who have been admitted to critical care in hospital with Covid-19 have died, according to the chief medical officer (CMO).

… The CMO reiterated that every 1,000 cases of the virus will lead to between 20-25 people requiring hospitalisation, of whom 2-3 will require critical care in ICU. “We also know that, since June of this year, 1 in 4 people who had Coivd-19 and required critical care in our hospitals have sadly passed away,” he tweeted.

“This information is not easy to hear, but it is an important reminder of the serious risk that Covid-19 continues to pose to all of us,” he added.

JUNE was the peak of the #2 pfizer killshot. That’s what changed.

My estimate the EoY figure will see approx 80% more dead in 2021 attributed to the coivds compared to 2020.

They are at the start of what is usually a multi-decade learning process. Fascinating technology but at least one decade away from early maturity, where they understand enough to make informed judgements about risks / benefits for the general population.

There is only one valid medical reason for using mRNA vaccines, as a bio-warfare attack civil defense measure. Due to how quickly they can be retargeted for new engineered variants. No other.

The story with current mRNA vaccines will end in only two possible outcomes. Either those responsible will be put and trial and some will go to jail for what they did. Starting with the public health officials. Or else western liberal democracies as we have known then over the last few generations are over. Replaced by hybrid authoritarian governments which are a mix of Singapore and the old Soviet Union. Liberal democracy will survive in the US after a big battle but for countries in Europe and places like Canada, Australia and NZ the odds do not look good at the moment. For those countries whatever they were on Jan 1’st 2020 is gone, never to return.