The Catholic Church is like a beaten dog in Ireland and The West. Yes there’s Fr Sean Sheehy types but the hierarchy and many of the religious are totally liberal globalist in values. Its astonishing the contrast between the liturgy they read out and the sermons most of them give.

For example the reading today was hardline stuff - the first letter of St John 2:22-28

The man who denies that Jesus is the Christ-
he is the liar, he is Antichrist; and he is denying the Father as well as the Son, because no one who has the Father can deny the Son, and to acknowledge the Son is to have the Father as well. Keep alive in yourselves what you were taught in the beginning: as long as what you were taught in the beginning is alive in you,
you will live in the Son and in the Father; and what is promised to you by his own promise is eternal life. This is all that I am writing to you about the people who are trying to lead you astray.But you have not lost the anointing that he gave you, and you do not need anyone to teach you; the anointing he gave teaches you everything; you are anointed with truth, not with a lie, and as it has taught you, so you must stay in him. Live in Christ, then, my children, so that if he appears, we may have full confidence, and not turn from him in shame at his coming.

Then at the homily the Priest noted with delight that “Unesco” (a globalist anti Christian organization) had named Therese of Liseaux a champion and quoted the following from
MONSIGNOR FRANCESCO FOLLO, PERMANENT OBSERVER OF THE HOLY SEE TO UNESCO

For UNESCO, the celebration of this anniversary will help to bring greater visibility and justice to women who have promoted the values ​​of peace through their actions. Given the fame of Thérèse de Lisieux in the Catholic community (the city of Lisieux being the second place of pilgrimage in France after Lourdes), the celebration of her birthday can be an opportunity to highlight the role of women in religions. in the fight against poverty and the promotion of inclusion. It can also reinforce UNESCO’s message on the importance of culture (poems and written plays) in the promotion of universal values ​​and as a vector of interreligious dialogue.

4 posts were split to a new topic: Maynooth University Of Satanisim

Meanwhile across the channel 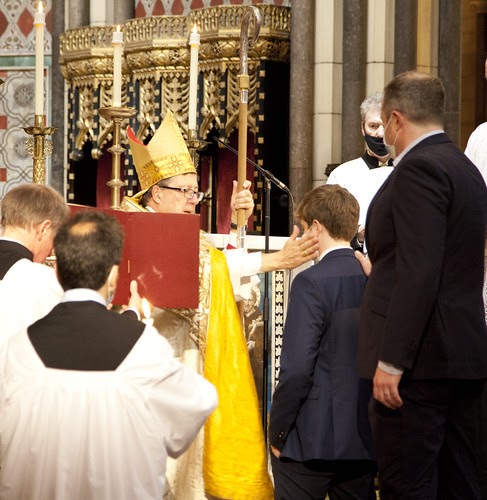 Bishop Sherrington, an auxiliary bishop of Westminster Diocese, administers the confirmation 'slap'. He wears a cope and mitre, and holds a ...

C of E cucked too

The Rev Chantal Noppen, a priest from North Wearside, said: “God is not male. Certainly not the white cis male with a beard, sitting on a cloud we seem to reduce and limit God to so often. God is far bigger than a binary sense of gender allows.”

Yea they’re not sining from the same hym sheet no more. 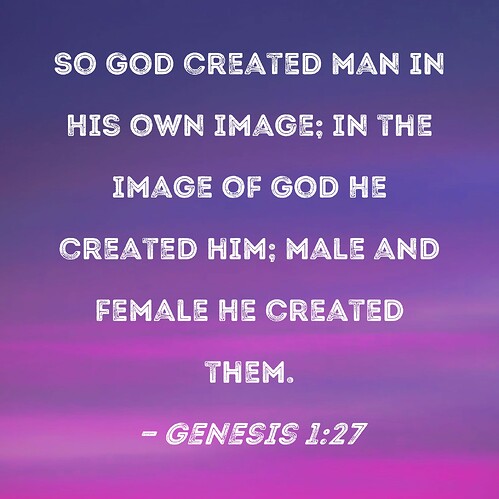 So God created man in His own image; in the image of God He created him; male and female He created them.