The Death of Dublin

Anyone got a subscription ?

I could do with a laugh

What’s her proposal to pay off the massive Clown Footprint we’re racking up?

It’s been a busy week in Dublin city.

Last Wednesday, protesters gathered outside a house on Prussia Street in Stoneybatter after a group of men entered the building to evict squatters.

On Thursday, news broke that the Science Gallery in Trinity College was going to close, reportedly because of its financial viability.

On Friday, news spread that another popular Dublin cultural spot – Ireland’s largest independent bookshop, Chapters Bookstore on Parnell Street – was to close its doors after nearly 40 years in business.

And then on Saturday, more than 400 protesters gathered outside the Cobblestone pub on Smithfield square before marching through the city to O’Connell Street, playing music as they went. It was the second such demonstration in less than a month over the proposed and planned development of hotels at the Cobblestone pub and at Merchant’s Arch in Temple Bar.

But all of these incidents seem unique and disparate. Why should be drawing connections between a squat eviction, the closure of a bookshop and the development of a hotel in Temple Bar?

Or do they actually represent a broader narrative about the direction Dublin city is headed and the lack of support for cultural spaces across the Irish capital?

On today’s In the News podcast, Sorcha Pollak speaks to Irish Times columnist Una Mullally about the growing frustration and anger among some Dublin residents over the development of hotels and purpose built student accommodation blocks and lack of consideration for the city’s character and culture.

Also on today’s podcast, Irish Times Dublin editor Olivia Kelly demystifies the planning process used by hotel developers in the capital and breaks down the steps people should take if they want to effectively object to developments in the city.

In the News is presented by reporters Sorcha Pollak and Conor Pope.

It’s interesting because all these types want is a couple of semi authentic spots left - just one or two. Somewhere can make them think it’s a city with some merit. I mean I am not sure anyone could possibly care about temple bar at this stage but the cobblestone well, sure didn’t they let the travellers group have an auld sing song once a month? That’s diversity - make sure to tell everyone it was a safe space.
They’re not even going to be left with that though. The whole place will disappear.

Dart underground line is shelved until 2042, no tram lines will be built within next decade

Fantastic long term planning here from the lads. Dublin busting at the seams with already inferior public infra in place. Maybe they’re hoping everyone will buy one of those electric scooters to get around the traffic jams.

What did the Brits ever do for us… 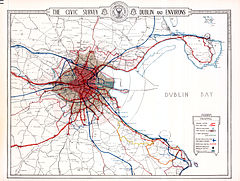 At its peak, with over 60 miles (97 km) of active line, the system was heavily used, profitable and advanced in technology and passenger facilities, with near-full electrification complete from 1901.

Stick that in your Tesla and smoke it!

Not really the same thing, the old Dublin trams had less capacity than a double decker bus, the 55 meter Luas tram can carry 408 passengers, the Luas is 45km in length, which isn’t too bad, it was far easier to build tram systems 100 years ago, building the Luas in the city center was a pain, we should have went underground decades ago, If Bertie didn’t decide to buy elections with his bench marking scam, we could have had a few underground lines years ago

If they had of waited till the Brits got at least the starting cross section tunnels for the planned underground in Dublin in place, then they could have run the Rising, but no, they couldn’t wait could they - you can kind of see a pattern through out all this, a bit of patience, delayed gratification thingy or something, goes a long way.

Meanwhile, Dublin City Centre… it’s being smart cited as we type so kind of the same thing has the pulling up of all the tram track back in the day making way for the car. More smart moves yea.

Same is being said in Poland. Should have waited until Hitler finished all them Autobahns…
There are still some sections of A6 South of Szczecin/Stettin going from Berlin to Konigsberg through Pommern (unfinished) with old German build concrete surface. Bumpy on the connections between concrete slabs, but no potholes even after 100 years without any particular maintenance.

The quality of old Prussian buildings can be compared to British. They were doing things for millenia. Most likely the trams were fed by free ether energy. Same with houses.

Two years ago, a proposal to serve Dublin Airport was presented to government by a Japanese-Irish consortium led by Mitsui, a company with a great deal of experience in urban rail construction worldwide. Mitsui proposed a 20km line from Sandyford to the airport, to be financed by a very modest £100 million seed capital from the Exchequer, a 25-year operating concession, and land rights that would have enabled it to purchase State and private lands.

As in many other cities in Europe, much of the return would have been derived from building above stations on the line, which both yields a direct financial return and generates traffic for the rail service.
For reasons that have never been explained, but which may partly have reflected reluctance on the part of the government to concede land rights, this attractive proposal was turned down. Yet the exploitation of land rights above stations is the most effective way to attract private capital to urban rail projects.

They would be due to hand it over fairly soon. 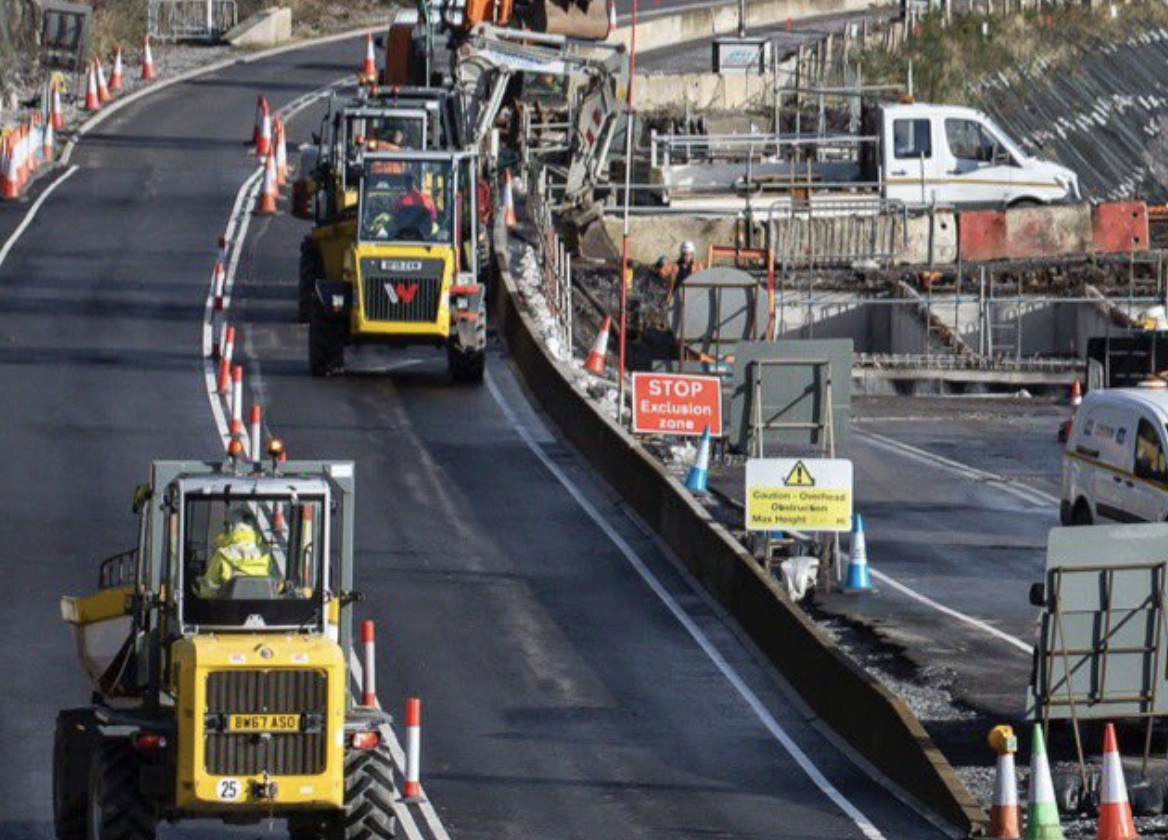 Japanese train companies perfected the model of making money from property developing and clustering shopping and commercial activities around the stations creating these eclectic hubs, that modern Airports resemble more and more - It’s an incredible obvious thing to do, drive the punters to and terminate at the their local shopping mall, right close to where they might live.

Everything is “convenient”, within a few steps before home for many people. Clean and polite too. The build motor cars for the other places who just do the very opposite. Very win win.

Basically the polar opposite of the mentality in the more modern command economy colony.

So no surprises yea.

You post in many ways belongs in the Earth Lockdown - “Climate Change”, the final move to enslave the world real good thread - see many are starting to see the wood for the trees, that teh “attack of the virus” was also the prefect pretence to lockdown as they would like for enviroemtonal reasoning to usher in the next level control system, but they could never convince the population to do it on an enviroemtonal level, thus the “virus” play was the prefect entreé, thin end of the wedge. Club of Rome made it very clear.

Either way, the Bankers behind the Bankers are going for broke, i.e. Break you or you Break them.

Cover for so called “peak oil” and ((un)controlled) collapse of debt economy. Most likely scenario OW.
PM’s are still well under control. Could be seen yesterday when silver was monkey hammered 30 min after NY opening.

Edit.
When the Silver breaks it’s the end game.

Well Number 18 made me laugh… The probability of there being more than one native Irish speaker (gealtach…not some suburban middle class gaelgoire prick) on the vehicle is basically zero. So grammatically correct. Only one person is being addressed. So singular it is.

From these sort of people

“In addition, MEON will strive to be a forum for discussion and outreach, whose goal is to create renewed intellectual currents in the fields of socio-environmentalism, anti-Capitalism, and Gaelic revivalism”

So I would guess mostly a bunch of affluent middle class types from salubrious SCD suburbs with those makey up’y gaelgoire names. The same sort of people were moaning about pretty much the same sort of things 30 / 40 years ago. And twenty years later they could mostly be found in some Opus dei’ish spin-off organization still moaning. But now mostly in the bar at the golf club. In SCD.