The figures show tax receipts for the first two months of the year came to €8.4 billion, which was 9 per cent or €828 million down on the same period last year.

While income tax receipts, at €4 billion, were marginally up on the corresponding period last year

Ok so just an anecdote for you and others. I being self employed have paid and if not overpaid my liability for 20. This is not due until October November 21. Many in my circle have done same. Might explain somewhat cos with over 500000 on the dole or something else it didn’t come from them.

Hammerson, which co-owns Dundrum Town Centre owner, has cut €2.3bn from the value of its shops and shopping centres, as the Covid-19 pandemic had a severe impact on the retail sector.

Hammerson operates in seven different countries, with a number of flagship retail centres including the Bullring in Birmingham, UK.

Hammerson co-owns Dundrum Town Centre, along with German insurer Allianz. The group also owns half of the Pavilions shopping centre in Swords and the Ilac Centre in Dublin city centre. It owns 40pc of the Kildare Village premium outlet mall.

Net rental income of £158m last year was down 49pc, impacted by Covid-19 closures, tenant restructuring and higher provisions for bad debt and tenant incentives, according to annual results from the group.

Not a good sign that these marquee shopping centres across the UK and Ireland were reporting losses even in 2019.

1,000 airport staff in Dublin and Cork to quit jobs under voluntary redundancy scheme

Almost a third of staff at Dublin and Cork airports have revealed that they will quit their jobs under a voluntary redundancy scheme.

The Dublin Airport Authority (DAA) is seeking the cuts to the workforce as passengers numbers plummeted at both airports following the pandemic.

Now, 1,000 of the DAA’s 3,100 workforce has decided to leave, as the State-owned company grapples with the impact of COVID-19 travel restrictions on its business.

Passenger traffic at Dublin Airport is down 96% since the pandemic began last year.

DAA chief executive Dalton Philips told staff in a letter yesterday that 850 workers have left while more are due to go in coming weeks.

‘In total, the current right-sizing programme will see more than 1,000 Irish-based staff permanently leave the organisation – that’s about a third of our workforce.’

The Lockdowns Weren’t Worth It - WSJ

The Lockdowns Weren’t Worth It

There’s a reason no government has done a cost-benefit analysis: The policy would surely fail.

After a year of observation and data collection, the case for lockdowns has grown much weaker. Nobody denies overwhelmed hospitals are bad, but so is depriving people of a normal life, including kids who can’t attend school or socialize during precious years of their lives. Since everyone hasn’t been vaccinated, many wouldn’t yet be living normally even without restrictions. But government mandates can make things worse by taking away people’s ability to socialize and make a living.

The coronavirus lockdowns constitute the most extensive attacks on individual freedom in the West since World War II. Yet not a single government has published a cost-benefit analysis to justify lockdown policies—something policy makers are often required to do while making far less consequential decisions. If my arguments are wrong and lockdown policies are cost-effective, a government document should be able to demonstrate that. No government has produced such a document, perhaps because officials know what it would show.

It’s noteworthy that the WSJ, Sky Australia and Fox News are all generally against what’s happening-maybe Rupert Murdoch has a heart after all.

If by Quarantining the healthy they mean imprisionign healthy and able bodied populations who have the capacity to undermine the hostile takeover. Then so far, they have worked. So far.

The whole lockdown policy has really turned into a “cane the whole class for the actions of one child” approach.
If they had limited the lockdowns to areas that have had outbreaks, with strategic “firebreaks” elsewhere, they may have been less disruptive. 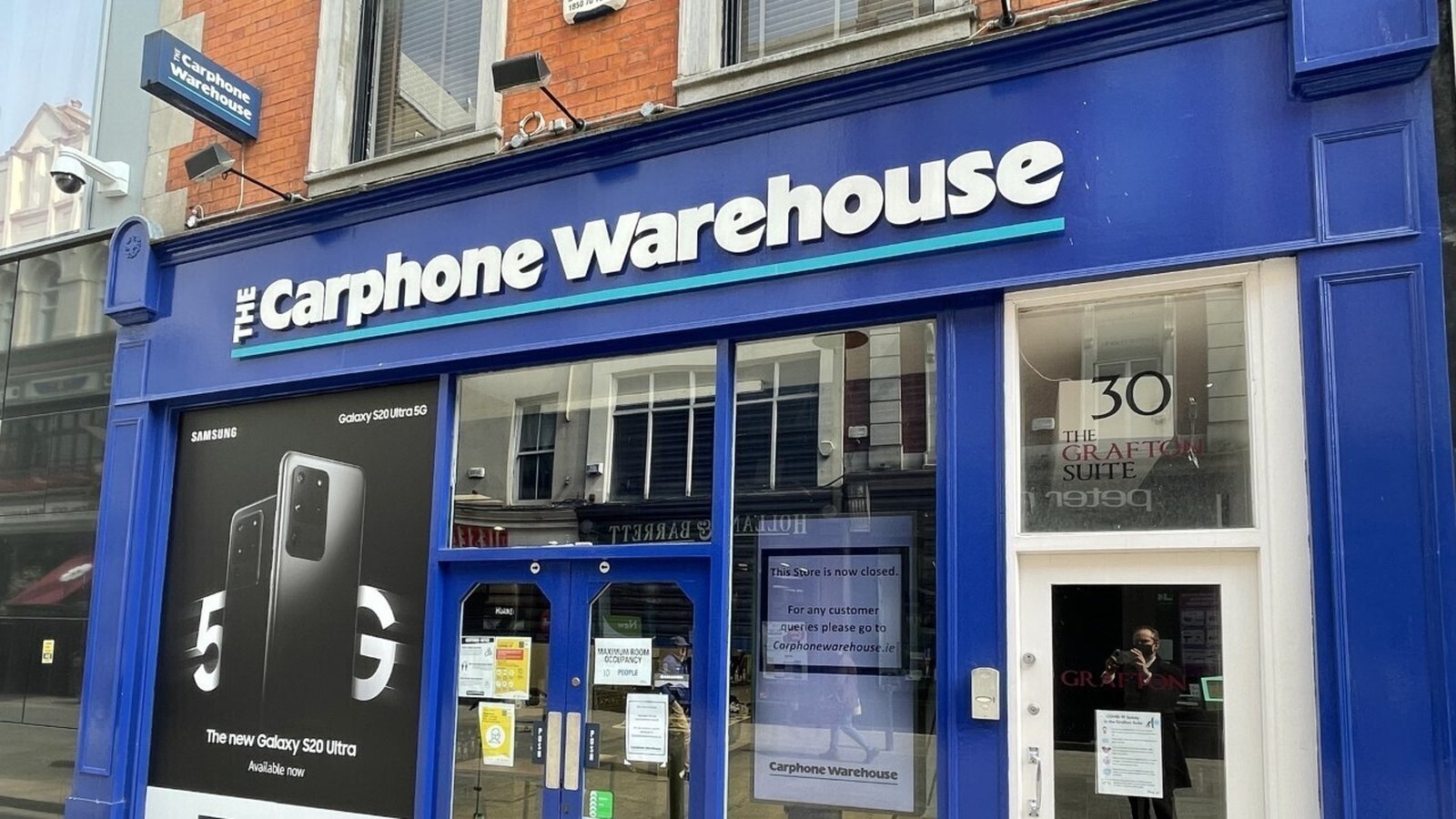 Dixons Carphone has confirmed that the decision to close the Irish Carphone Warehouse business is expected to lead to 486 redundancies.

I think many people have cut back on their mobile expenditure. All the networks now have a cheap version where you can get all you can eat for €10-12 a month. Who needs to shell out 30-40 a month when you can go with this cheaper version. It is the same network and even if they cap download speeds that probably won’t affect many. If you are at home most of the time anyway you are on wifi. These cheap versions are online only so Carphone Warehouse were cut out completely from that market. If the networks continue to see leakage to the online low cost model they are likely to reduce their retail footprint as well.

Was out for a wander round the city today. I just don’t see how activity levels will come back quickly. I know they’re seeing activity in the UK, both countries have been thoroughly propagandized about the virus, but unlike the UK where they have been boosting the vaccine narrative for months there was a lot of mixed messaging on vaccines here

Will be interesting to see if this gains any critical mass. Probably not - but a useful tactic in bringing forward any reopening…

The campaign is in response to the reopening of hotels and guesthouses on June 2. The rest of the hospitality sector has no reopening date for indoor ... 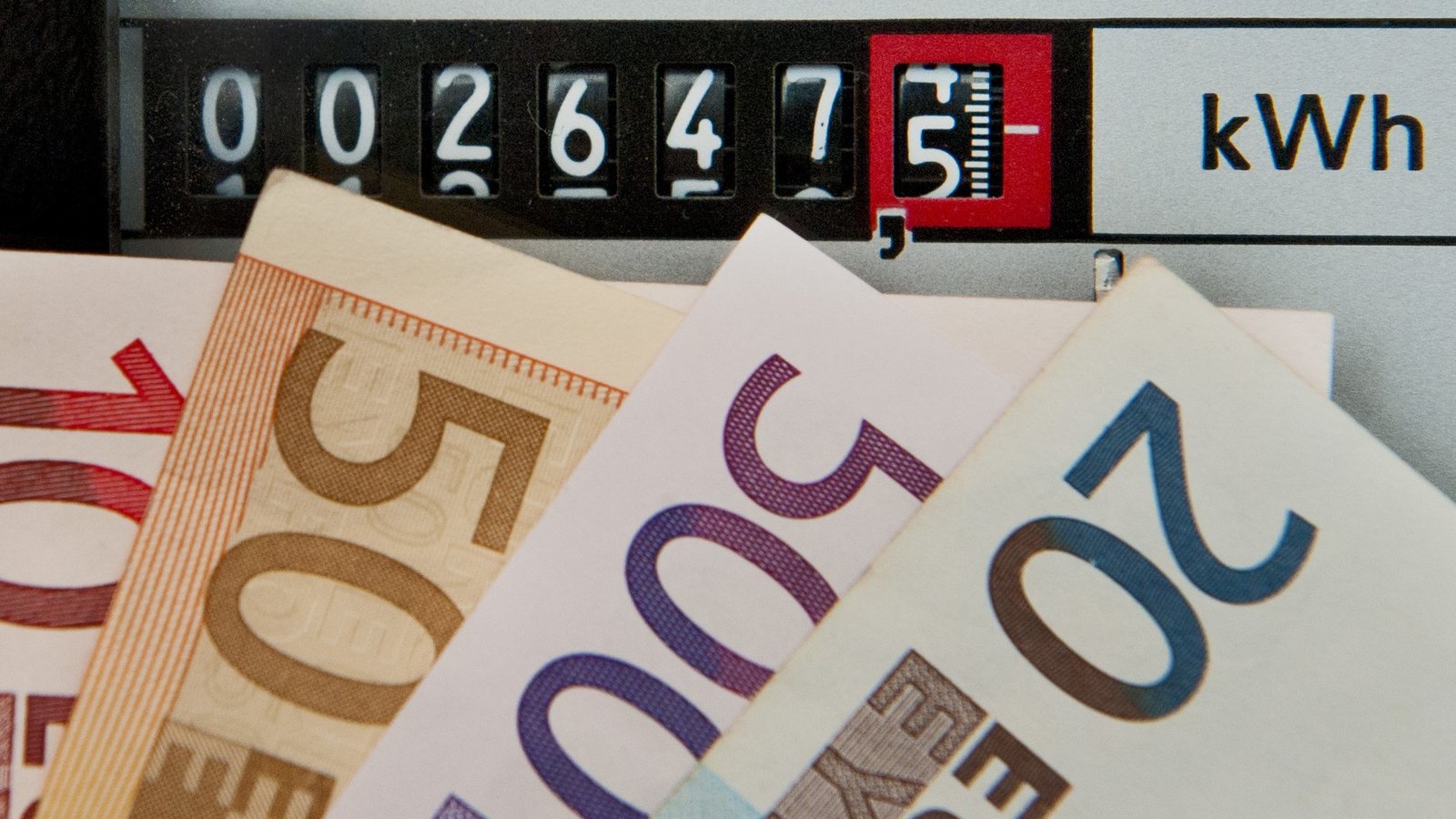 Gas and electricity disconnection ban to end in June

A moratorium which has been preventing home electricity and gas disconnections will be lifted on 1 June. 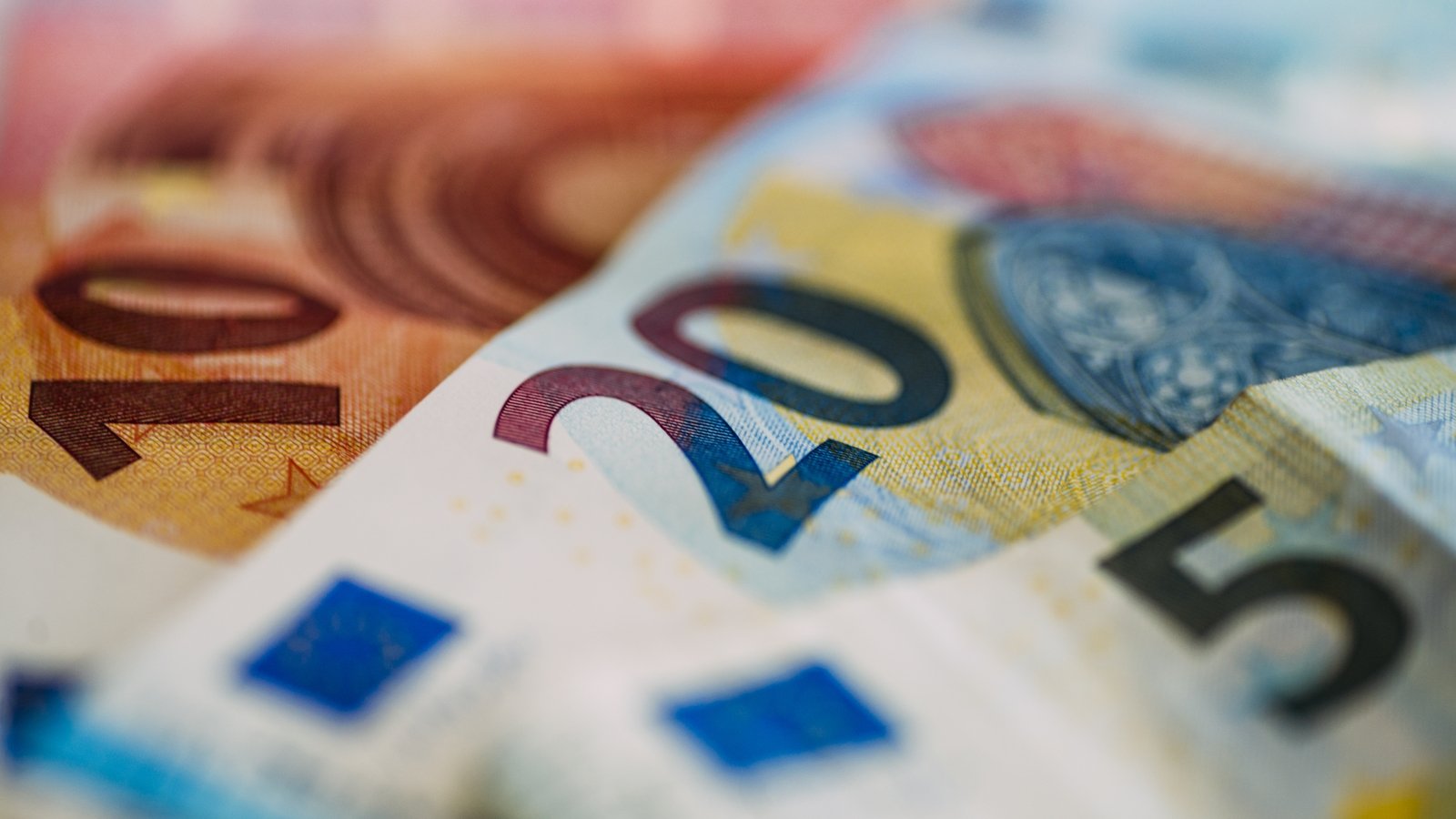 The Economic and Social Research Institute has said "sizeable tax increases in the years ahead" will be needed to fund public services.

A few long standing reliefs up for discussion there like pension investment, farm inheritance, and even CGT Principal private residence

Also a few snippets to remind us of the tax and wealth base in Ireland:

Moving to all electric cars will erode the tax base by €3bn by 2030 or whatever moving target they have set for this.

Just for context this motor tax on nasty ICE vehicles is nearly 30% of the windfall Corporation tax take, that they go on to describe as ‘volatile’. A Corporate tax take of €10.9bn in a good year that is routinely used to justify the transformation of Ireland.

It also said that the move to electric vehicles puts some €3bn in motor tax at risk and warns about over-reliance on what it describes as “volatile” corporation taxes.

But when it comes to wealth in Ireland, let’s get back to more familiar ground. It still is all about the property after all these years. Talk it up, talk it down!

It said designing a successful wealth tax in Ireland might be difficult as it is estimated that 60% of wealth is wrapped up in principal private residences, which is already taxed, and 30% in other forms of property.

If this was Trump…

‘I don’t need Ireland, we can move to the UK’: Ryanair criticise Government travel restrictions

… Mr O’Leary summarised that overall, Ireland had overreacted to the Covid crisis, and the real question now was when would an effort be made to save the tourism industry.

'I don’t need Ireland, we can move to the UK': Ryanair criticise Gove… 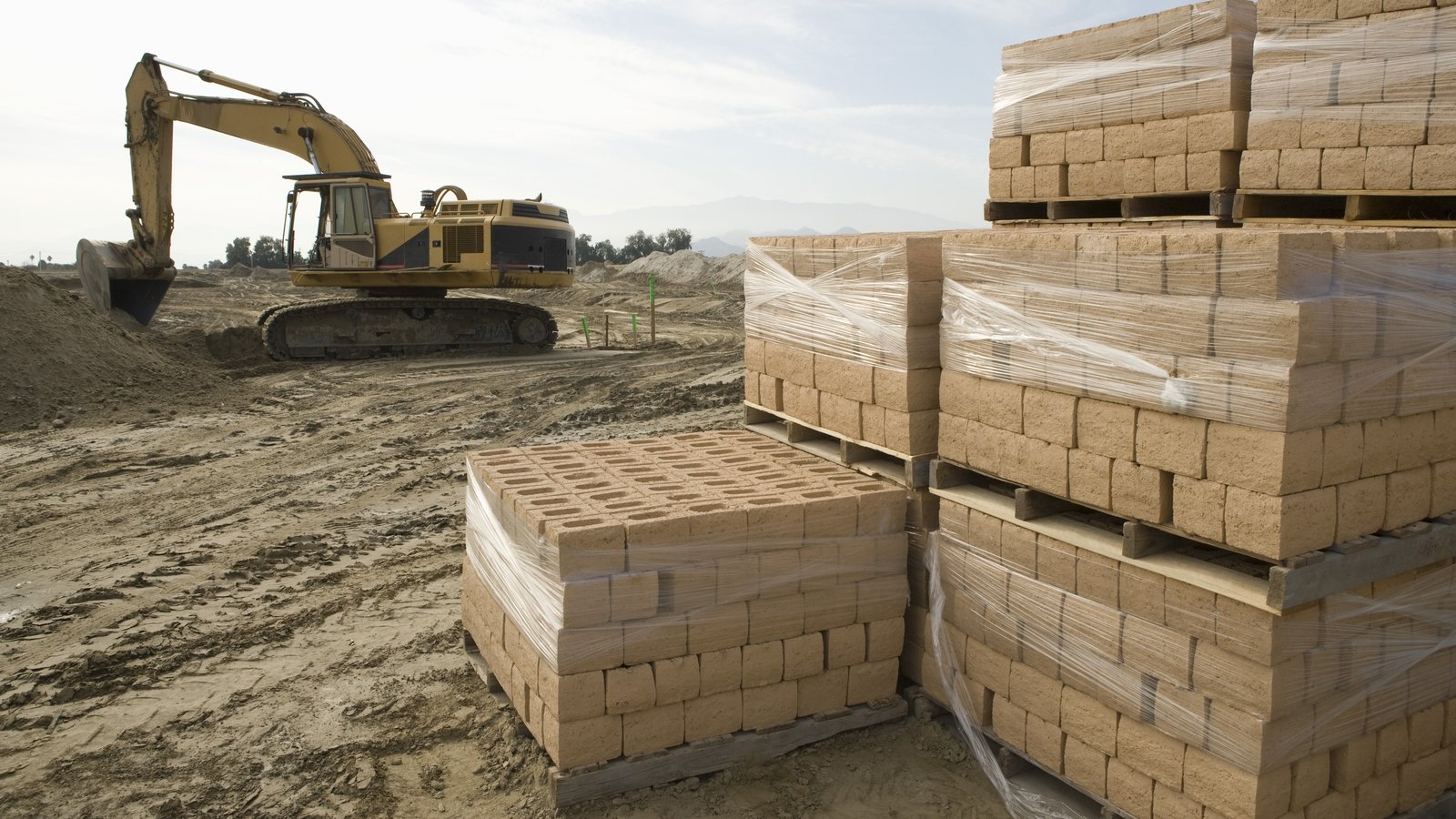 Increased timber prices and supply chain issues, exacerbated by Covid-19 and Brexit, have increased the cost of building materials needed for the construction of new homes, a new survey shows today.

Why not follow the model that works all over the country and elsewhere int he world!?!?!?!

Not enough homeless refuses to go round for a group deal to get Dublin’ buzzin’ no? C’mon lads put the hand out!

These boys and girls have the right idea… give the world sanctury it’s the least we can dooooo!!!

We hold the vision that Dublin will be a welcoming city with a network of places, activities and spaces that are proud to be places of welcome and safety for all migrants, refugees and asylum seekers.

We work to build coalitions of organisations from all sectors (voluntary, business, education, faith groups etc) which make a public commitment to welcome and include all people seeking sanctuary in their usual activities.