Making it up is exactly what they are doing.

As I’ve said on other threads here - you’re in for a long sh*tyy winter of lockdowns - watch the economy slowly sink and the house prices follow soon after.

We are really missing satire these days. Badly need to get it back in these humourless times.

McConkey explains the importance of going to 11.

Like the Amp in Spinal Tap. You couldn’t make this up at this stage.

I think we need a guide to living with NEPHT. I think they have overextended and removed any remaining goodwill this time.

Anyway, NPHET looking to move to level 5 and finish the country off once and for all. Surprised how little reaction to this on the Pin. Cant see cabinet rubber stamping this one. Something strange going on though, last Thurs Nphet said they wouldn’t be recommending moving country to level 3, and a few days later Holohan decides to return and first day back calls a Nphet meeting and attempts to shut country down with a level 5. What happened in those 3 or 4 days?

No level 5. As you are for Dublin and rest of the country joins us at level 3

Interesting to note that lefties like Coppinger and Boyd Barrett are straight out of the traps to suggest that blood will be on the Govts hands for failing to lockdown if numbers rise. They really want the economy to tank so as to make capital from the ensuing human misery.

The fiscal cost of the pandemic is becoming clearer but it could get even worse:

€42 billion in 2020 and 2021 could quickly become €47 billion or more and the momentum of economic recovery would be halted, with unemployment remaining above 14 per cent.

Almost all of this deficit is due to increased government spending. The only tax cut worth noting is the VAT reduction from 13.5 per cent to 9 per cent. No help if your pub or restaurant is closed.

When did economic stimulus become synonymous with increased government spending?

Will this largesse become permanent?

They have just bought compliance and loyalty sweetened with hope .

Interesting take on the future of what became a cash cow for the education sector over the past decade.

This should result in lower rents in the short term and will put financial pressure on Irish 3rd level institutions over the medium to longer term.

The interruption of lectures twinned with a sharp decline in international students has precipitated a cash flow problem for the majority of Irish universities, Trinity not least among them. With Queen’s College Belfast chartering literal planes to fly in foreign students and societies seeing corporate sponsorship dry up, the business model by which Irish universities have coasted on appears to be hitting a fork in the road.

For the decade after the ‘08 crash while being engines of progressive power, the majority of Irish universities have survived only through a hybrid of foreign students paying inordinate fees as well as private sector donations. With the cessation of foreign travel this equation is shattered, the number of international students tanking in the region of 50% in some institutions, with many pondering the sector’s viability.

Is Ireland’s International Student Bubble About to Burst? | The Burkean

Corona and Third Level’s Financial Circuit Breaker The interruption of lectures twinned with a sharp decline in international students has precipitated a cash flow problem for the majority of Irish universities, Trinity not least among them. With...

The linked Journal article is here 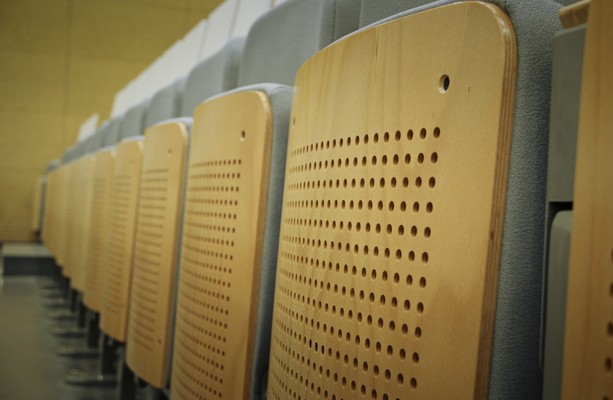 'A slightly lesser place': Challenges ahead for universities as international...

A less diverse campus and a devastating impact on university income lies ahead due to a drop in international students.

This should result in lower rents in the short term and will put financial pressure on Irish 3rd level institutions over the medium to longer term.

I can see a number of the student developments that have sprung up being taken over by the councils to alleviate the pressures they are facing, so a bail out in effect. The Greens have signalled that Direct Provision is going to end over the next few years so this might assist them in that endeavour. Hopefully students manage to get cheaper rent out of this. Though if general rents drop considerably in the medium term they might start looking at renting in the places they got priced out of in the last 7-8 years.

Those new developments under construction in Belfield are a sight to behold. If foreign students don’t return in large numbers then they will have a serious hole in their finances.

not to hijack thread, but from a property perspective, if the pharma scam doesnt succeed, property will go through the floor in ireland 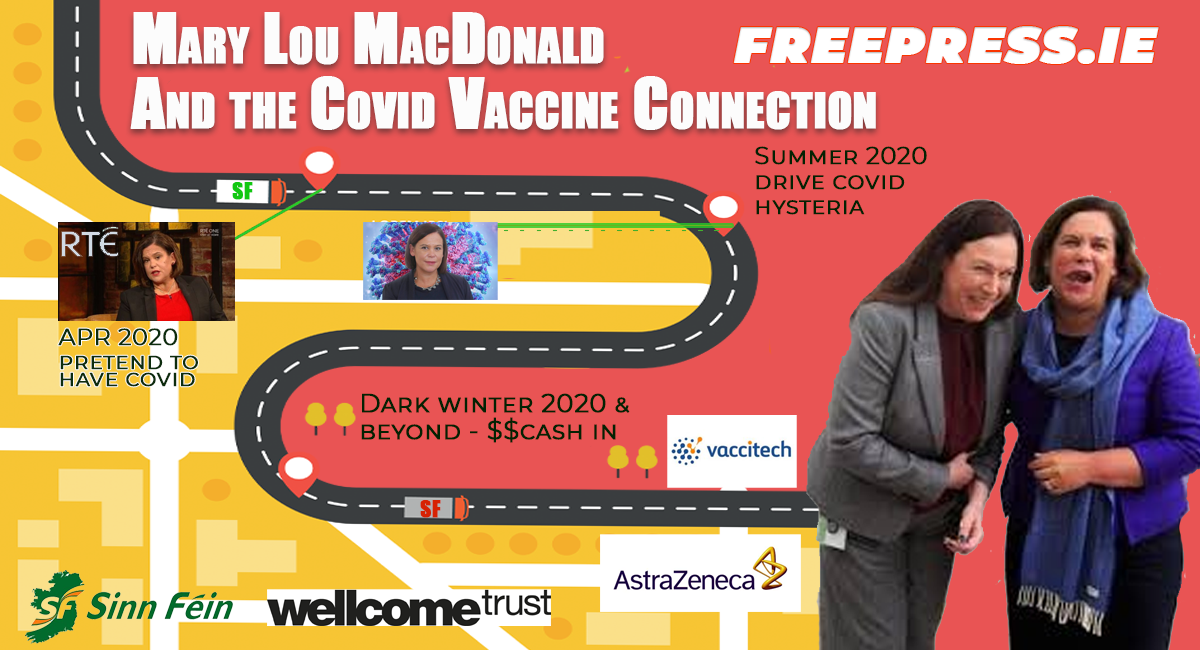 Is Mary Lou MacDonald a British crown plant? Her family will benefit financially if vaccine programs roll out for 99.9% survivable Covid-19

The Narco state article on there explains the impact on emports, scroll down the main page

MLMcD’s ascent through the ranks of SF alone is an indication that there are “higher powers” within the organisation. She was noted early on as a much easier sell than some ex-con called Patsy from the Falls Rd and fast-tracked to the top; you can see a similar trajectory with Michelle O’Neill who ticks many of the same demographic PR boxes. The question is whether the people who put both of them in place are operating out of Belfast or London…

'I'm sorry but who thought this was a good idea?'

ever get the feeling that they’re trying to tell us something - its almost like theyre seeing what they can get away with and how far they can push people before they wake up. Like a grand experiment - “how much has 30 years of brainwashing achieved? Let’s see”.

Looking around Ireland, i estimate 70% of the population still believe the tv and politicians. 20% understand it and are fighting it. And 10% are mentally destroyed by their knowledge that its all a massive scam/lie/hoax

Bizarre maybe, but then again not really, it’s all a bit Anna Nicole Smith.

Popular culture is one giant m k ultra psych attack anytime I have a peep at it through the slits in the window blinds. It’s not Art. It’s so very much not Art. 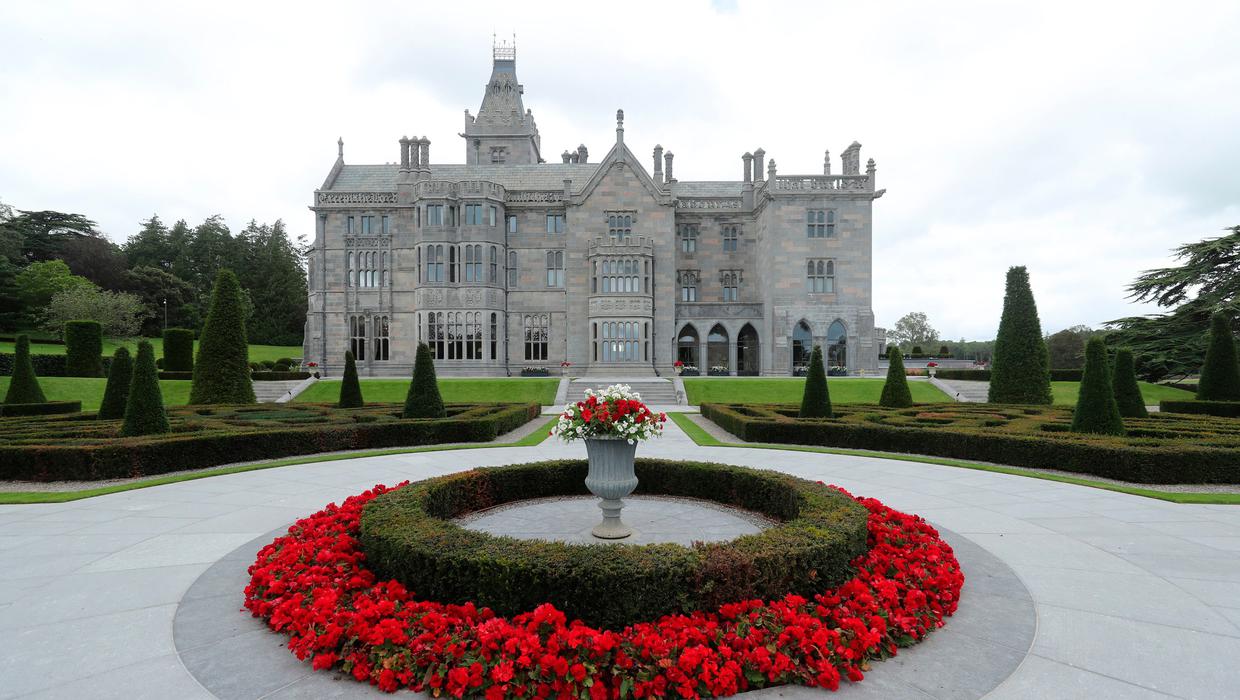 Adare Manor, the luxury hotel owned by magnate JP McManus, has lost its general manager and temporarily laid off three quarters of its work force, in a series of changes at the five-star estate.

Interesting to note also that Limerick hurlers appear to be unsponsored this year. JP McManus (who owns Adare Manor) had been funding them over the past few (very succesful) years but they dont have a sponsor emblazoned across their shirt the last two Sundays. Not clear if its related.

Hopefully he weathers the storm.

A lot of people very dependant on JP McManus across a number of fronts.

They are fighting the good fight as they know how.

I stayed in Adare Manor a few years ago before they did it up. Price was c.250/night. After the refurbishment their prices are 375/night min.

My guess is covid means rich foreign guests aren’t around this year. Prices were not dropped to attract Irish guests either

His job as Minister for Public Expenditure and Reform is to control public expenditure but our politicians, without exception, are pressing for more public expenditure without regard to the tax burden. Their extravagance was manageable while growth in the economy boosted revenues, especially Corporation Tax, and they “forgot” to unwind emergency taxes. This year, the ECB has supported the Euroarea economy by hoovering up its Member State’s sovereign bonds - and rightly so during the pandemic - but the central bankers have told the politicians that this won’t last.

There will come a time, perhaps as early as later next year, when our borrowing costs will be fully determined by the attitude of investors on the markets.”

You might imagine that this would be a good time for the Minister for Public Expenditure and Reform to tell us that the additional, COVID-related expenditure would have to be unwound as quickly as possible when the pandemic is over. If so, you don’t understand the first thing about Irish politics today.

“I think we will inevitably have a larger state coming out of the pandemic,” McGrath says. While some interventions have been temporary, “we have also made decisions that will result in a permanently larger public service”.

So how will you pay for this huge public service, Michael?

“We have to keep our options open. We’re certainly not saying that there won’t be revenue-raising measures in the Government’s lifetime, because I think it is inevitable there will be some.”

After the double-negative smokescreen, he gives us the bitter truth - tax increases are inevitable because he won’t unwind the COVID-related growth in State expenditure. He also knows he can’t rely on Corporation Tax (last month’s outturn was further proof that no one in Merrion Street has the faintest notion what revenue we will get from that golden goose.). Even the new carbon taxes won’t suffice, so it’s open season on the taxpayers.

While carbon tax increases are a function of policy that is written in stone, “in other cases, it would be a reflection of the fact that we are placing a priority on the provision of good public services, and that’s something that I strongly believe in”.

Every Irish politician assumes that public expenditure is a zero-sum redistribution game although our economic history provides a text-book example of how tax cuts can boost the economy. I can’t think of any serious media commentator who highlights the point. I can remember when the phrase “Celtic Tiger” was a source of pride (i.e. before Bertie became more socialist than Joe Higgins).