The Final Rule, the One Rule to Bind them.

The Bill also adds that it gives the Minister for Health “the power to designate areas as areas of infection of Covid-19 and to provide for related matters.” 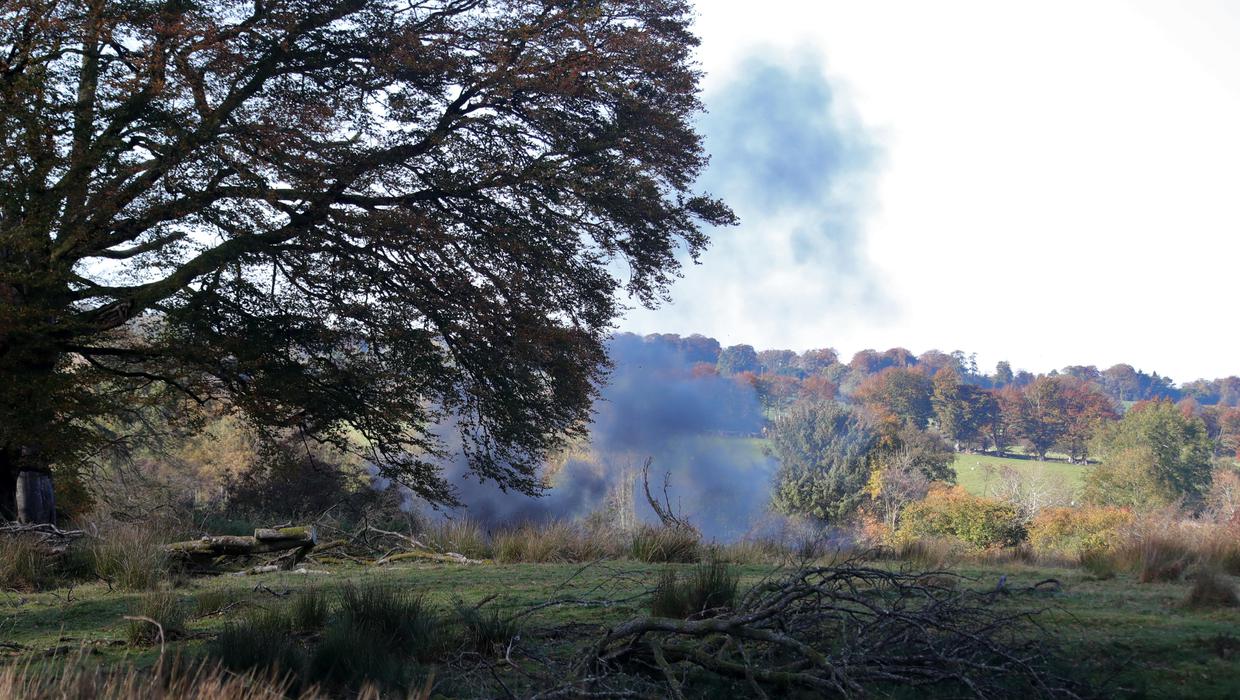 Three military camps will be adapted into isolation units to help deal with...

Three military camps are being adapted so that they can be used as isolation centres for Covid-19 patients.

Just in time for the new boys watch:

Lieutenant General Seán Clancy frowns as he outlines the threats Ireland will face in the years ahead, wanting no one to be in any doubt about their seriousness

So how are they getting on with this?

Right now they are ruling by advice, they’ve been reduced to pushing advice. We didn’t elect advisors. We elected public representatives with the power and responsibilities to be watchful and cognisant, oath abiding legislators on behalf of the sovereign people, but for some reason in all of this, and more recently, they have devolved to the roll of being public advisors. Nudging peopel here, and nudging people there.

Forfeiting their occupational duties and I would argue any further claim to legitimacy of office or even relevance for that matter - Fascinating times.

Donnelly is no Plank.

The Cause of Todays Effect:

THE GOVERNMENT HAS been criticised for not carrying out the “most basic human rights assessments” or “some level of democratic oversight” of the extension of Covid-19 emergency powers.

Taoiseach Micheál Martin told the Dáil today that “it is not possible to have pre-legislative scrutiny” on the emergency legislation that is currently being extended in to the new year, stating that to do so would take up to six months.

During a debate on the emergency powers this evening, Health Minister Stephen Donnelly said to have debate and scrutiny on the emergency legislation would more or less take 33 weeks, six hours a day, three days a week.

…The Taoiseach defended the lack of pre-legislative scrutiny, stating:

These are not laws one would use in ordinary times. They are used for a purpose, they are specific and they are designed to try to protect lives and health. That is the motivation.

Is it my imagination or did this new on Dec 8th get buried and kept far far away form the top stories that day and even the next?

Bill provides for the extension of provisions until March 31st, 2022 with a possible extra three months

Legislation to extend Covid-19 emergency powers passed through the Dáil on Wednesday night.

The Health and Criminal Justice (Amendment) Bill passed by 87 votes to 48 and will now be sent to the Seanad. The Bill provides for the extension of the emergency provisions until March 31st, 2022 with the possibility of one further extension of a maximum period of three months.

Minister for Health Stephen Donnelly said previously the length of time of the extension was “proportionate, reasonable and given the environment we find ourselves in, necessary to protect public health”.

Speaking on Wednesday, he said the Government was monitoring the Omicron variant on a daily basis but “ a medium to long term approach” in response to Covid-19 was needed.

Sinn Féin’s health spokesman David Cullinane asked that every Covid-19 regulation, made under the legislation, be laid before the Dáil at least 48 hours before they come into effect. He said democratic oversight was “really important”.

“We’re talking here about emergency powers, which are very draconian and we’re talking about public health measures which have a real profound impact on people’s lives,” he said.

“I have never said that public health measures are not necessary but if the Government is free, which it has done, to interpret, to nuance, public health advice and then to have a view on how it should be implemented, then surely the same right should be afforded to the Opposition.”

The Waterford TD said there had been “far too many mistakes” by the Government in making and interpreting Covid-19 regulations.

“I’m not going to give you, as the Minister for Health, a blank cheque to make regulations, to do what I’ve seen done in the past without any level of democratic oversight.”

Mr Donnelly said sometimes the Government had to move very quickly in terms of Covid regulations and for that reason it was not practical for them to come under pre-legislative scrutiny.

Labour TD Duncan Smith said there had to be a better approach than “coming back every few months to have a look at extending these pieces of legislation”. He said his party understood that painful and difficult decisions were ahead but that he hoped as 2022 approaches “we will see a more long-term legislative approach”.

“This isn’t a long-term way of dealing with this, this is short-term legislation that’s being rolled over in emergency fashion,” the Dublin Fingal TD said.

“At some stage Covid will be with us and it can’t be an emergency anymore, it’s just going to have to be part of how we are living our lives and our health services adapting to it.”

People Before Profit TD Richard Boyd Barrett said he wasn’t supporting the Bill and that the “incoherence and often arbitrary and sometimes directionless approach of the Government” and its handling of the pandemic was frustrating.

“I seriously ask the question at this point, where is the [Government’s Covid] strategy heading? Where exactly are we going with this, what exactly is the objective of what we’re doing, I seriously wonder,” the Dun Laoghaire TD said. Mr Boyd Barrett said he was concerned at the lack of clear rationale for “some of the powers that the Minister wishes to have”.

Independent TD Mattie McGrath described the Bill as “draconian and rushed” and said Nphet had “lost the support and confidence of the people”. “I believe you [Mr Donnelly] and your officials in the department of health have just run riot, you’re running amuck, you have treated this house with total disdain,” he said.

Independent TD Carol Nolan said “we can’t stop everything, we can’t down tools and we can’t do this to people”.

This should scare the crap out of us all.

This was introduced to be abused. All dissent can be silenced with this. All of it.

We have same here already no? Since the beginning.

Introduced first in 2015. The deeper this goes the more you suspect the worst.

The bill does not appear to have a seconder. However it looks like it’s a placeholder and has had many reincarnations to keep it on the burner. Unconstitutional but it’s a horror show having something like this waiting in the wings. Bit more panic and the proles will beg for laws like this.

Again… did the Dec 8th extension here get much attention at all, an 'awl debate or something on Prime Time like, can anyone remember that far back?

Ireland will be signing up to the WHO pandemic treaty

Look who is with wef now. Bubble boy (Via Threadsirish).

Deltacron: What scientists know so far about this new hybrid coronavirus

Deltacron has likely spread across borders, which emphasizes the need for ongoing genomic surveillance to keep tabs on how the virus is changing and moving.

It was either that or the circus.
“we got lucky with that one”" lucky’s fav words.