The Financial Crisis: Nowhere Near Over

Earlier this month, I detailed 25 US commercial banks that had trillions (with a “T”) of dollars’ worth of exposure to derivatives on their balance sheets. At the time, I stated that even if 4% of the notional value of these derivatives was “at risk” and only 10% of that 4% went bad, that you would wipe out the total equity at the five large US banks.

Given how mortgage-backed securities turned out (and those securities were regulated, unlike derivatives), I believe that most, if not all major banks in this country are insolvent or would be recognized as such if you marked the assets on their balance sheets at anything resembling market values.

As a review, here’s the chart I presented revealing the banks and their derivative exposure:

Paints quite a picture, doesn’t it?

This alone explains in no uncertain terms that the financial crisis is anything but over. Sure, the Federal Reserve may have pumped $800+ billion into the financial system; yes, the Fed is buying some $1.2 trillion in mortgage-backed securities; and, of course, there are the Fed’s off balance sheet arrangements, which we cannot even begin to quantify.

But all of these efforts amount to diddily-squat in the face of trillion and trillion in potential losses in the derivatives market.

Sure, the banks may not publicly state how much of their derivatives are “at risk,” but when you’re talking about $200+ trillion (an amount equal to four times global GDP) it doesn’t really matter how much is “at risk.” As I said before, if even 4% of this is “at risk” and 10% of that 4% goes bad, you’re talking $800 billion in equity wiped out (that’s the entire equity of the five largest commercial banks).

I know this… as does anyone who does a little homework on the banking industry. Including… the banks themselves.

Now, Goldie is widely held to be the “smartest” guys on Wall Street (not my opinion) so its net shorts (the stocks or companies they’re betting against) were particularly interesting to me:

The above positions combine Goldman’s long and shorts (stock and option based positions) for the net short positions. In simple terms, Goldman may be long these companies, but because the bank is also shorting them (and shorting more shares than it is going long) it has net short positions. Put another way, these are the companies or positions that Goldman is betting the most money on falling in the future.

For starters, four of the top 10 are financial companies. The largest financial short is Wells Fargo (WFC), which Goldman has committed $289 million to betting against. After that it’s Mastercard (MA) ($266 million), then PNC (PNC) ($202 million) and finally AIG (AIG) ($152 million).

Looking at Goldman’s positions, it’s plain as day that Wall Street’s “finest” do not believe the financial crisis is over (why would they be betting against the banks if they did?). It’s also clear that Goldman’s analysts have noted, as I have, that both Wells Fargo and PNC both have massive exposure to the derivatives market (the fact that Goldman also has massive derivative exposure is beyond ironic).

However, where things get absolutely absurd is Goldman’s short position of AIG. Goldman, as has been widely documented, was one of the largest benefactors of AIG’s bailout (the then investment bank had massive counter party exposure to AIG’s toxic balance sheet). To see Goldman now betting against AIG after receiving $13 billion in tax payer money to ensure that the former didn’t go under along with the latter is outrageous (if not infuriating) to say the least.

On a final note, I wanted to point out Goldman is also shorting a Euro index (betting against that currency) as well as two gold mining companies (Barrick (ABX) and Agnico Eagle Mines(AEM)). This indicates that Goldie is bearish on both the euro and gold. which hints that Wall Street’s finest are likely betting on a US Dollar rally (that would, after all, be the most obvious catalyst for a correction in gold and the euro).

To be blunt, it’s clear that Goldman (like me) believes the financial crisis is nowhere near over: four of its top ten largest shorts are financial companies. It’s also worth noting that Goldman is betting against gold and the euro. Given Goldman’s incredible access to and close relationship with the regulators and federal government, I see this as further proof that we may be seeing another stock crisis triggered by a Dollar rally in the near future.

Do you seriously think for one second,a company like GOldman would publish its positions so that others could profit from them?

Those positions may have existed for a very brief time - in order to confuse and mislead the market,the real long term bets are more likely to be on the opposite side of those trades listed.

Hey Prof, have you got the longs?

Second shockwave rolling in from the States in 2010/11, double dip recession 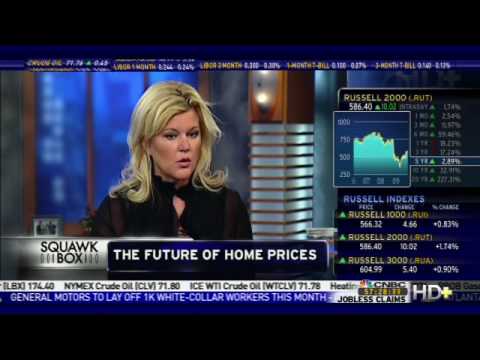 Here are your possibilities:

Business that remit sales tax are lying. The overall sales tax collections in the 3rd quarter were down 8.2% from last year’s levels, and this is the fourth quarter in a row that year-over-year declines were posted.
One of these two reports is a lie.

One is a count of actual monies remitted by businesses in satisfaction of taxes collected by them from real consumers processing real retail transactions (that’s the spending that matters in the real economy, right?)

The other, if you read the BEA methodology papers, has the word estimate peppered liberally throughout.
Which do you believe?