That’s from Société Générale own uber-bear, Albert Edwards, who might want to stay indoors if he visits Paris on his way back from the mountains.

In this week’s global strategy note he draws our attention to the rapidly deteriorating French trade deficit:

I expect the harvests will be down significantly this year, reducing French agri exports.
Wheat looks quite sparse around the north; fruits will likely suffer as well. Could be a good year for wine quality, though expect reduced somewhat quantity.

Their banks ain’t looking too hot either: 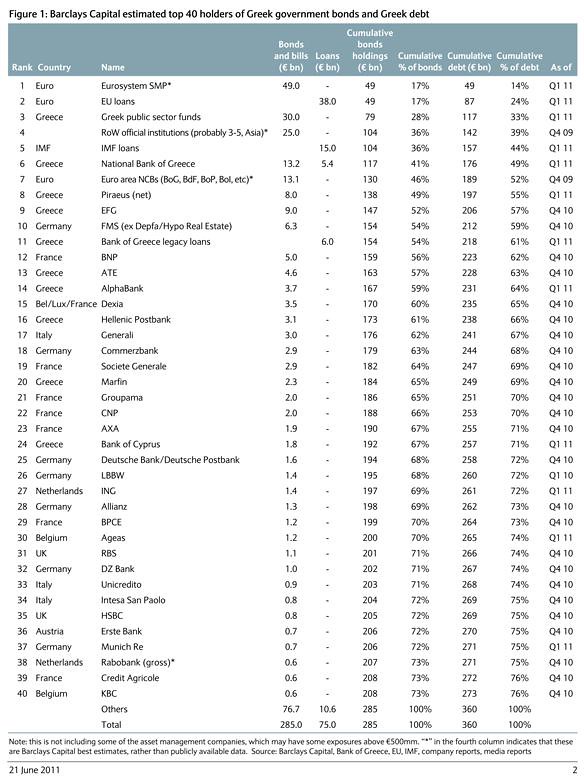 There are some good graphs here showing their exposure to the periphery countries also:

This is part two of our recap of the European Bank Exposure analysis that we released last year in anticipation of a total refresh next week encompassing all of the interesting turns of events. In order to get a full appreciation of the gravity of the capital trap that the European banking system is in, and by extension the European commercial real estate markets, I humbly request that you review the last four BoomBustBlog posts on this topic before you move on, including the videos of my keynote presentation at the ING CRE Valuation seminar in Amsterdam. The video walks through the capital trap quandary that the European banking system is in from a bird’s eye level. In this article we will drill down to the street level by illustrating a French bank featured in last year’s analysis: