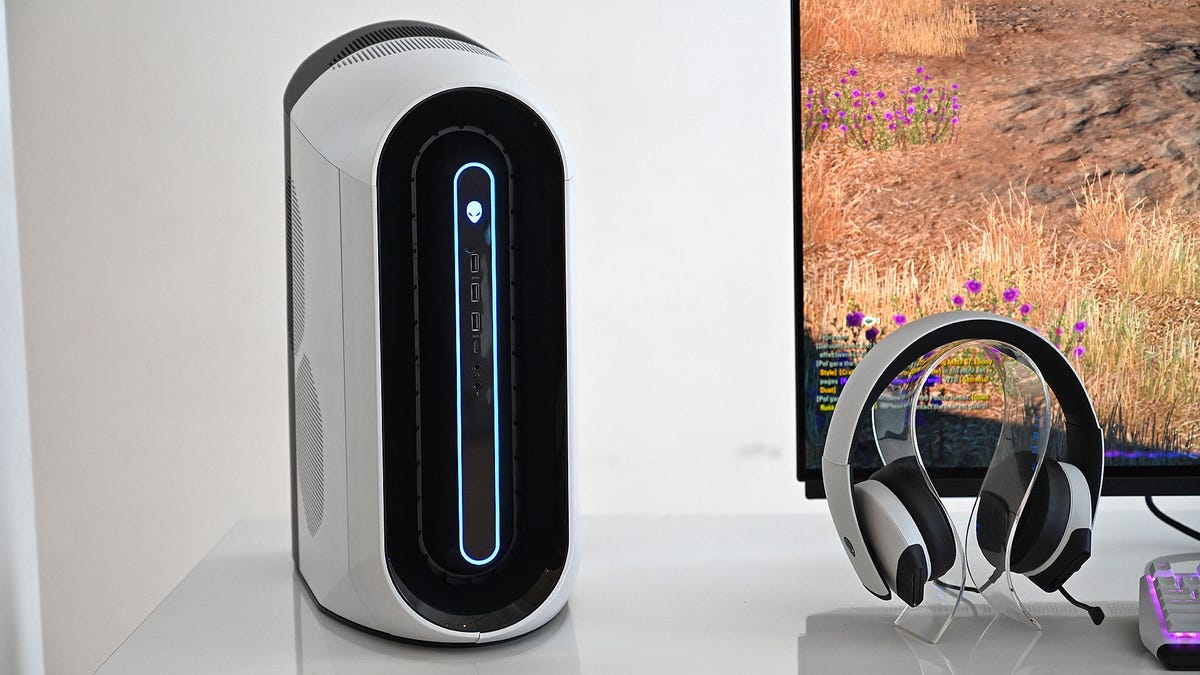 It's About to Get Harder to Buy a Gaming PC

Dell already has restrictions on shipping some high-end desktop configs to six states.

Is there any reason why temperature, independent of humidity, is used for measuring something posed as civilisation ending?

To measure the energy in the atmosphere you need to take humidity with temperature. You get different temperatures for the same energy at different humidity levels.

So max temperature records are a bit silly without it

Sea ice levels at this time of the year are very difficult to trend well as we’re in the summer rapid melt phase. For environmentalists, the important figure is the maximum spring level usually the last week of March that is used to shout “global warming”, or for alarmist the Autumn end of melt in late September “ICE FREE ARCTIC” if this figure ever gets to zero. The end of winter figure this year is near the minimum levels recorded since the late 1970s.

When it comes to pre-built desktop PCs, while the CEC does allow for higher power draw for systems with discrete graphics and other power-hungry components—systems made after July 1, 2021 are restricted to a max power draw of 75 kWh/yr with some wiggle room based on the specific config—it seems a number of high-end systems from other manufacturers may soon have to contend with energy regulations, too.

OK, so you buy a high powered gaming system, how many hours a day do you use it for? Can you simply run it for shorter periods of time, what are they basing the 75KWh/yr on?

Probably just end up with a faster renewal cycle as older GPUs are thrown out to be replaced with newer ones that have more bang per watt.

@Open_Window- This is a thread I have never once looked in 12 years.

But now I fear the Greens because I don’t see them as quirky bike riders or useful mudguards for FF FG. They’re Eco Totalitarians - all of what they want to achieve requires totalitarian control over society. They are the Workers Party of the current day. And in a coalition they will sign up for any non environmental policy in order to get further totalitarian control as a quid pro quo.

As I regard them as every bit as dangerous as the Stickies I must think of concrete ways to lessen their influence.

Yep. Never to late to get busy. Push back.

The lines are drawn.

Yup. Humans are totally responsible for the plastic and other pollution, as well as destroying a shit load of habitat, even here in Ireland, but I think a lot of global climate is down to the sun.

Well, yes if you consider that the planet is 98% solar powered, the reminder caused by geomagnetic heating which is also solar powered.

But worth remembering though that much of the local warming is caused by local human activities in that area, remove the trees and replace with concrete will cause temperatures in the place and surrounding areas to rise significantly above the pre development times, also remember that most of the weather stations used to measure climate change are located close to developments.

Floods are mostly caused by bad river management, remember when we had floods a couple of years ago, many of the houses were build on flood plains and others were in areas that flooded after water was diverted away from towns by flood prevention systems.

But the shout “climate change” is made as it that magically diverts the problem away from the local people directly responsible for the actions that caused the higher temperatures or flooding. Study finds 14 residents of this town die prematurely every year. The reason?... 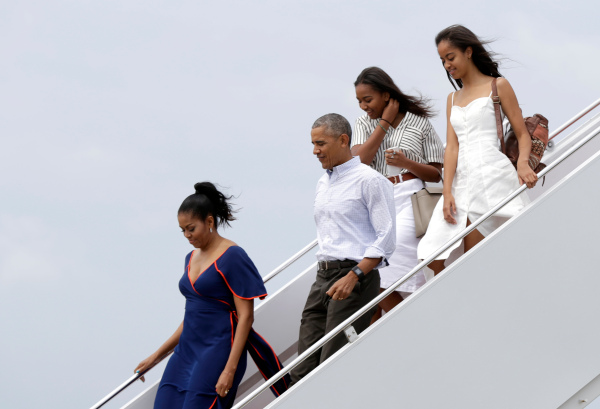 Barack Obama had planned a massive 475-guest 60th birthday blowout on his sprawling Martha’s Vineyard property this weekend, but even after scaling the party back after facing flak from both sides …

Watch your carbon footprint everyone, it’s clear that people like Obama and Trump do

All on message today.

The IPCC AR6 Report is out tomorrow and, if the past is anything to go by, you can expect a globalist doom-fest largely written by CCP. The globo-Marxist media will be assisting the "pivot to Climate", enabling many of the restrictions of Covid 19...

If you think the injections are not part of this plan, think again.

As usual, no mention of the role played by big globalised corporates who are only interested in lining their shareholders pockets. The excessive consumption that they perpetuate with their policies of rapid transfer of resources from quarry to landfill with each and every step requiring huge amounts of energy.

It’s no wonder that things are going south with no realistic chance of resolution, not while the people who pull the strings are looking the other way.

It is little appreciated that the increasing CO2 level is actually beneficial to the greening
through photosynthesis of the planet, and therefore may be beneficial to feeding the global
population as it heads towards 9‐10 billion.

This has been verified by several researchers, the first being Myneni, who established from
satellite observations that there had been a very significant greening of the planet between
1982 and 2015 (see Figure 41). Further studies [50,51,52,53,54,55] have shown that the
increased CO2 level also reduces water requirements of agriculture.

Repent before the altar of new-truth-and-reconciliation, repent!

The managing director of RTÉ News has apologised that the national broadcaster did not link the recent extreme weather to climate change.

Increasing the population is probably the worst thing that can be done with respect to the planet, more people consuming more resources.
Faster destruction of the natural habitat, loss of bio-diversity we’re rapidly heading towards a situation where one virus could wipe out a mono-cultured staple food crop and no one could stop it from happening.
CO2 is the least of our problems, that’s why is is so good to use as a diversion.

Just putting it up but yeah shooting populations not going to help matters but as it is nevertheless happening, then they’ll need to be fed.

On reading that, ‘shooting’ them would help…

I dunno if anyone noticed, but there is no debate on this issue. It is now canon. So I think it’s time to close this thread and start a new one.

3 posts were merged into an existing topic: Earth Lockdown - “Climate Change”, the final move to enslave the world real good