Apropos the Aussie wildfires, here’s a fascinating paper from a few years back: Global trends in wildfire and its impacts: perceptions versus realities in a changing world.

Basically it says the world has been on fire for millions of years, long enough for species to evolve that cope with it or even rely on it. There’s a lot less burning going on than there used to be, even in recent modern times when rural burning was an important part of landscape management. Charcoal sediment analyses show that less burning is going on than anytime in the last 2000 years. Still, an astonishing 4% of the world’s land surface burns every year, around 30-40 million square km.

It is only recently that total fire suppression has been seen as a desirable thing, and media reporting reflects that. Australia had a 5% decrease in fires from 1996 to 2012, a period which include Black Saturday in Victoria, though the recent events will no doubt affect the stats. In the US, decades of fire suppression have increased the susceptibility of certain types of conifer forest to fires. But areas subject to traditional fire management show no increase. Compared to pre-European settlement, fires have decreased by half. Climate change may have increased the length of the fire season and the area burned in some regions but there is no significant trend.

Globally, fires are a miniscule threat to human life compared to other natural disasters. Studies attribute less than 4000 deaths to wildfires in the last century or so. In the same period there have been 2.5 million deaths from earthquakes and nearly 7 million from floods. Increased economic costs from fires reflect rising populations in the “wildland-urban interface”. This is not just from property loss but from increased spending on fire suppression. This may result in more deaths too – in some events two thirds of the lives lost are firefighters.

Interesting points, unfortunately the green movement is going to ignore that kind of thing and eat itself.

Records both ends of the spectrum, naturally highly variable and or our records aren’t long enough to have a true average yet…

nt. Charcoal sediment analyses show that less burning is going on than anytime in the last 2000 years. Still, an astonishing 4% of the world’s land surface burns every

Over the last decade, several high-profile scientific studies have reported that tropical fish living in coral reefs are adversely affected by ocean acidification caused by climate change—that is, they behave oddly and are attracted to predators as levels of carbon dioxide dissolved from air pollution increase.

But now new research suggests that isn’t the case.

In fact, in the most exhaustive study yet of the impacts of ocean acidification on the behaviour of coral reef fish, headed up in Australia and co-authored by two Université de Montréal researchers, it turns out fish behaviour is not affected at all.

“The past decade has seen many high-profile studies that have found alarming effects of ocean acidification on coral reef fish behaviour,” with some reporting that “fish become attracted to the smell of predators in acidified waters,” said lead author Timothy Clark, an associate professor at Deakin University’s School of Life and Environmental Sciences in Geelong, a seaside city near Melbourne, Australia.

But when they tried to re-do those earlier studies with many of the same species, and by crunching the data in a new analysis, Clark and his team of Canadian and Scandinavian scientists—including UdeM biologists Sandra Binning and Dominique Roche—arrived at very different results.

It turns out the original results couldn’t be replicated.

Double-checking the science: Ocean acidification does not impair the behavior of...

Sometimes it helps to check the facts. You may be surprised what you find.

The world loves kangaroos and koalas. Now we are watching them die in droves |...

Australia’s cherished native fauna is a symbol of a wild continent unlike any on Earth. As millions perish in bushfires, we all grieve

Up to 100 species on brink of extinction after devastating bushfires

It is estimated around 1.25 billion animals have perished in the fires - now there are fears we may have lost entire species.

Prior to Western colonisation of Australia and modern populations on that continent when fires burned pockets of native wild life survived and spread after. Now we have cleared huge swathes of native bushland for feed our large cities. ‘Greens’ often think we can increase populations endlessly and that its ok if we just live in dense cities so we can all get the bus or cycle - totally ignoring our rural footprint.

Emergency warnings have been issued for fires near two townships on Kangaroo Island, after the Australian Defence Force helped with evacuations this morning.

Kangaroo Island has some important Koala and Bee populations. But agriculture has confined it to a pocket of forest on the south and western regions (western forest has already gone up in smoke)

Bigger is better: population boost will increase quality of life 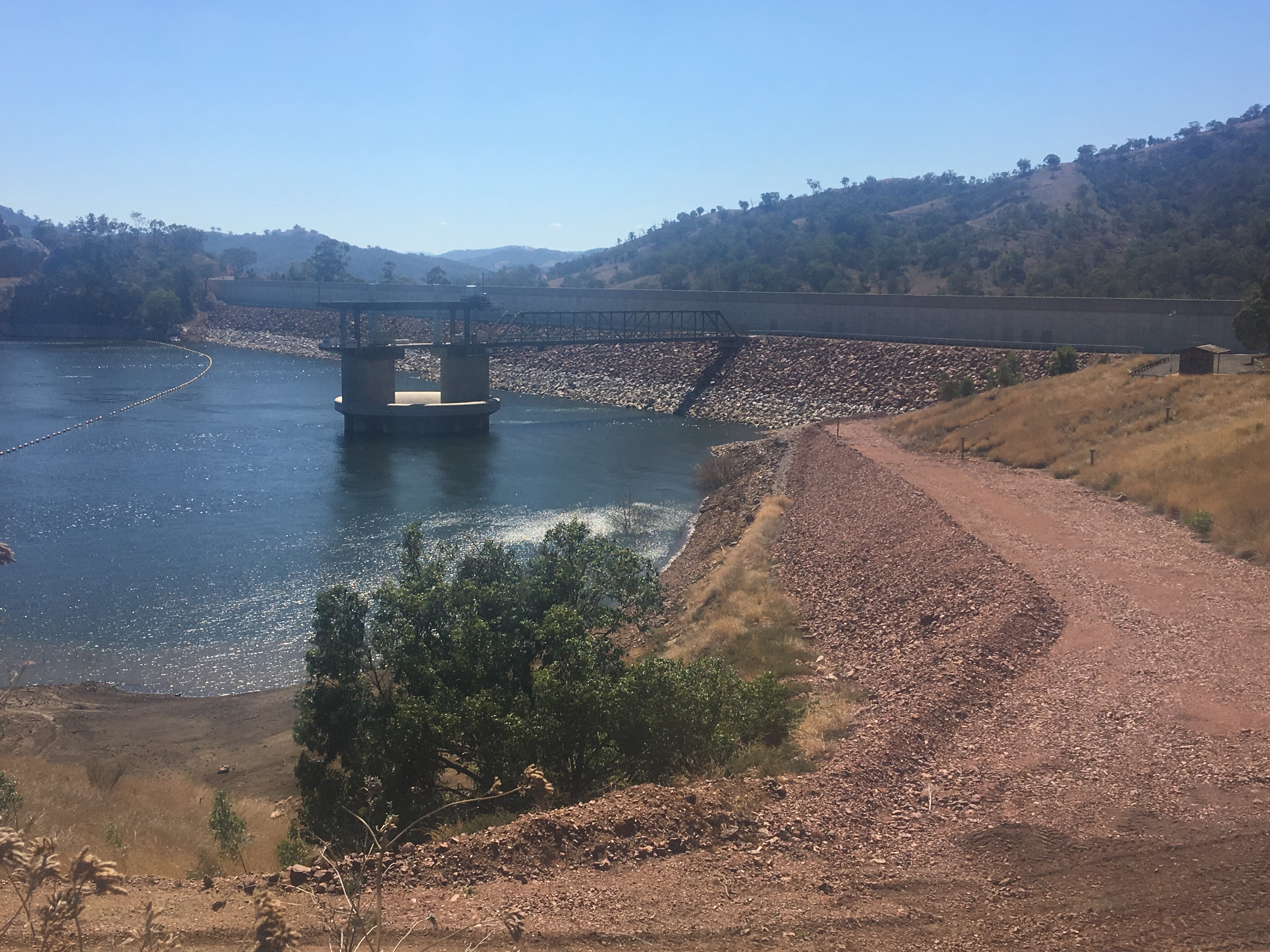 Find out about current water restrictions in your area and what they mean for you.

The dam is at 13% capacity https://www.waternsw.com.au/supply/visit/chaffey-dam

Here is the punchline…

How long before Tamworth reaches a population of 100,000

While water is a major concern for the city presently, the mayor said a growing city would demand government investment in a greater security.

“I would argue we have got no chance of increasing our water security without having population growth,” he said.

"That’ll force it to happen.

“I have absolutely got no concerns that there’ll be water for the future, providing we have got the plan and got the population growth to strengthen it.”

Agendas and propaganda are the number 1 thing, on both sides

That was a bit longwinded but the main point is inescapable. If you don’t reduce the fuel load by burning the Aussie bush in a controlled way then it’s going to burn in an uncontrolled way. The current disaster was 100% predictable based on misguided Green policies which fly in the face of 30,000 years of land management practices. To use a pun, climate change is a smoke screen.

That was a bit longwinded but the main point is inescapable. If you don’t reduce the fuel load by burning the Aussie bush in a controlled way then it’s going to burn in an uncontrolled way. The current disaster was 100% predictable based on misguided Green policies which fly in the face of 30,000 years of land management practices. To use a pun, climate change is a smoke screen.

True, but try saying that to environmentalists. Maybe what we are now seeing in Australia is an example of what the bush fires were like before the native Australians started to “manage” their environment.
This of course has nothing to do with climate change, but is most certainly an entirely man made disaster.

A little island off the coast of Darwin may have just broken a more-than-50-year...

An island off the coast of Darwin is hammered with 562mm of rain in 24 hours, potentially breaking the Northern Territory's daily rainfall record.

have a browse through outback ‘farms’ and see how much land it takes for x amount of livestock https://www.realestate.com.au/property-farmlet-sa-cradock-700028890
does 450 hectares to produce 150 lambs a year sound like a good use of land? an environmentally friendly use of land?

That’s Australian land management. People will protest the relatively small footprint of an open cut mine but they always have a soft spot for farmers who farm deserts then seek handouts after droughts

"Facebook says the bug was the result of a code update that it pushed Thursday evening."

A decade later, do many even remember Climategate? (Circa Nov 2009).

Actually, the explanation there looks plausible to me – the Facebook page is just reposts of her Twitter. Facebook is for oldies, none of the cool kids use it … it would almost be surprising if she was using it. Coincidentally, I was just watching a new video about ClimateGate. It’s a good summary, which I would have posted here, except I noticed that the creators (Climate Discussion Network) had done a bit of fiddling with graphs themselves to make it look like government predictions were worse than they are. Always gotta look carefully for lies on both sides of this debate. For what it’s worth:

How do you know it wasn’t a genuine error rather than a lie?

How do you know it wasn’t a genuine error rather than a lie?

If you’re referring to the lies in the video, I know because you don’t make a careful, polished 20 minute video about falsifications in graphs and then accidentally insert a few of your own.

Perhaps it was a genuine mistake.