Came out of UCD I think and didn’t take off from what I recall.

Probably not “sexy” enough, but it would be easier to manage the stresses if the generator is at sea level as opposed to hundreds of metres above the sea.

unlike switching to diesel which was sexy 10 years ago… The balls on Eamonn Ryan looking to put the ‘new sexy’ into a program for government now after that generational cockup.

Wave power is never going to be a runner in my opinion. The total tidal power dissipated by all the world’s oceans is comparable to human electricity consumption. That’s the friction of every ocean basin on the planet, not just the bits lapping on the continental margins. Wave power is just too diffuse a source to be anything but an afterthought. A better bet is turbines that harness ocean currents or, better still, the manmade version that uses tidal lagoons.But even there the hydraulic gradient is very low and vast lagoons are needed which will have the Greens in a tizzy about ecological damage. We’re talking about things on the scale of the Severn Estuary proposal, which would obliterate tens of square kilometres of mudflats and associated ecosystems.

From here: http://www.reuk.co.uk/wordpress/hydro/calculation-of-hydro-power/,
a 5m head gives 50kw per m3/s.
Wikipedia states maximum discharge of 300 m3/s. Lets assume 4 hrs a day for this because of the nature of tides and divide by two for a mean discharge volume.

4hrs x 150m3/s is 7.5mw peak, how does the lagoon stretch the peak discharge time? Actually you have the tide going in both directions…

If my numbers are anywhere realistic this is about a tenth the size of Ardnacrusha, but the tide doesn’t go past it.

I believe there’s two different designs, an ebb-flood model which captures power from both incoming and outgoing tide, and an ebb-only model which waits for the maximum drop between the impounded water and low tide. The former is more continuous generation, the latter is higher peak power. Both of them are variable output across the lunar month as spring and neap tides can vary in total energy by a factor of several.

A Shannon Estuary tidal barrage is estimated to be able to generate between 4% and 12% of national electricity consumption. I presume that would be fairly high ecological impact. The comparable version of the Severn Estuary barrage from Cardiff to Weston-super-Mare which could generate 5% of UK electricity needs would cause 160 sq.km. of inter-tidal habitat loss. I can’t imagine it would please the Greenies.

Also, even the 2010 report that I read on the Severn proposal would have levelised energy costs of £312 / MWh for the largest and cheapest version. That’s well over three times the cost of power from the proposed Hinckley Point nuke, and that wasn’t cheap by any means.

The global warming/man-made climate change hoax has been completely forgotten about since the 'rona hoax arrived on the scene and even the mainstream media are finally admitting that we’re in a grand solar minimum. Cold weather crop losses will be a huge issue in the coming years.

I finally got around to looking more closely at this “grand solar minimum” and its recent parallels. There’s a new paper out about predicting solar cycles ( Chapman, McIntosh, Leamon, Watkins (2020): Quantifying the Solar Cycle Modulation of Extreme Space Weather, Geophysical Research Letters, Vol. 47, Issue 11, 16 June 2020). Figure 1(a) shows a useful averaging of the solar cycle over the last two hundred years:

The current minimum is seen to be far from unique, arguably being a part of a cycle with a period on the centennial scale. Look at the last similar minimum culminating around 1900-1920 or so. That happens to coincide with the early twentieth century warming – an anomalous global temperature increase that is still not easily explained. Conversely, the period from 1945 to 1960 experienced a slight global cooling, despite having the peak of 20th century solar activity.

The typical variation in insolation is 1 W / m² or less than 0.1% of the solar constant. There’s simply no evidence that forcing on this level can, or ever has, caused significant climate shifts.

A thought that struck me looking at the blue line and the post WWII dip - the obvious difference within terms of humanity activity, really novel activity from 1945 onwards into the 60’s was the proliferation of nuclear detonations and tests, with maybe a peak of high altitude/atmospheric nuclear test detonations in the 60’s or thereabouts.

According to wiki there have been over 2.1K nuclear detonations, those these are only the most powerful tests, it give some idea of the time line and frequency and the two busiest decades are the 50’s & 60’s:

Maybe someone might find a complete list of all 2.1K nuclear detonations on the planet and confirm I am actually mad.

I’m not getting you. Are you saying that nuclear testing might have affected the number of spots on the sun?

Is the blue line avg temp?

The blue line is average sunspot number.
You could be onto something if the nuclear air blasts had actually ejected enough material into the upper atmosphere to affect solar irradiation reaching the ground, but I don’t know if that has been studied or whether there is corroboration that have caused a short term drop in temperatures at that time…

Nuclear winter scenarios involve soot from fires caused by nuclear blasts, not the ejecta of the explosions themselves. I don’t think nuclear tests would have excavated nearly enough material to have a global dimming effect, and certainly not material lofted to the stratosphere were it would stay resident for long enough without being rained out.

Every summer, the Presena glacier in northern Italy is protected from the sun with huge reflective sheets

What an absolute brain dead waste of money.

Most Glaciers in the alps are gone under the current warming. Its a shame but this is just daft. 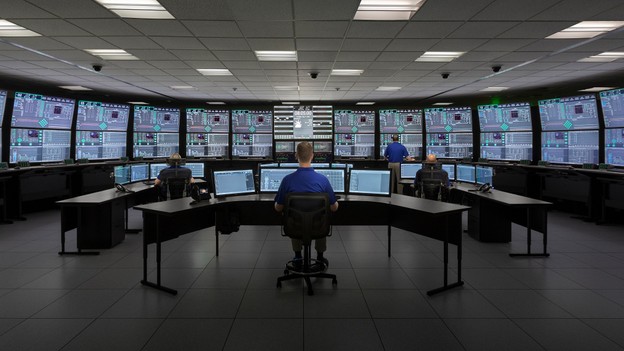 Small-scale nuclear reactors are starting to be developed around the world. Proponents say they are a safer and cheaper form of nuclear power. But will they keep up with renewables?

What is a Nuclear Microreactor?

What is a Nuclear Microreactor? 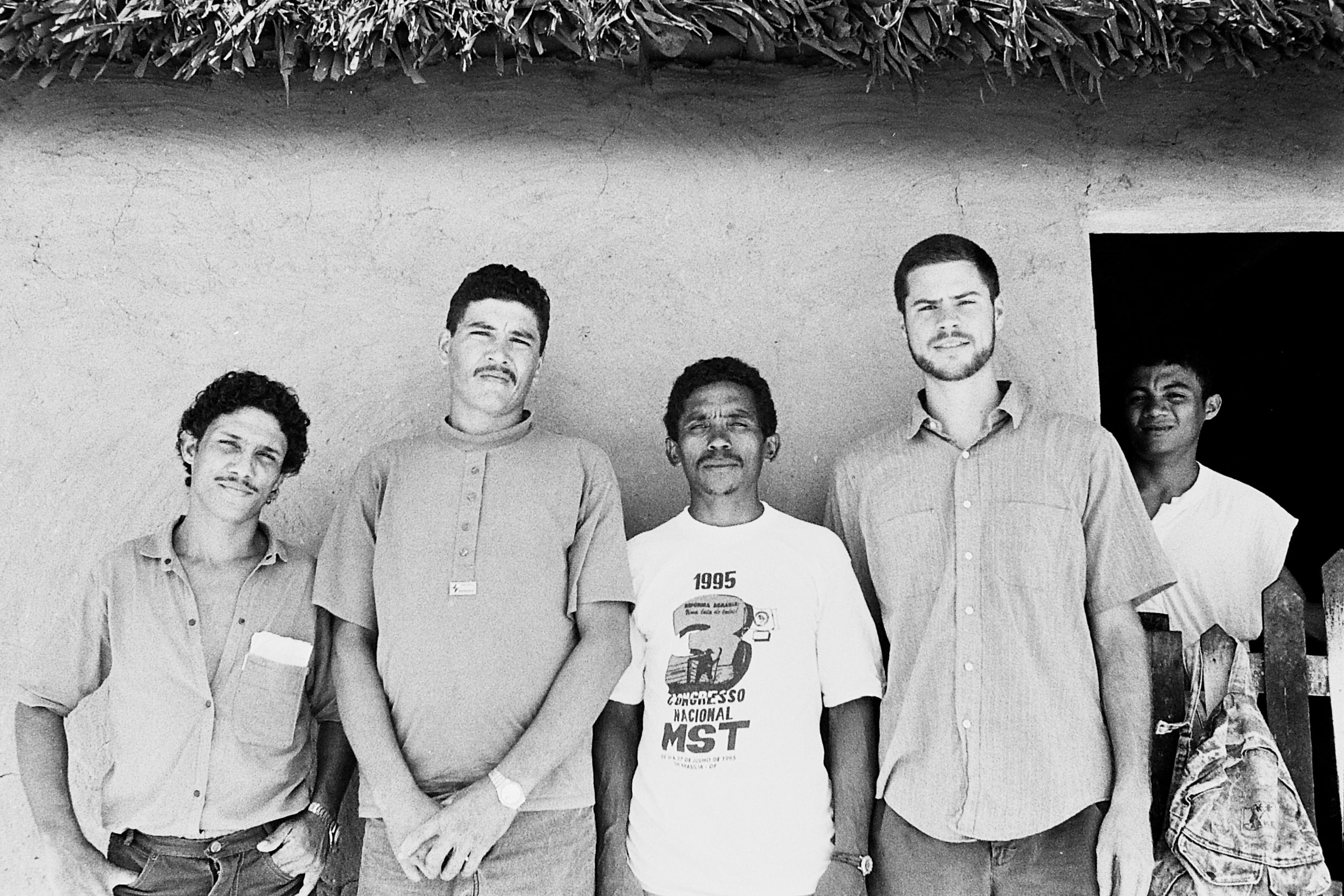 On Behalf Of Environmentalists, I Apologize For The Climate Scare - Quillette

Climate change is happening. It’s just not the end of the world. It’s not even our most serious environmental problem.

just looking through the key list, I must say that I think he is mostly bang on!

I’m not so sure about the first and last ones though, habitat destruction (which is human activity) is causing a mass extinction event to occur, and too much reliance on monoculture increases the risk of major food shortages should one of the key crops become diseased.

wrt PM2.5/10 I’m assuming? Open fireplaces are insane, but modern stoves are much better at assuring enough air is provided to burn much cleaner, still not as clean as gas, but it’s not cheap in comparison and we import it, we grow our own wood. Moisture content of firewood is important and I would love to see a body like the NSAI doing moisture content checks on the crap sold forecourts all over the country. https://www.nsai.ie/legal-metrology/enforcement-information/

In Irelands case, ripping out all the stoves for LNG is a bit risky, now that the Tarbert LNG terminal is in doubt, a mid winter interruption to supply would make covid look tame (for the duration) in that scenario - any buffers or storage would be consumed in hours i’m guessing, renewable electricity is in the main backed are backed by gas powered generation, so homes with gas boilers are cold and since airsource heatpumps are the ‘new black’ we have more homes relying directly on electricity for heat/light/hot water and ev’s…

I think the main issue is with wood fuel is more to do with where it is sourced and how much energy is used in transporting it to the end user.
Yes a well designed stove can be highly efficient when used with locally sourced wood, I think the main gripe is with commercial operations that destroy local environments to produce the firewood.

Increased reliance on electricity and how that electricity is generated are going to be major issues in the near future.

https://www.youtube.com/watch?v=Zk11vI-7czE&feature=emb_title
Up for free online for a few days. Worth a watch. There are errors in the solar efficiency I believe but it at least gives an alternative insight into many things that are glossed over in the renewable field.

It also exposes alot of the outright swindling and media effort to control the narrative. Oh and Al Gore is absolute con man… funds in the Cayman islands and making money from oil basically lol

I see that the video is back on youtube after being banned due to some dubious copyright claim, so either a minor edit or the claim was overruled.