The Internet is Not What You Think it Is

For starters, read from top to bottom: 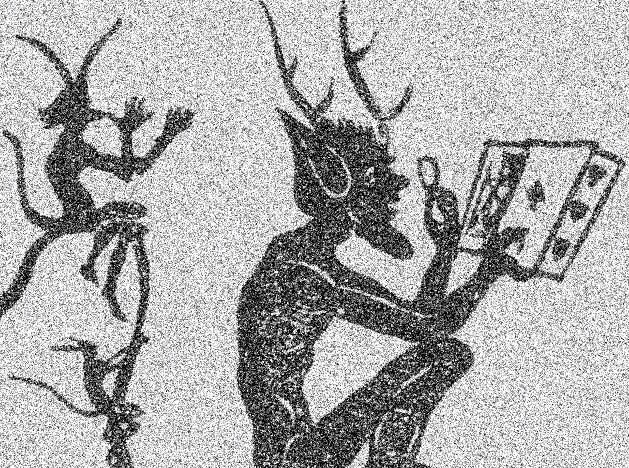 The Internet is Made of Demons - Damage

Everything you say online is subject to an instant system of rewards. Every platform comes with metrics; you can precisely quantify how well-received your thoughts are by how many likes or shares or retweets they receive. For almost everyone, the game is difficult to resist: they end up trying to say the things that the machine will like. For all the panic over online censorship, this stuff is far more destructive. You have no free speech—not because someone might ban your account, but because there’s a vast incentive structure in place that constantly channels your speech in certain directions. And unlike overt censorship, it’s not a policy that could ever be changed, but a pure function of the connectivity of the internet itself. This might be why so much writing that comes out of the internet is so unbearably dull, cycling between outrage and mockery, begging for clicks, speaking the machine back into its own bowels.

This incentive system can lead to very vicious results. A few years ago, a friend realized that if she were murdered—if some obsessed loner shot her dead in the street—then there were hundreds of people who would celebrate. She’d seen similar things happen enough times. They would spend a day competing to make exultant jokes about her death, and then they would all move on to something else. My friend was not a particularly famous or controversial person: she had some followers and some bylines, but probably her most divisive article had been about tax policy. But she was just famous enough for hundreds of people, who she didn’t know and had never met, to hate her and want to see her dead. It wasn’t even that they had different political opinions: plenty of these people were on the same side. They would laugh at her death in the name of their shared commitment to justice and liberation and a better future for all.

… Ways to speak without speaking. If the internet makes people tangibly worse—and it does—it might be because it lives in a strange new middle ground between writing and speech. Like speech, social media messages seem to belong to a now: briefly suspended in an instant, measurable down to the second. But like writing, there’s a permanent archive you can choose to dig up later. Like speech, social media is dialogic and responsive; you can carry out an instantaneous back-and-forth, as if the other person is right in front of you. But like writing, with social media the other person is simply not there. And instead of a book or a letter or a shopping list—a trace, a thing the other person has made—you’re looking at a screen, this cold bundle of pixels and wires. This blank and empty object, which suddenly starts talking to you like a human being.

The internet is not a communications system. Instead of delivering messages between people, it simulates the experience of being among people, in a way that books or shopping lists or even the telephone do not. And there are things that a simulation will always fail to capture. In the philosophy of Emmanuel Lévinas, your ethical responsibility to other people emerges out of their face, the experience of looking directly into the face of another living subject. “The face is what prohibits us from killing.” Elsewhere: “The human face is the conduit for the word of God.” But Facebook is a world without faces. Only images of faces; selfies, avatars: dead things. Or the moving image in a FaceTime chat: a haunted puppet. There is always something in the way. You are not talking to a person: the machine is talking, through you, to itself.

As more and more of your social life takes place online, you’re training yourself to believe that other people are not really people, and you have no duty towards them whatsoever. These effects don’t vanish once you look away from the screen. The internet is not a separate sphere, closed off from ordinary reality; it structures everything about the way we live. Stories of young children trying to swipe at photographs or windows: they expect everything to work like a phone, which is infinitely responsive to touch, even if it’s impossible to engage with on any deeper level. Similarly, many of the big conflicts within institutions in the last few years seem to be rooted in the expectation that the world should work like the internet. If you don’t like a person, you should be able to block them: simply push a button, and have them disappear forever.

In 2011, a meta-analysis found that among young people the capacity for empathy (defined as Empathic Concern, “other-oriented feelings of sympathy,” and Perspective-Taking, the ability to “imagine other people’s points of view”) had massively declined since the turn of the millennium. The authors directly associate this with the spread of social media. In the decade since, it’s probably vanished even faster, even though everyone on the internet keeps talking about empathy. We are becoming less and less capable of actual intersubjective communication; more unhappy; more alone. Every year, surveys find that people have fewer and fewer friends; among millennials, 22% say they have none at all. For the first time in history, we can simply do without each other entirely. The machine supplies an approximation of everything you need for a bare biological existence: strangers come to deliver your food; AI chatbots deliver cognitive-behavioral therapy; social media simulates people to love and people to hate; and hidden inside the microcircuitry, the demons swarm

TikTok Is Worse Than You Thought

Tiktok is a psychological weapon and is one of the evilest businesses in modern history. TikTok is trash because Tiktok makes money from your misery. Tiktok is garbage because it is funding China’s 2049 plan. CCP’s Bytedance is making billions of dollars from AI technology that is ruining society. Tiktok makes money by destroying society and culture. Tiktokers are making millions of dollars and making lots of money from selling out to the business of China’s Bytedance which is why Tiktok is bad and Tiktok is trash.

Weapons of Mass Destruction - as a side note, the strategy fits in perfectly with this outlook to dominate the world, classical menace script too - China And Russia Are Ruthlessly Cutting The Legs Out under $ - #14 by Open_Window

Once they begged, borrowed or stole Western Know How/Tech & IP (Revenge for Marco Polo & Co… the Menace sure knows how to sweet talk a people into it’s game), deftly enabled by full spectrum Menace infiltration in the West (primarily the US) over the last 40 years, the Menace built up it’s new Empire so as to destroy the previous, which would allow it to shed it’s skin for a new.

Few noticed becasue the Menace media told them this was inevitable, and so… see how it works? 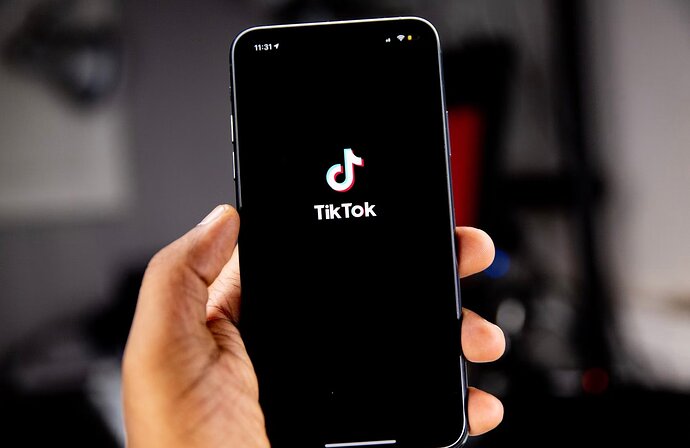 The head of the US Federal Communications Commission (FCC) requested Apple and Google on Tuesday to remove TikTok from their app stores due to ‘serious national security threats’ posed by the said mobile app. In a letter dated June 24, FCC...