The Jordan Peterson Thread - The Architecture of Belief

Why Jordan Peterson is Wrong

…
Let’s take two children raised by two different families. Their childhood environments are going to be different, meaning they are inevitably going to be predisposed towards different outcomes in later life.

If we want equality of opportunity, then we would either need to strip these children from their families (assuming no genetic differences, which is an insane premise to begin with), or ensure that the parents raised the children in the exact same way.

However, this is only possible if both pairs of parents are identical, which requires militant practices to ensure Equality of Outcome in the lives of the parents. For Equality to work at all, no deviation must occur. To ensure no deviations occur, you must control for them from the very start of the experiment.

It is true to say that Peterson’s high level economic and social views are the shakiest parts of his world view. You get the feeling he really instinctively hates the 1% movement or anything like it (because…Solzhenitsyn!). And he jibes that if you live in America or the West you’re part of the 1%. For that to be the case there’d need to be between 30 and 100 billion people on the planet.

I read his book recently. Some of it is brilliant in parts. Some of it is really boring. A lot of it is what you’d get in a good self-help book but with a high academic gloss. I can’t say that I understood it all, for example the references to Jahwist bible. To me the big thing that was missing was a personal understanding of death and bereavement, which is a big part of life and he seems to know nothing of. He talks about a friend’s suicide. But its not the same as losing parents or a child.

And he jibes that if you live in America or the West you’re part of the 1%. For that to be the case there’d need to be between 30 and 100 billion people on the planet.

The fall - I dunno if anyone noticed but recently Jordan Peterson strayed into live political commentary and the results may have damaged “the brand” in some circles.

Not sure if Voxday blog has ever been a fan (comments are worth a read) but here we see Jordan Peterson jump into the Kavanagh theatrics.

Jordan Peterson is behaving the way all con men behave when they’ve gotten ahead of the con. Now he’s walking it back. And Scott Adams is helping him try to sell it and salvage his credibility:

Jordan B Peterson@jordanbpeterson
If confirmed Kavanaugh should step down.

Jordan B Peterson@jordanbpeterson
I’m not certain that is the right move. It’s very complex. But he would have his name cleared, and a figure who might be less divisive might be put forward.

Jordan B Peterson@jordanbpeterson
**That might decrease residual alienation from the left, and make things less polarized moving forward. Of course, that has to be balanced against handing any victory to the “believe all accusers” crowd. **

Jordan B Peterson@jordanbpeterson
I was thinking all this whole trying to plot out a strategy that would be least damaging, on the whole. And I’m not jumping up and down claiming to be correct. Thought is experiment, not reality.

More recently in relation to the synagogue attack a tweet went down like a bomb in some fringe quarters, probably being of no great loss to him.

Jordan Peterson Shocked, Shocked To Find Anti-Semitism Is Going On In His Establishment!

Jordan Peterson has made a career out of coddling the seething anger of young white men who desperately want to be able to not only go around saying horrible things and insulting people with impunity, but also to be told they are wonderful and special for doing so. He first rose to fame by going ballistic over his bosses at the University of Toronto requiring that professors refer to students and fellow employees by their preferred pronouns – which he claimed was “compelled speech” – and claiming that Canada, by including trans people as a protected category in the Canadian Human Rights Act, was going to throw him in jail for using the pronouns he preferred to use for people he talked to.

All you using (((three brackets))) online to oh-so-cleverly disguise your pathetically fashionable antisemitism might reflect today on what responsibility you bear for this:

We realize that acknowledgement of Jewish tribalism is a third rail that would cost you dearly. But raising awareness of (((Jewish tribalism))) IS NOT identical to hatred of Jewish people. It just levels the playing field.

The Left have dearly grasped him as an important figure head to rail against while applying the trademark playground level logic to his activities and those whom might fall under his spell.

Yesterday, 26 year old caucasian male Stephen Flynn from Minneapolis made the mistake of liking a tweet that advocated for free speech. Although Flynn states it was unbeknownst to him, the tweet was written by the extreme, right-wing neo-Nazi enabler Jordan Peterson.

Dr Peterson, who has never cured anyone of a disease but uses his ph.D in psychology to add an authoritative title to his name, has repeatedly claimed he is not far-right and abhors fascism, despite a mountain of evidence that he hates communist regimes and governments dictating what people can say, showing that as his views wildly differ from the majority of university campuses, he is at the very least a Nazi sympathiser.

Flynn said he was unaware who Peterson was, until a Guardian journalist explained it to him and what liking his tweet signified, and was taken aback. “I was just browsing and read something that sounded reasonable so I liked it. Finding out I’m a Nazi is as big a shock to me as it is to anyone else. I always assumed I was a normal and measured person, so to discover I approve of the Holocaust will take some getting used to.”

A good example of how the sides try to characterise Peterson as the enemy.

To the left he’s alt right to the right he’s an apologist for the left or something like that.

In conclusion, I don’t think he’s got a good political brain, few do, very very few do (it must be something like 1-2% of the polpulation), this recent podcast was as good as awful. I can’t listen to it again but it appears he decided to leave his well established thesis on the shelf for this one giving the interviewee a pass (too many bad un-critical assumptions IMHO), maybe it was for the purposes of the interview and exploring the ideas or he was tired but I do not think so. Don’t take my word for it give it a listen, could just be me.

Hard to disagree with him on this, JP would hate Irish politics

The Peterson sceptics on the Right are gathering steam. Voxday is mentioned above by OW
https://www.theburkean.ie/articles/2018/12/14/book-review-jordanetics

Jesus, what happened to the Property Pin. Threads on swiveled eye loons like JP and Stefan Molyneax?
People will be taking Brendan Burgess seriously next.

Jesus, what happened to the Property Pin. Threads on swiveled eye loons like JP and Stefan Molyneax?
People will be taking Brendan Burgess seriously next.

Yea and folks consuming state & corporate media like its gospel!

I was Jordan Peterson’s strongest supporter. Now I think he’s dangerous | The...

Jordan Peterson reverted to some drug to stabilise his depression and mental stability as the stress of his wife’s recent cancer battle took its toll on him.

His daughter released a video some time back to get ahead of any media after he checked in for rehab. Seems it was a physical addiction which maybe took him by surprise when reducing intake, so he checked himself in to deal with physical coming off for the support.

I haven’t checked back on this story but will
update it if someone else does not first.

I think his narcissism has been pointed out on this thread. Once you see it, his every utterance confirms it. I would tend not to fully believe anything he says. Does he have a drug problem ? Probably. Is his explanation substantially true ? Almost certainly not. That’s not how narcissists work.

And the daughter seems like a less intelligent version of him. And he’s not that intelligent - or he’d have written a clearer book.

Things are going from bad to worse for JP. 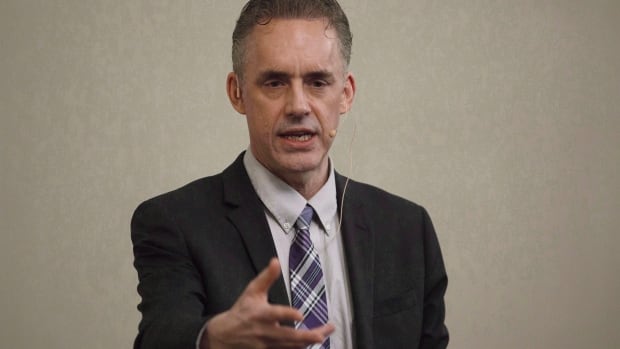 Jordan Peterson, the polarizing pundit and author, is recovering in a Moscow hospital after seeking "emergency" treatment for dependence on an anti-anxiety medication, his daughter says.

I’ve seen him admit antidepressants, but it is now said he’s on benzos for years. Which he never spoke of. All his ‘clean your room’ shite is falling apart. It should have been ‘clean your room and take benzos’.

We’re certainly not being told the full story of his addictions. My hunch is that he’s an ex-alcoholic. Possibly also taking Adderall for years.

Say what you want about JP, it’s still a good idea to dress your bed & clean your room.

I would wish him well and hope he recovers his health.

12 Rules for Life: An Antidote to Chaos is a 2018 self-help book by Canadian clinical psychologist and psychology professor Jordan Peterson. It provides life advice through essays on abstract ethical principles, psychology, mythology, religion, and personal anecdotes. The book topped bestseller lists in Canada, the United States and United Kingdom, and has sold over three million copies. Peterson went on a world tour to promote the book, with a Channel 4 News interview receiving much attention. ...

I haven’t read that book. It’s clear he’s just a human, like the rest of us.

he’s just a human, like the rest of us.

Seems to be on the mend.

It seems he was prescribed drugs by doctors in the States to which he became addicted, following his wife having been diagnosed with terminal cancer.

‘The Master is Back’: Fans Ecstatic as Jordan Peterson’s Daughter Shares a...

From what I am told as I have’t looked into it he possibly nearly died on more than one occasion under US based treatment, so actively went to Russian to get treatment that didn’t involve more drugs to get him off other drugs.

Audio sample from a quite prescient book about JP written about a year ago. I had picked up on the narcissism and that the 12 rules for life are really directed at his own personal faults that he’s then universalizing them to everyone, but I had no idea of JP’s connections to the occult.