Amazing story in NZ. Threat for years, Not deported, person known by the PM, and after he stabs people she’s “gutted”. What a choice of words

The man - who was shot and killed within 60 seconds of starting the attack - had been known to multiple agencies since 2016.

stabbed at least six people in a supermarket was a “violent extremist” known to the police, New Zealand Prime Minister Jacinda Ardern has said.
The man was shot and killed by police within 60 seconds of beginning his attack at a Countdown store in Auckland.
The man was a Sri Lankan national and had been living in New Zealand since 2011.

He had been known to multiple agencies since 2016, with Ms Ardern confirming she had been personally aware of the individual - adding that she was gutted to hear what had happened.

The man was not allowed to be kept in prison by law, she said.

Ms Ardern said any backlash against the Muslim community “would be wrong”, and said the attacker “is who is responsible, no one else”.
“What happened today was despicable, it was hateful, it was wrong. It was carried out by an individual, not a faith,” she added.

Sure, his faith doesn’t even matter ! He might as easily have been Buddhist !

Reminder of what a sociopath Jacinda Arden is 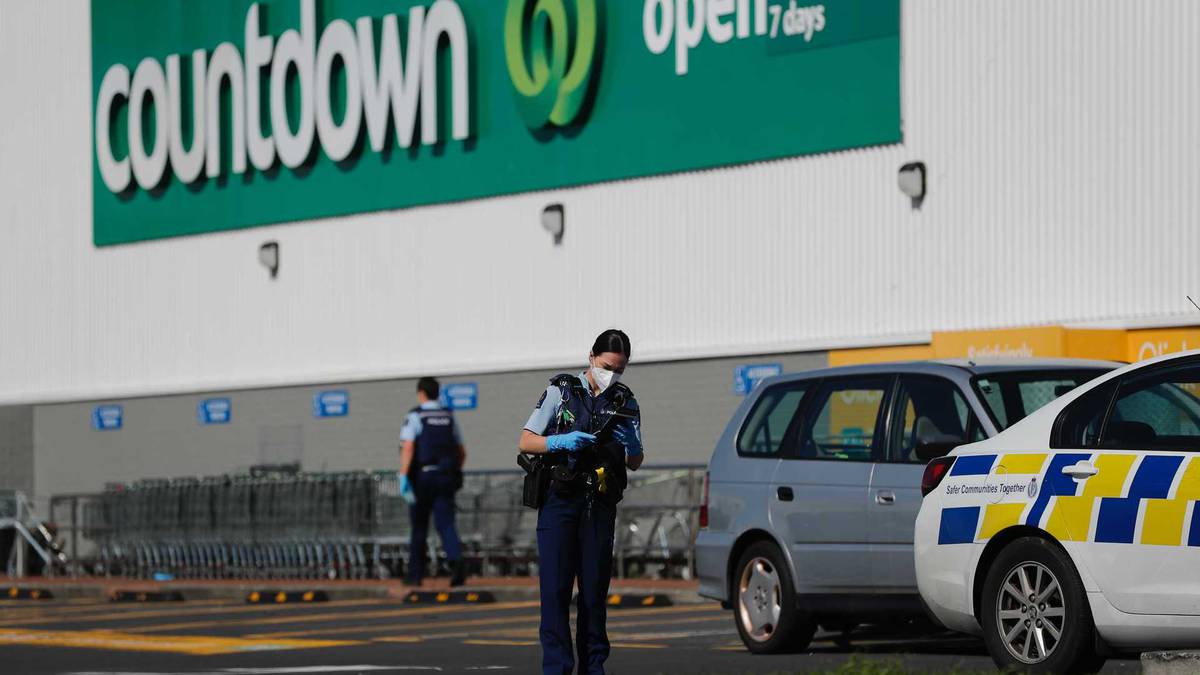 A timeline of the mall attacker's time in NZ and interactions with police and courts.

Timeline to terror
• October 2011: The attacker arrives in New Zealand, aged 22, travelling on a student visa. Ardern said it is not known that he held extreme views about violence and terrorism at that time

In a statement to media today, Ardern said “agencies used every tool available to them to protect innocent people from this individual.”
She vowed to investigate the case in detail, saying: “We owe it to everyone to have other people look at the facts of this case too, to analyse them, to see what was done, and what more could have been done. The IPCA and the coroner will be an important part of this work.”
"But we must also look forward, and as we have always done, we must be willing to make the changes that we know may not necessarily have changed history, but could change the future."

Jacinda Arden has her own relationship with the truth.

“We have utilised every legal and surveillance power available to us to keep people safe from this individual,” Ardern said.

Refugee status was revoked but terrorist not deported from NZ yet because of appeal.

He was Ahamed Aathil Mohamed Samsudeen, a 32-year-old born in Sri Lanka who came to New Zealand in October 2011 and was granted refugee status two years later.
The Herald can reveal immigration officials had sought to revoke his refugee status in 2018, but he appealed and a final decision had yet to be made on whether he could be deported.

Samsudeen was Tamil - a minority ethnic group persecuted by Sri Lankan authorities during a decades-long conflict - and claimed he and his father were attacked, kidnapped and tortured because of their political background.
His claim to asylum was supported by scars on his body, as well as a psychologist’s report which said Samsudeen presented as a “highly distressed and damaged young man” suffering from post-traumatic stress disorder and depression.

Officers from the National Security Investigations group monitored his social media content, which included anti-Western and violent imagery as well as this comment on Facebook: “One day I will go back to my country and I will find kiwi scums in my country … and I will show them … what will happen when you mess with S while I’m in their country. If you’re tough in your country … we are tougher in our country scums #payback.”

SJWs never apologize. They double down.

Murderous foreigner ? Must mean we’ve got work to do.

How can NZ liberals avoid talking about the catastrophic failure of allowing in someone who hates New Zealand, not deporting him when you find out he does, and make you feel guilty for what he did ? Easy

New Zealand must foster belonging for all refugees in wake of terror attack |...

A sense of belonging is crucial to stop refugees becoming isolated, yet our policies define them as the ‘deserving’ and ‘undeserving’

The New Lynn mall terror attack in west Auckland on Friday last week that left five people in hospital and the perpetrator shot dead underscores how isolation and a lack of belonging can create fertile ground for extremist ideas to take root.
As the public conversation moves from descriptions of the event to suggestions of what comes next, we also need to consider why he became so isolated. While the details of this individual continue to be released, the larger context about how people seek asylum, and how they are treated, warrant consideration.