Estimated net outturn to the State from banking stabilisation
measures as at end-2018 €41.7bn
Estimated long-term recurring annual cost of servicing the debt €1.1 billion to €1.3 billion a year

That means each and every year forever as we are not able to €0 the debt off.

Range assuming interest rates of 2.5% to 3.0% per year; actual cost will be determined by the
amount realised from remaining investments and by State’s cost of borrowing.

Put another way, every working taxpayer now pays at least €50 a year simply for the privilege of owning these turds, no matter whether we sell them off or not.

It’s funny that on the weekend of the guarantee, Sidewinder and I reckoned the cost of the bank guarantee would be about 47bn, given the turd-assets the banks had, international comparisons, and inevitable outcomes.

If you add in what shareholders &c lost, 47bn seems quite close.

Still, no-one could have predicted it, and that’s the funny bit…

Have Irish Sovereign Bonds Decoupled from the Euro Area Periphery, and Why?

Ah Jayis lads, I made that ‘decoupling’ point months ago. Furthermore we have recoupled with Germany if anything.

The National Debt The Central Bank

There is no sign of any end to ZIRP so it is infinite out to at least 2023 or 2024 from what I can see There is plenty of virtue in retiring loans from the end of the 2000s with 4.5-5.5% coupons and replacing them with 1% ten year paper instead, however there is very little of that sort of big coupon paper left after 2020 and very little opportunity for big savings in interest payments from one year to the next save if we actually pay off some debt on occasion. The UK bilateral is next up fo…

In about an hour he will have retired.

His farewell speech was a model of its kind, combining an expansive defence of his record with a call for action in key areas. He identifies a key weakness in Europe’s Financial architecture- the absence of a substantial fiscal capacity - but he acknowledges that the political will is lacking.

Of course he would have preferred if he could have unwound the Extraordinary measures of QE but the weakness of the German economy stayed his hand.

The amount of corporation tax coming in was so high, this month, that the NTMA pulled a bond auction due on the 14th of November because the money was seemingly not required.

That’s good marketing for the next one.

Does that mean they are paying down real debt with the windfall CT - really? Sounds far too logical and prudent for a government 6 months from an election and thousands of people waiting on trolleys in A&E

Not really, they are holding at around €205bn with a Brexit warchest ,until

So there is no real wiggle room for paying down anything unless we are in actual possession of t(EG) that Apple windfall between now and the end of September 2020…in which case, of course, there will be.

Even then that windbag buffoon Johnson will be rowing with Barnier for all of 2020 so really…should we???

Forgot to mention that NAMA will pay off its residual bonds (€1bn) in H1 2020 and will transfer €2bn of its cash pile to the NTMA during H2 2020. It will dribble over another ~€2bn-~2.5bn as it completes speculative developments in the Docklands and Poolbeg SDZs (its main area of operations now) between 2020 and the final NAMA wind down in 2025. €2bn is not a windfall in this case but neither is it a kick in the head. 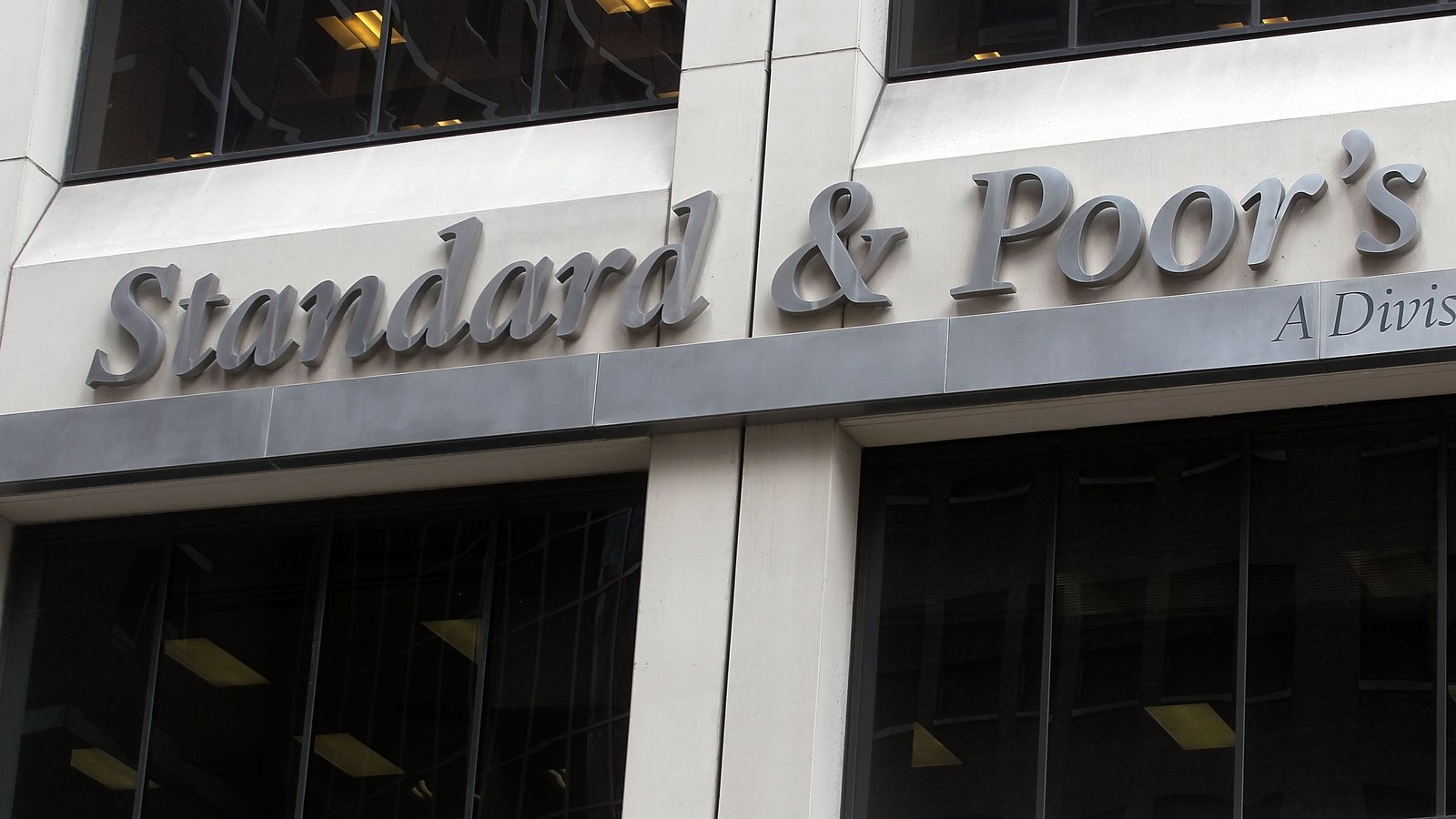 A decision by the ratings agency Standard & Poor's to increase Ireland's long-term sovereign credit rating has been welcomed by the Government and the agency which manages Ireland's debt.

A SURPLUS of €1.4bn likely means that the government is to start the year needing to borrow €1bn less than forecast in October.

A surplus (albeit a meagre one based on 7% growth in taxable income) going into the general election is exactly what adult voters want to hear. It might help to convince people there’s a cigarette paper or two between FG and the rest of them.

Looks like we are on our own again and out of the European Debt ‘Procedures’ as the Debt/GDP ratio might have squeaked in JUST under 60% at end 2019 (not official until April), We borrowed 1% of GDP this week alone and will pay off 3% of GDP in one operation in early April.

As the debt itself will drop ~ €10bn to the end of this year simply owing to less NTMA cash in hand requirements for the next few years we look like finishing the year with a ratio well under 58% of GDP. The Brexit cliff has been moved back a year though.

Why aren’t we cashing in our US$ bonds and paying off our own debt? 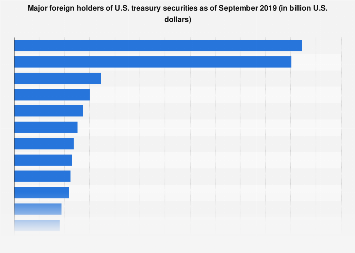 This statistic shows major foreign holders of US treasury debt as of September 2019.

I get it’s good to hedge but surely not on this scale.

The NTMA has not issued $ denominated debt for many years, possibly not since the 1980s. They did once though.

By the time Garrett got rid of Haughey in 1982 Debt Servicing took up around 13-14% of Government Revenue and currency movements like the appreciation of the $ under Reagan made things worse.

All debt now is in € only other than the rump £2bn of UK Bilateral which largely goes this year (ends Feb 2021) and is cheaper to redeem given the fall of the £ in recent years and Debt Servicing overall will cost around 5% of Government Revenue in 2020 or around €4 - €4.4bn vs €90bn or so. ,

Brexit warnings as standard of course and economies can go up as well as down.

If not the NTMA, who in Ireland is holding $274Bn. in US Treasuries?

Fifth-largest holding in the world.

Those lads/lassies in the IFSC must love Uncle Sam