I use GDP as this is the standard international comparison and this is the key metric that delineates solvency on the sovereign level. GNI is a bit of a private metric (for us Irish) and we do not have a GNI projection for 2020 from anyone, only GDP drops have been forecast. 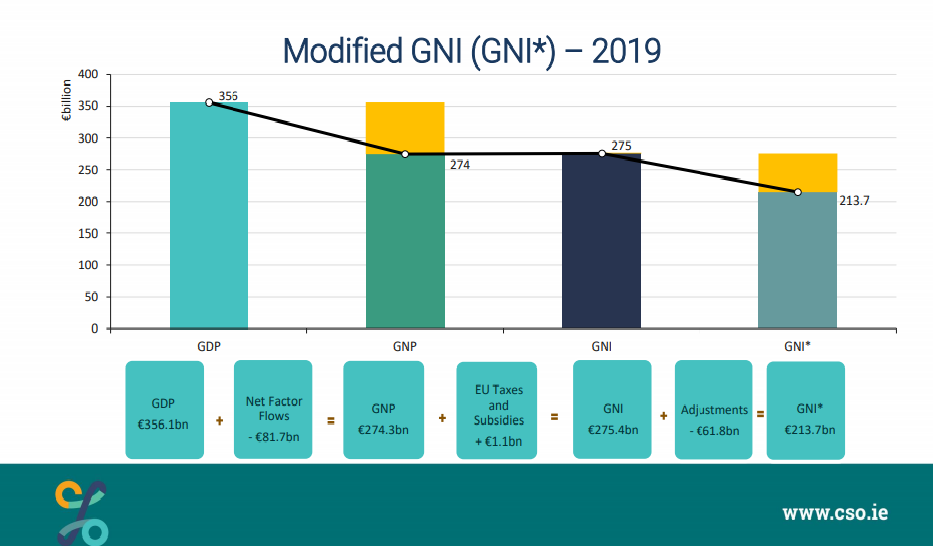 That enough gloomys and woes lads ???

That chart is hot off the press this morning and more GDP and GNI stats are available here.

few ever thought it could happen.

Apart from QAnon and his enlightened disciples.

I’ll donate 100 lids to the charity of your choice if Q is ever revealed to be the well-connected insider that his / her / their / its disciples believe. But my money is safe because it’s a baseless conspiracy cult with a track record that’s less reliable than a daily horoscope.

Governments won’t be balancing the books any time soon

No mention that all this debt comes at the expense of savers who have seen negative real rates for over a decade now and ultimately more debt will destroy our currencies. No mention that every “deserving” zombie company we keep alive is at the expense of a novel company kept from competing with the zombie cartels. No mention that most of these zombie companies have long since been bled dry by stock buy backs that have grossly enriched the corporate elite who take massive performance bonuses which are tied to high share prices. Which is another consequence of reckless monetary policy. I suppose that’s what passes for an Irish times article these days. Promoting socialism is the least of their indiscretions.

The Irish media appear to be giving the Government a very easy ride around the massive increase in our debt levels. The debate seems to be around our Debt to GDP levels and no mention of GNI* which I thought all the experts were agreed gave us a much better understanding of the potential impact of our current debt levels.

According to the economist, David Ricardo: “Ricardian equivalence is an economic theory that argues that attempts to stimulate an economy by increasing debt-financed government spending are doomed to failure because demand remains unchanged. The theory argues that consumers will save any money they receive in order to pay for the future tax increases they expect to be levied in order to pay off the debt.”

According to the Irish Times in July 2019:

"How big is our national debt?

It’s just over €200 billion. On a per capita basis that’s the third highest in the world, eclipsed only by the US and Japan. It equates to €42,000 for every man, woman and child in the State or nearly €90,000 for every worker in the economy."

So, back to the Ricardian equivalence above. Will some potential property investors now pull out as they may realise they’re a prime candidate for a probable future tax grab? Companies and workers can and will most likely move out of Ireland if taxes do increase considerably to pay for this debt. Land/property can’t be moved.

Will some potential property investors now pull out as they may realise they’re a prime candidate for a probable future tax grab?

Well done for getting to the last paragraph before once again showing how all roads lead to property prices getting trashed.

Hard to believe back pre-crash it was in the 40s (billion). 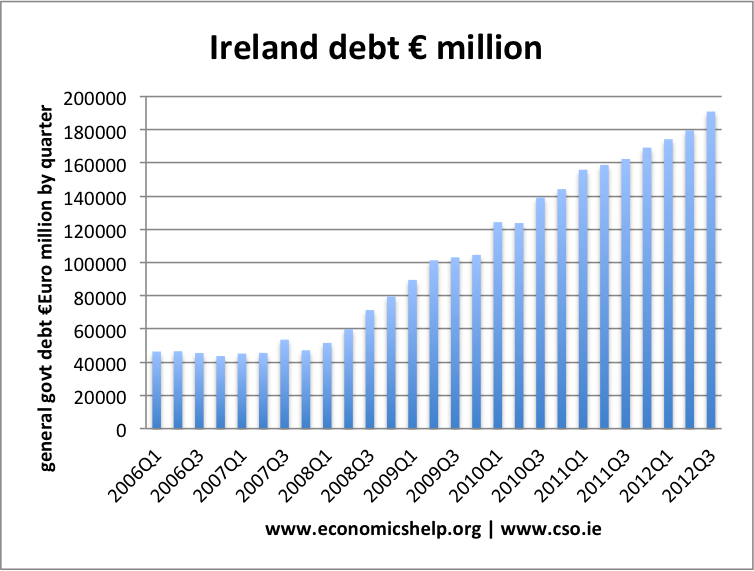 What do posters think the collateral is for all this borrowing?

The next five generations of slaves.

Ireland to have highest debt per head in Europe this year

Cost of Covid-19 restrictions to leave debt per head of almost €20,000 over EU average

Ireland is forecast to have the highest government debt per head of population in Europe this year, as the impact of Covid-19-related borrowings pushes the burden on each individual in the State up by almost €4,000 in 2021.

It means that, per capita, the Irish will shoulder a debt burden of almost €20,000 more than the EU average.

According to figures from the European Commission, Ireland is forecast to have total government debt of €241.6 billion for 2021, up by almost 10 per cent on 2020. When considered on a per-person basis, this means that the debt burden will be € 48,291 this year, the highest across the European Union and the UK.

Ireland to have highest debt per head in Europe this year (irishtimes.com)

but but but GDP

This is what a Conservative looks and sounds like.

And what an opposition politician looks and sounds like

One of the best political speeches I’ve ever heard

He did have one very good quote I had not heard before in such a neat phrase.

Although less obvious in Europe but very obvious in the US, since 2008 the prices of supermarket goods, housing, energy etc had almost doubled in price, some times a lot more. Shrinkflation is very noticeable. Last time it was this prevalent was back in the 1970’s. So a 10 euro basket of shopping in Europe from 2009 is still around 10 euros or so. But a $10 basked of shopping from 2009, when you try to buy exact equivalent amount of goods, is close to $25 now.

Think of MMT as the Central Bank of Zimbabwe school of monetary theory dressed up in some very fancy maths.

Irish debt will be close to quarter of trillion by year end, Donohoe warns