the Governor warned, however, that the larger annual deficits out to 2025 – with higher debt – increased “the risk facing the public finances and the economy compared to a plan that targeted a quicker pace of debt reduction and lower debt”.

This is the first time the governor has responded to the Government’s revised budgetary plan.

In the SES, Minister for Finance Paschal Donohoe appeared to dump a plan to gradually move towards a balanced budget in the wake of the pandemic, setting the State on an entirely different fiscal path.

The revised budgetary estimates anticipate an additional €18.8 billion in borrowing over the next five years, some of which will be used to fund housing construction and supports.

In his letter, Mr Makhlouf said the State had one of the highest debt ratios of any country in the industrialised world.

HSE throws over 80 million squids on the fire and they get Critisied.

The report noted the ventilators were prepaid and sourced from 10 suppliers who were previously unknown to the executive.

It said the quantity of orders was “far in excess” of what was required.

But only around one fifth of these ventilators were delivered, and none of them were put into clinical use.

Too many people shouting "DON’T PANIC, BUY VENTILATORS, BUY THEM ALL!!
Hard to blame them in reality, don’t forget, we were being told at the time that most people who got COVID needed to be put on a ventilator to help them recover.

Die. To help them die.

Yeah, and the HSE carried out an internal report that gave the HSE the lowest score possible and the HSE accepted the HSE report, fair play to the HSE and RTE who put in the foi request for telling us fook all, of course RTE and the HSE breathe the same air.
China sold us the fake videos the faulty PPE some of the faulty ventilators and God knows what else and not to worry we might get a refund, will we fook sure we never got a receipt.

The truth about Ireland’s monster €240bn debt: it wasn’t the banks

It equates to €103,300 for every worker in the State and we’ll probably never pay it off

There’s a perception that Ireland’s monster debt – it will be €240 billion by the end of the year, on a per-capita basis the third highest in the world – was put there by band of rogue bankers. And that we as a people have been victims of a terrible wrong.

The truth is stickier and more unpalatable than the bar-stool narratives we tell ourselves.

Most of the debt – more than €100 billion – arose from a sequence of budget deficits run up in the wake of the 2008 financial crash and linked to the then government’s mismanagement of the public finances, a government that was voted into office three times in succession.

The former Fianna Fáil-led administration had spent lavishly in 2000s while using windfall taxes from the property sector to plug the holes in its accounts.

Not much new to pinsters here, but for the record, from the ‘paper of record’. Interesting as to why they and their readers choose to wake up every so often. Before hitting the snooze button again.

But no specific mention of the best paid public sector in the world. A word class pay and pensions system that is the envy of the world.

windfall taxes from the property sector

Which pushed house prices into being unaffordable for not just the working class but in Dublin the middle classes as well at this stage.

A nation of Debt Slaves, is a Slave nation.

German finance minister calls for debts to be paid

Germany’s new finance minister has called on EU governments to pay down their debts as the bloc embarks on an overhaul of its divisive budget rules.

Germany’s new finance minister has called on EU governments to pay down their debts as the bloc embarks on an overhaul of its divisive budget rules.

Historic tensions were evident on Monday as the eurozone’s 19 finance ministers met in Brussels for the first time this year, with Spain’s Nadia Calviño saying the EU should avoid a return to the old rules – known as the Stability and Growth Pact – while her Austrian and German counterparts advocated for getting back to normal.

“In my view, the Stability and Growth Pact has proved its flexibility during the crisis, but now is the time to build up fiscal buffers again,” said Christian Lindner, the German coalition’s new liberal finance minister.

Germany knows full well the Stability and Growth Pact is fucked. The PIIGS have gotten access to all the fine food in the good dining room and they have no intention of going back out to the shed for swill.

I think it’s clear now Ireland has no appetite to ever pay back its National Debt. It will only pay the interest

Agreed, Inflation, if they can get it to stick (which looks ‘promising’) will have to do the heavy lifting and then with a ‘reset’…

Wasn’t that always the plan? Nobody ever imagined they would actually pay down the capital and the only risk ever debated was the ability to service interest costs AFAIK

It’s the equivalent of €47,500 for every individual in the State

Be grand, bit of inflation will ‘deal’ with that 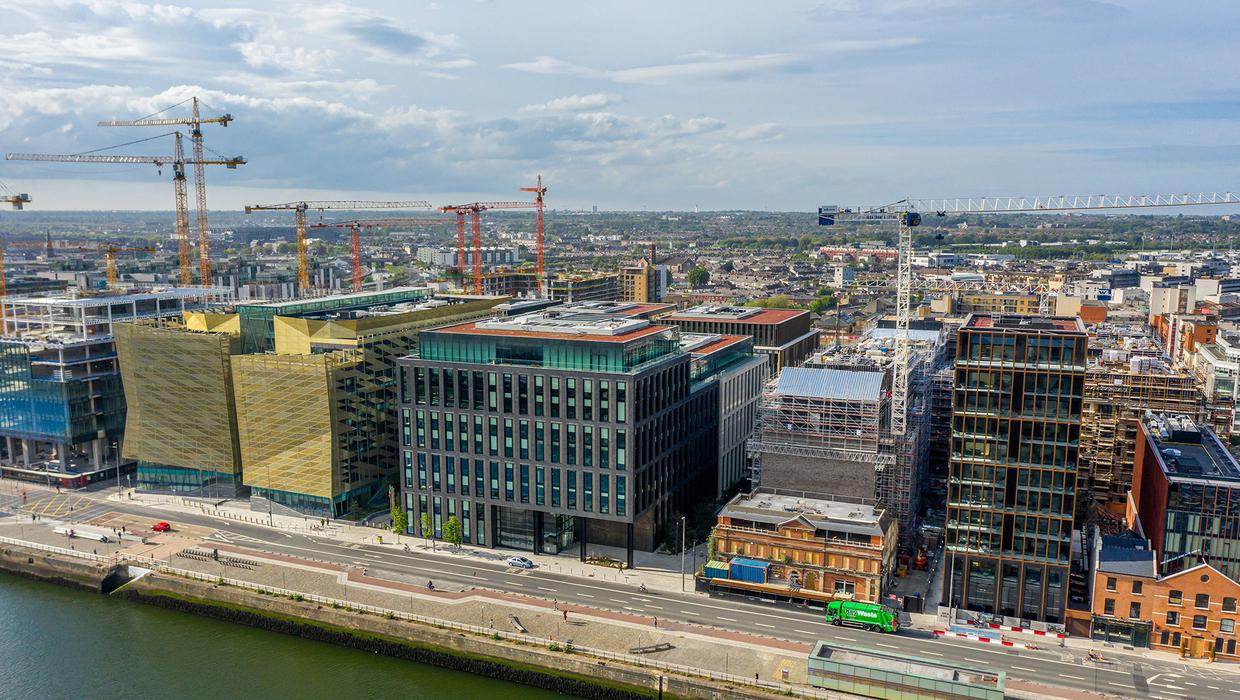 Taxpayers are facing dramatically ballooning costs on more than €900m of debt borrowed by the National Treasury Management Agency (NTMA) since 2017 because the final bills are explicitly tied to inflation.

Taxpayers are facing dramatically ballooning costs on more than €900m of debt borrowed by the National Treasury Management Agency (NTMA) since 2017 because the final bills are explicitly tied to inflation.

The annual interest on the debt is low, zero in the case of the two smaller deals and just 0.25pc for the larger. However, crucially, the inflation-linked structure means the amount owed increases in line with inflation.

The NTMA inflation-linked bond contracts are effectively upward only, with the principal protected against a fall in the index over the life of the bond. That means that even though official data recorded negative inflation in 2020 the amounts owed were unchanged. As inflation spikes, the debt is growing.

The final repayments of the three inflation-linked bonds are scheduled from 2040 to 2051. The compounding debt means the fixed 0.25pc interest on the originally €609.5m debt will also grow in cash terms as it’s calculated against a continually rising principal.

Ireland’s stock of inflation-linked debt is low, less than 0.5pc of the €239bn national debt, but it’s now extremely expensive, even ahead of an anticipated general rise in borrowing costs.

Was there an economist that got the inflation call correct in the last 12 months? I haven’t heard any. Phillip Lane, McWilliams, Chris Johns, Jim Power all reading from the official ‘transitory’ script from the Fed/ECB.

Warning on ‘borrowing for every project’ as national debt could balloon to...

IRELAND’s National Debt could explode to €260 billion by the end of the pandemic tail, financial chiefs admitted today.

So will countries receive assistance from the EU for the Ukraine project? Does it even matter when it’s only funny money?

Does it even matter when it’s only funny money?

That ‘funny money’ is paid for in loss of sovereignty over time.