Whatever is going on or whatever the motives and intentions of the movers and shakers are, things is happening - has the Menace lost one of it’s pivotal weapons of mass mind control and cyber asset Twitter? 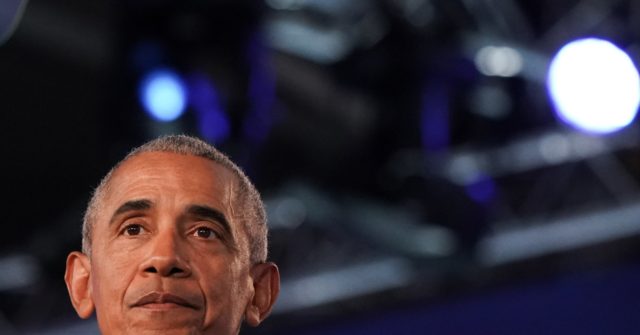 Government controls over the internet can defeat a "demand for crazy" and the spread of disinformation, former President Barack Obama said.

Hillary Tiwtter Acc is all about EU and not YOU:

For too long, tech platforms have amplified disinformation and extremism with no accountability. The EU is poised to do something about it.

I urge our transatlantic allies to push the Digital Services Act across the finish line and bolster global democracy before it’s too late.

They got it done!

'Resting-Bitch-Face' Hillary Clinton raised eyebrows across social media this week when she called on tech platforms to ban “disinformation and extremism” while promoting “global democracy before it’s too late.” “For too long, tech platforms have...

All the while Elon Musk is doing his thing, so whatever is actually going on with the Twitter move by Musk, some folks seem mighty uncomfortable about freedom of speech online all of a sudden.

The notable is not the the Menace EUSSR Block trying the same trick to force behaviours outside it’s jurisdiction and retain the info bubble wall (how long before you have to log on to the net?):

Headline like this reporting on EU comments and moves, put some weight on this idea 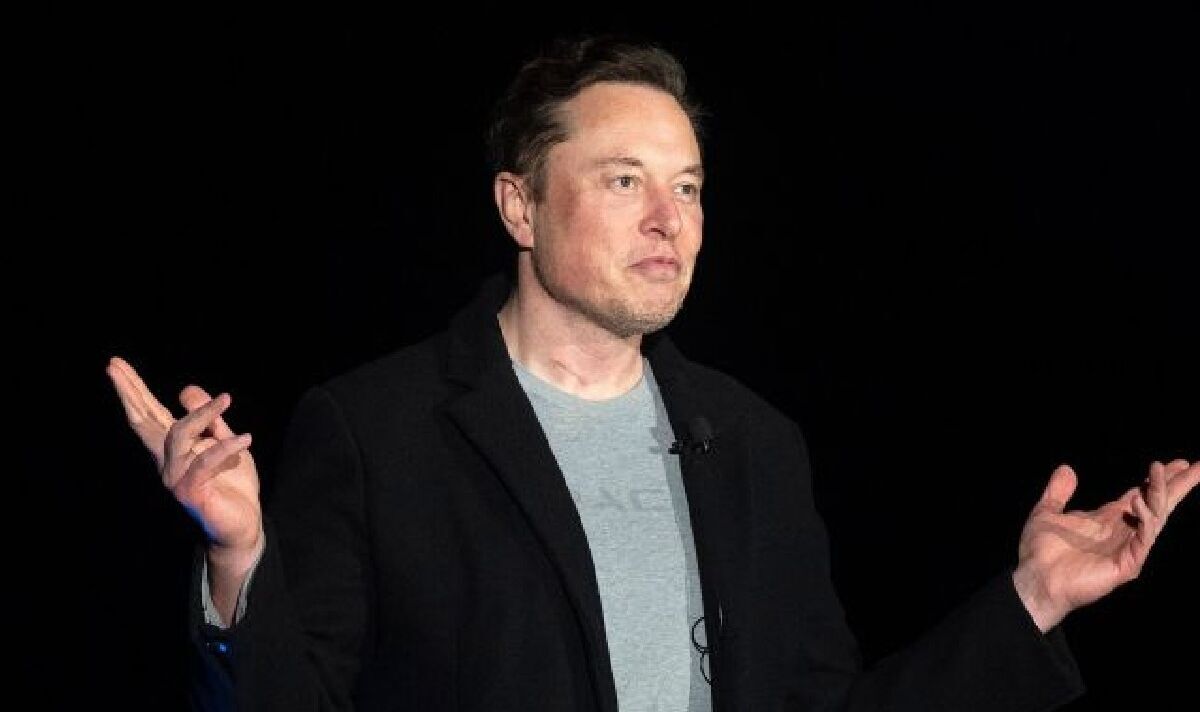 'We have rules' Brussels tries to strong-arm Musk with desperate Twitter ban...

THE EU Commission is threatening Elon Musk to ban Twitter in the bloc unless Tesla's chief follows the bloc's new digital rules.

The real notable tis in advance of the Musk’ Twitter negations over the target early signs of something change in a big way has surfaced:

Early Evidence of Massive Follower Drops for some Accounts

Implying many accounts had massive amount of bot followers. 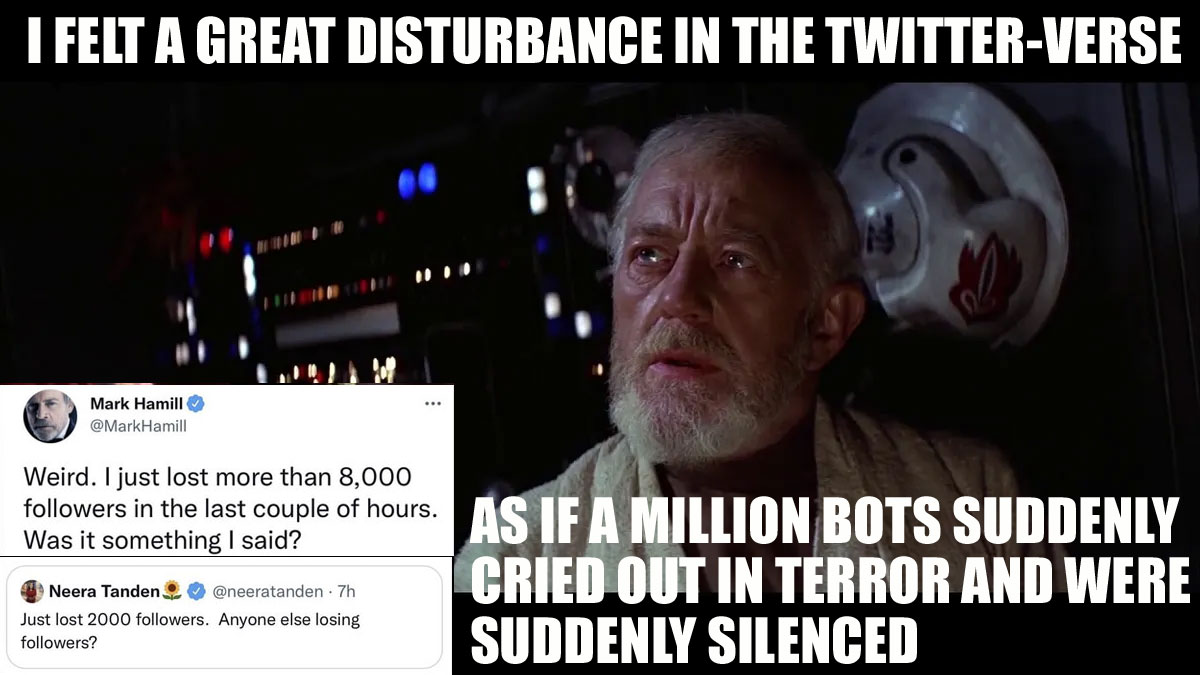 Early Evidence of the level of Account Follower Suppression or “throttling”.

While I’m awesome and totally deserving of 87,000 new followers a day it seems that someone took the shackles off my account. Wonder if they’re burning the evidence before new mgmt comes in?

This guy says he can confirm:

Are the follower losses due to a revolt of self-cancelling user? 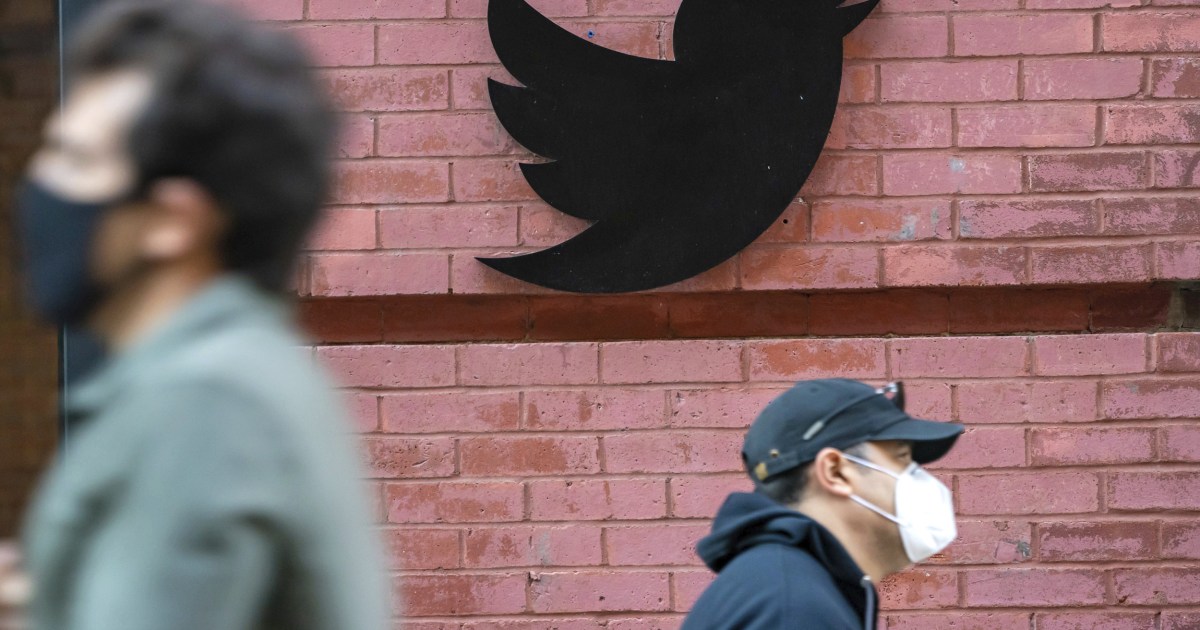 Twitter, which did not provide an exact number of accounts that were shuttered or activated in the hours after the announcement, said it was looking into “recent fluctuations." 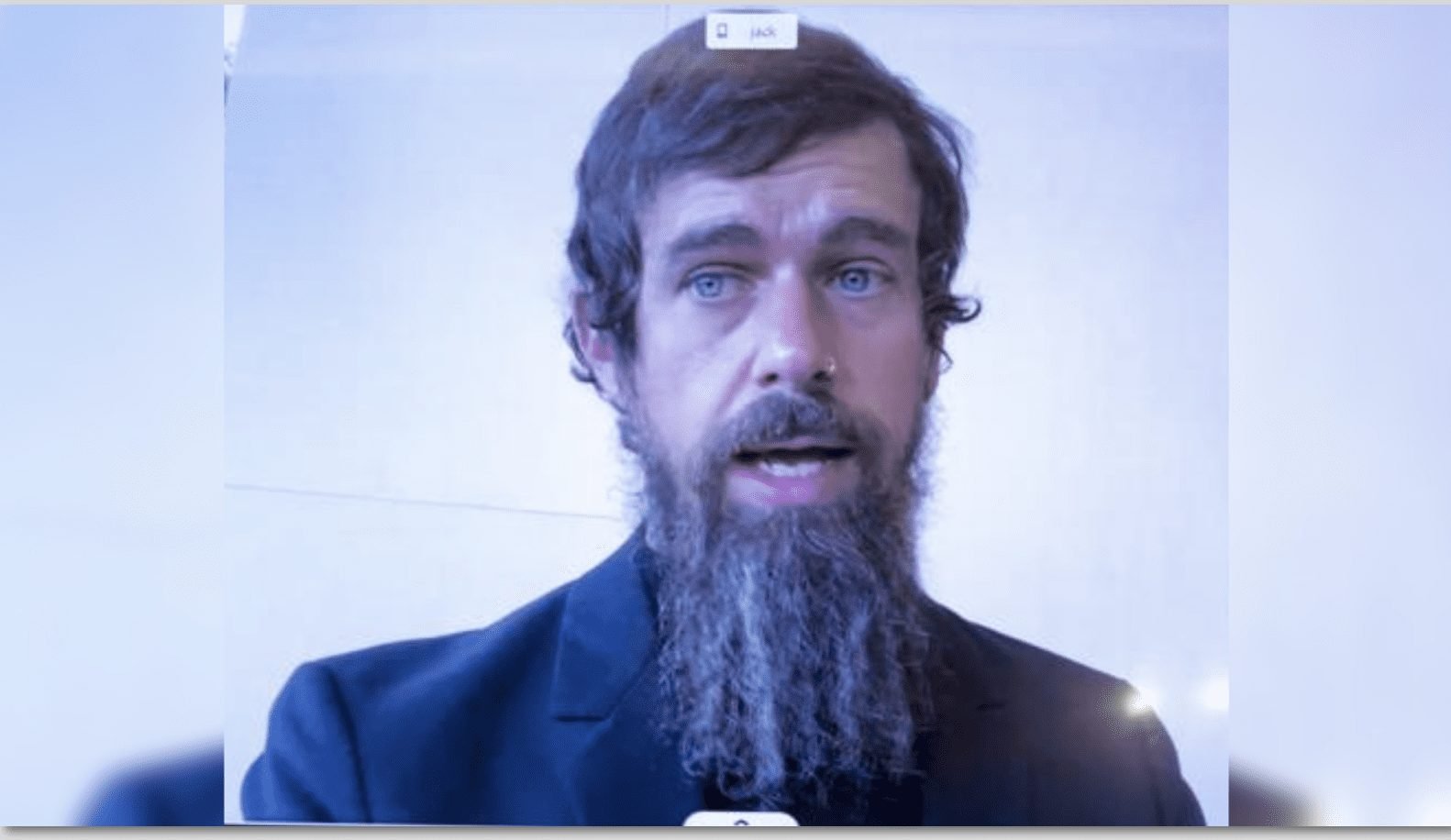 If you think getting put in Facebook jail or banned from Twitter was bad (and it is), it’s only a fraction of what these evil platforms have been doing. The mind-control. The psychological warfare. What they’ve been doing is very devious, deceptive...

Yup. “What if” a social media platform was influenced to hide political stories in advance of a major, oh like presidential, election?

The ruse was the marketing of Social Media in the MSM, it is easier to legislate for Social Media than directly attacking individual freedom of speech rights.

The Hate speech is design and a carefully curated MSM narrative, intended to plug into the Social Media MSM Matrix model, but it is what it is, an attack on Freedoms of humanity, no matter what why they dress it up.

Leading up to this it has been covertly done in a manner the average person would not be able to detect.

So it’s been belligerent Big-Tech for years:

These are a few things that come ot mind.

Menace hates your Freedom and what’s it all for itself. It’s very easy to understand what is going on these days, unless you mistakenly lend your freedom to that guy on the road who never return the lawn

It’s not the early 00’s of the WWW anymore. It’s more like one giant Cybernetic MK Ultra Mind Worming Industry.

In the case of Youtube I’ve sen people write code to track the vote suppression on youtube videos live. This is going on years.

It is very much analogous to the move the matrix.

MOre anecdtoal Audits if you will:

How oppressive and obvious is Twitter’s shadowbanning of conservatives?

The same message on Truth Social got 2x the engagement as it did on Twitter despite an audience that’s 95% smaller (17k followers on Truth vs 320k on Twitter while being shadowbanned).

The MSM were not going to tell the world how things were running in the background, until now.as their toys got pulled:

Definitely something bizarre happening with the Twitter algorithm impacting follower counts over the past 24-48 hours. A few examples: 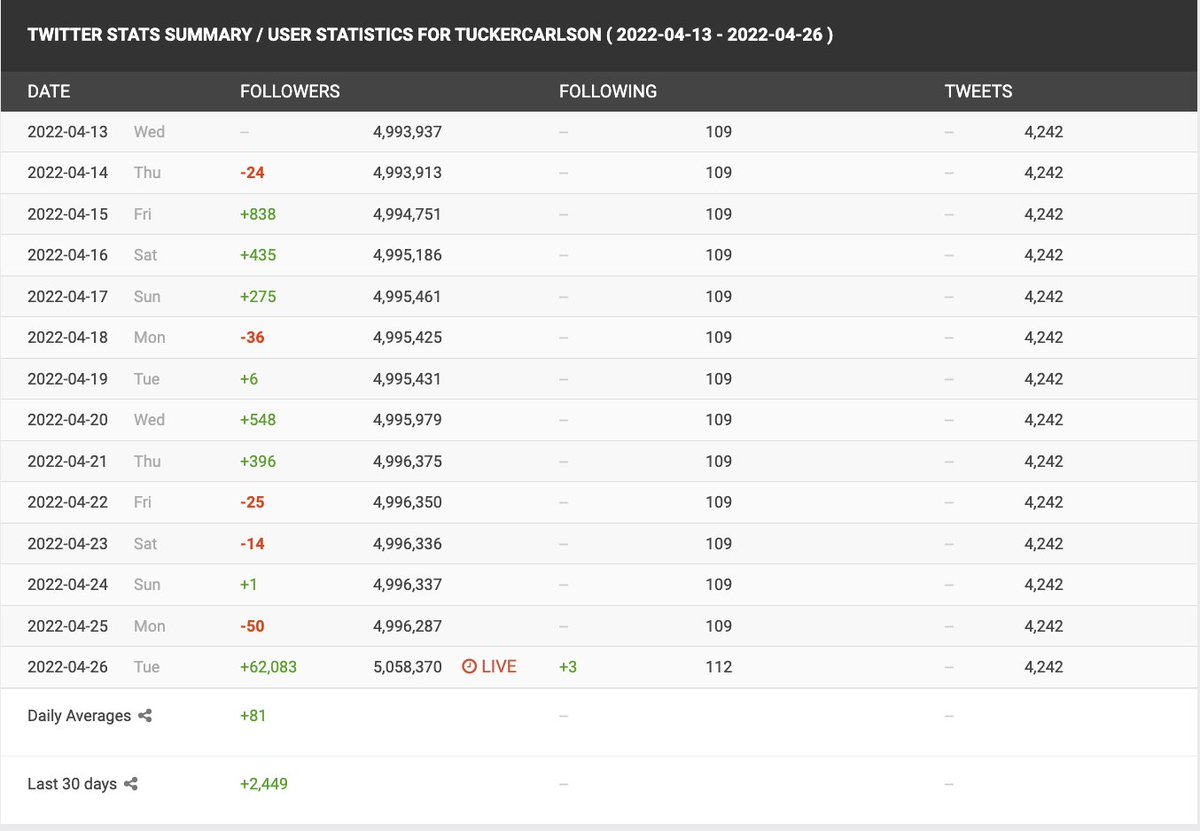 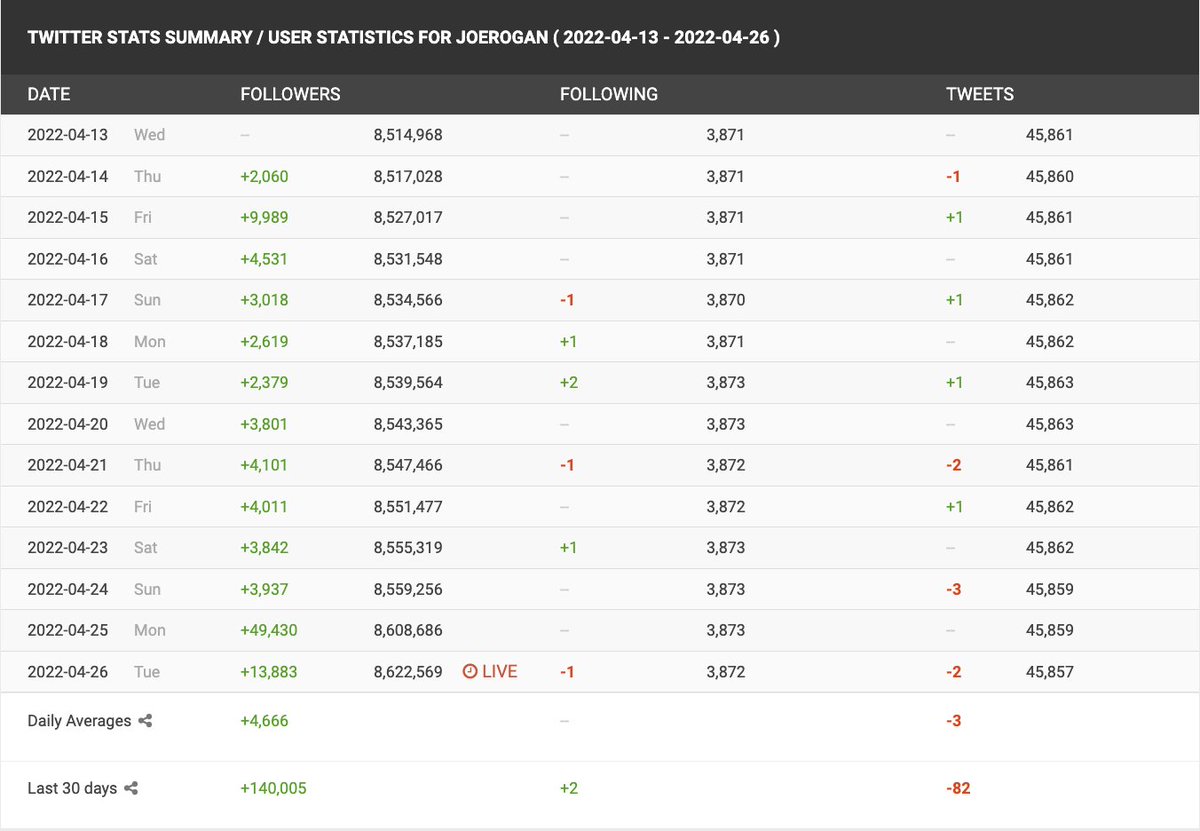 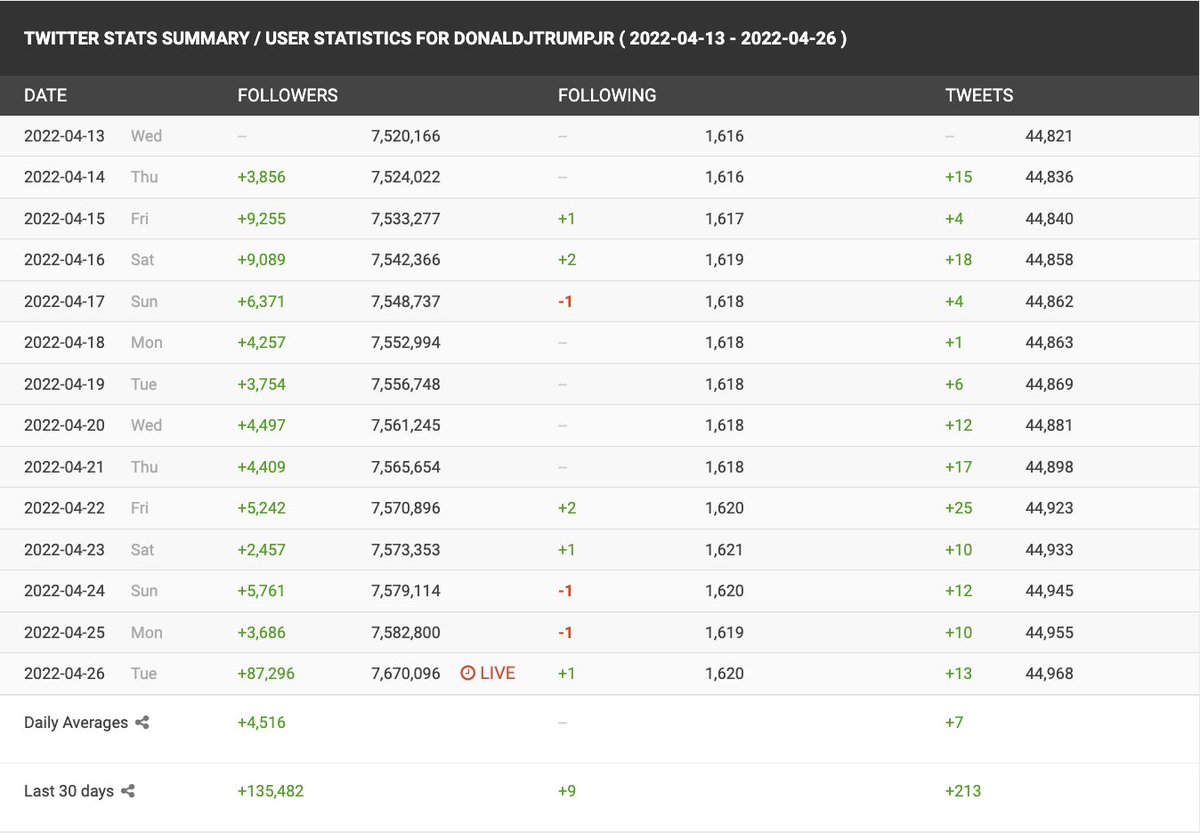 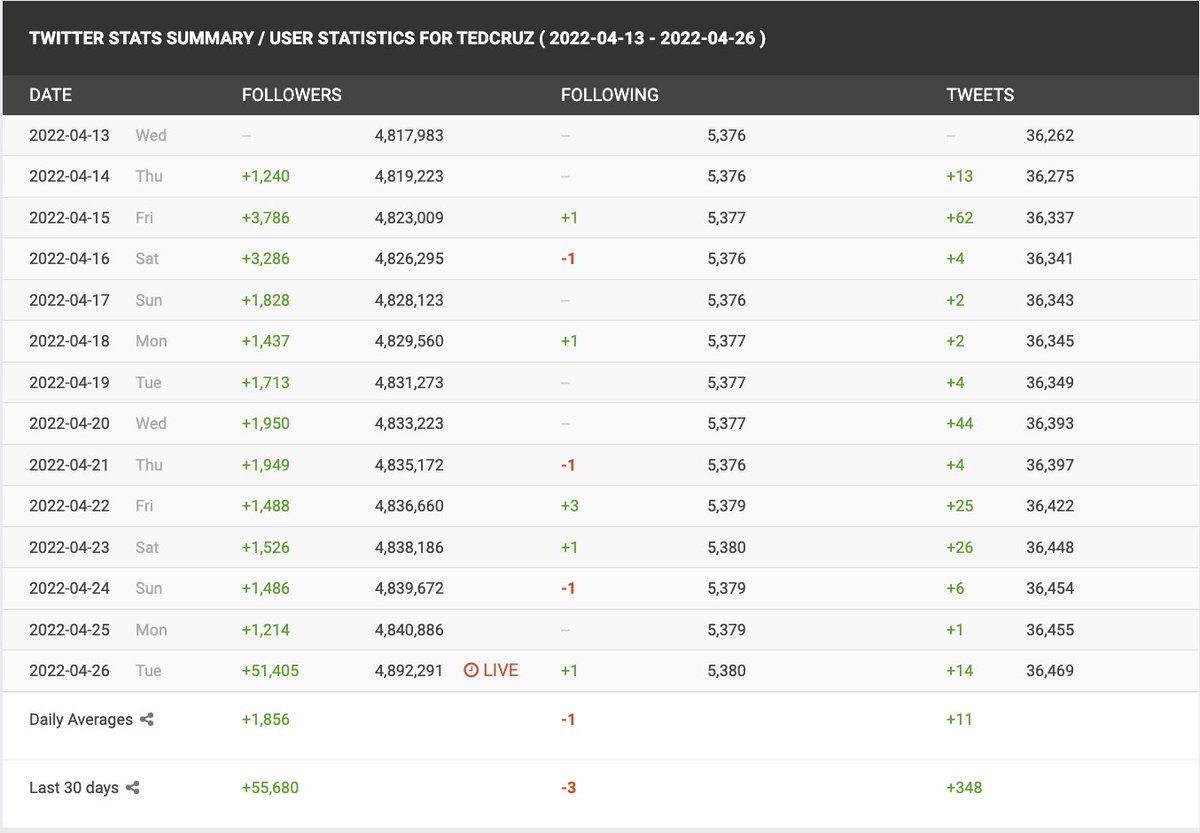 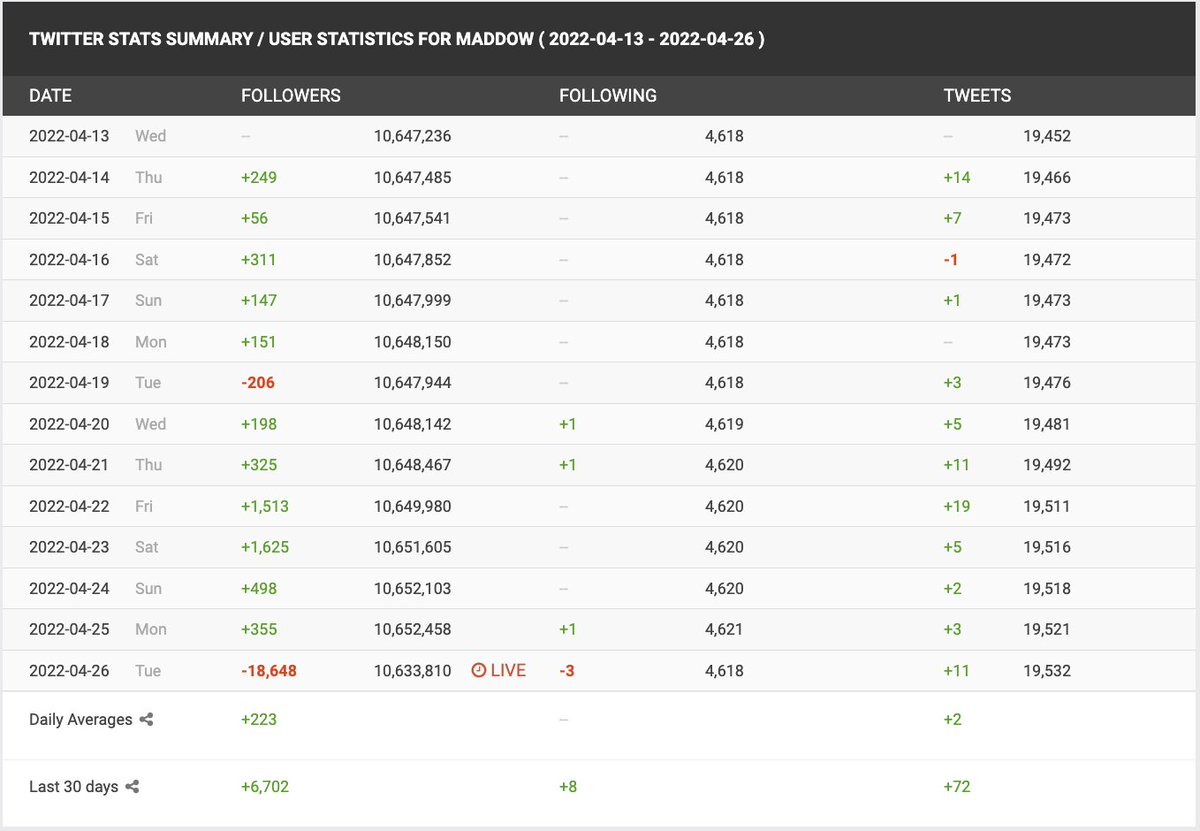 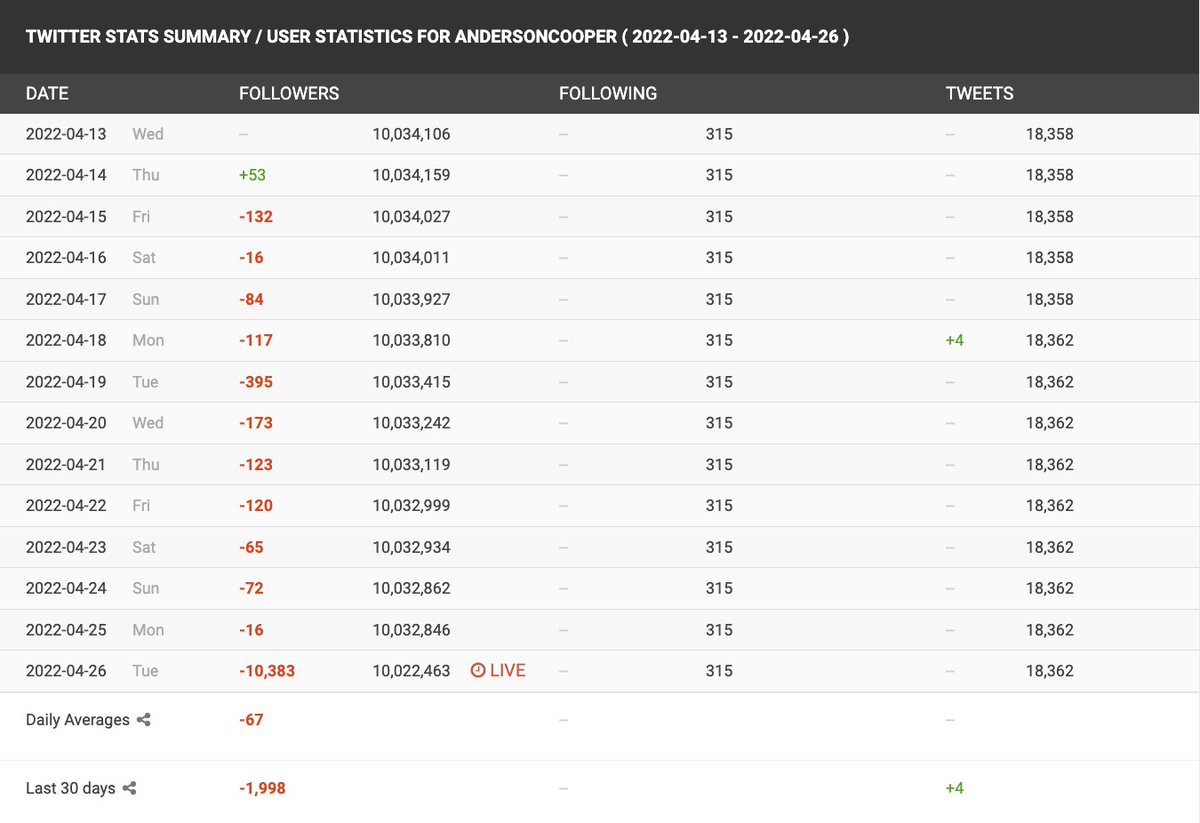 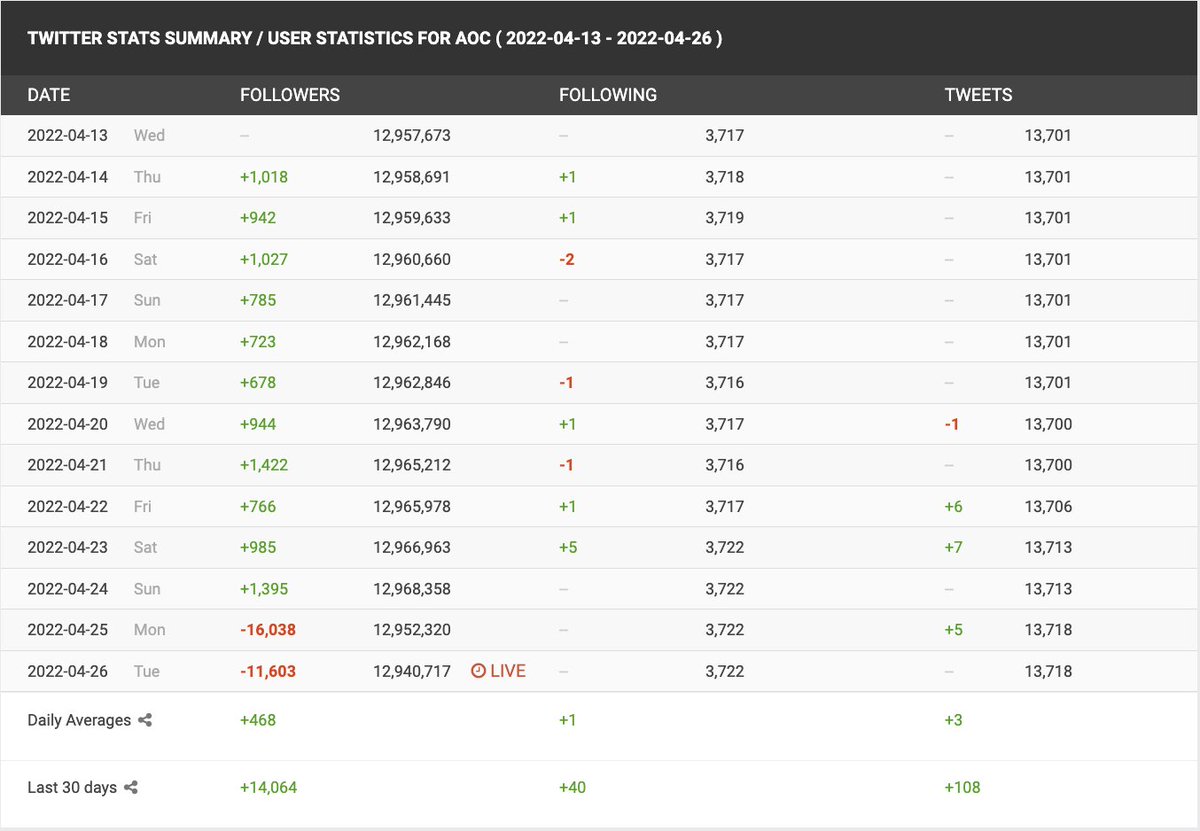 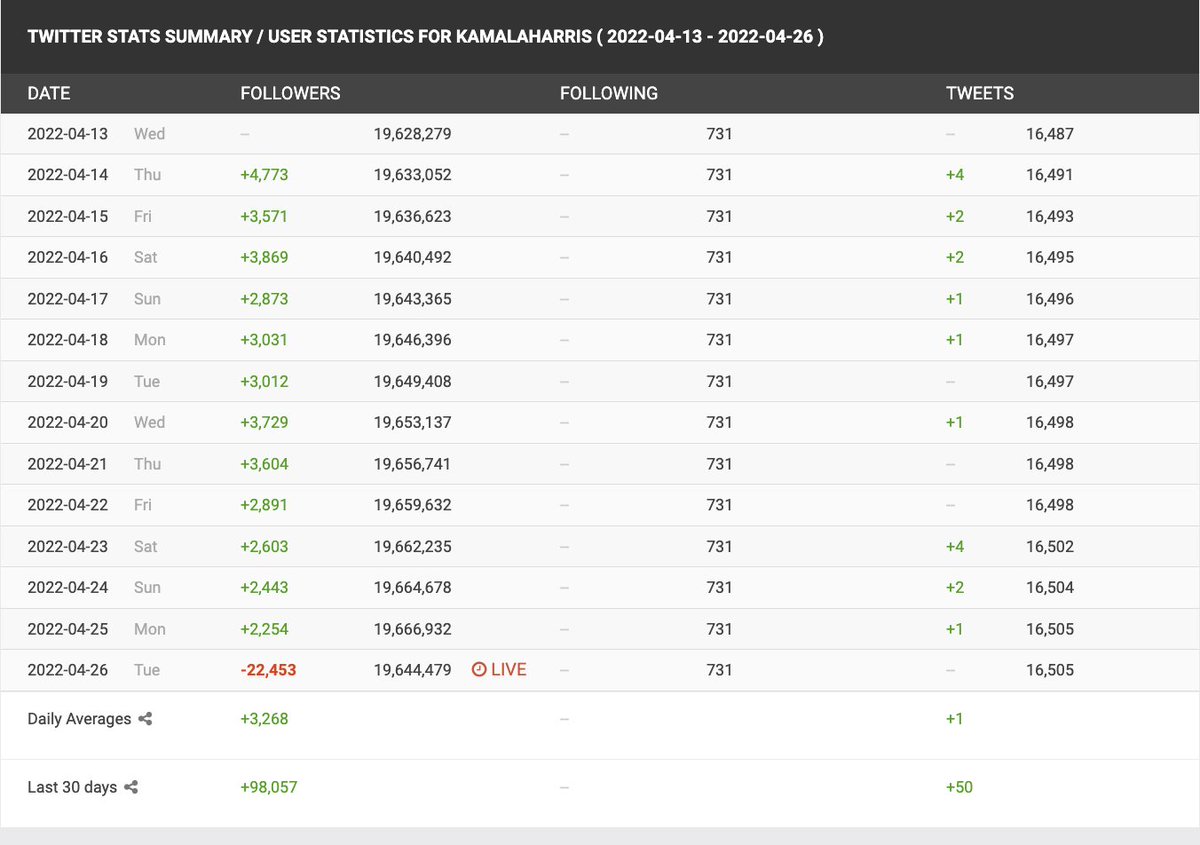 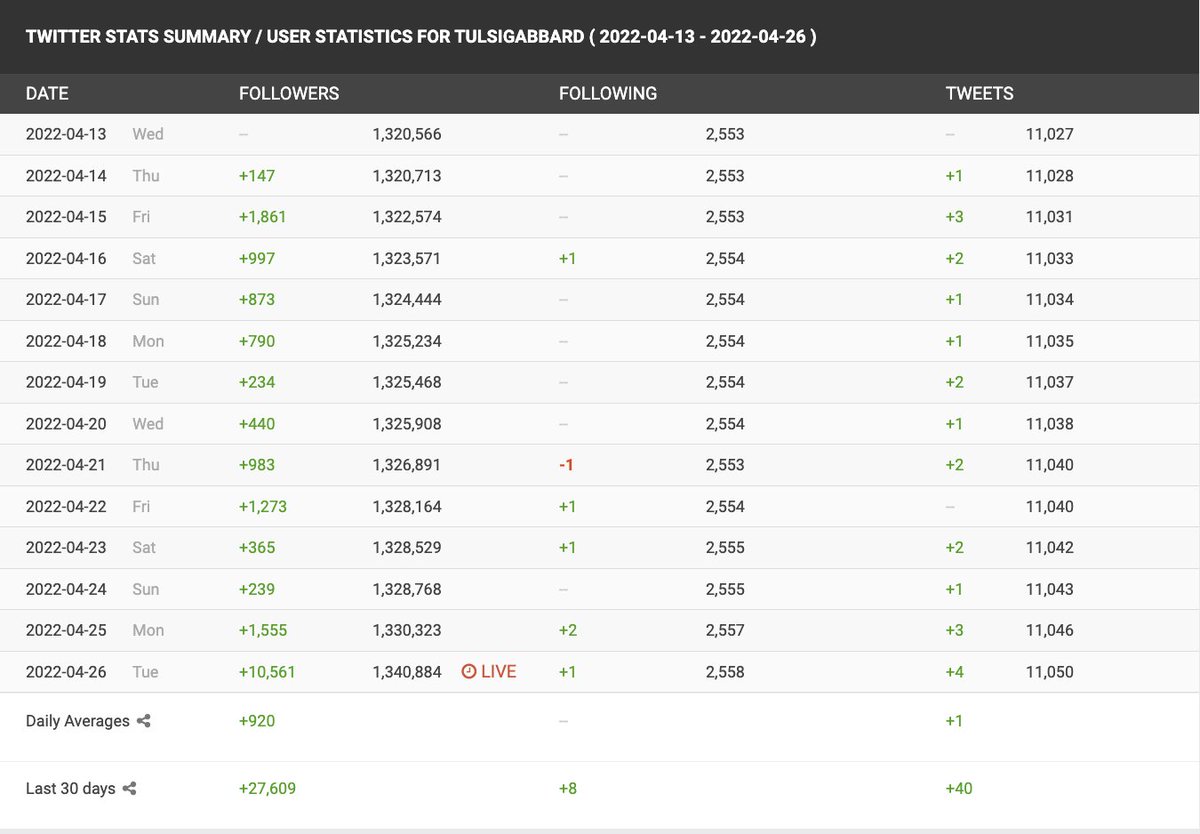 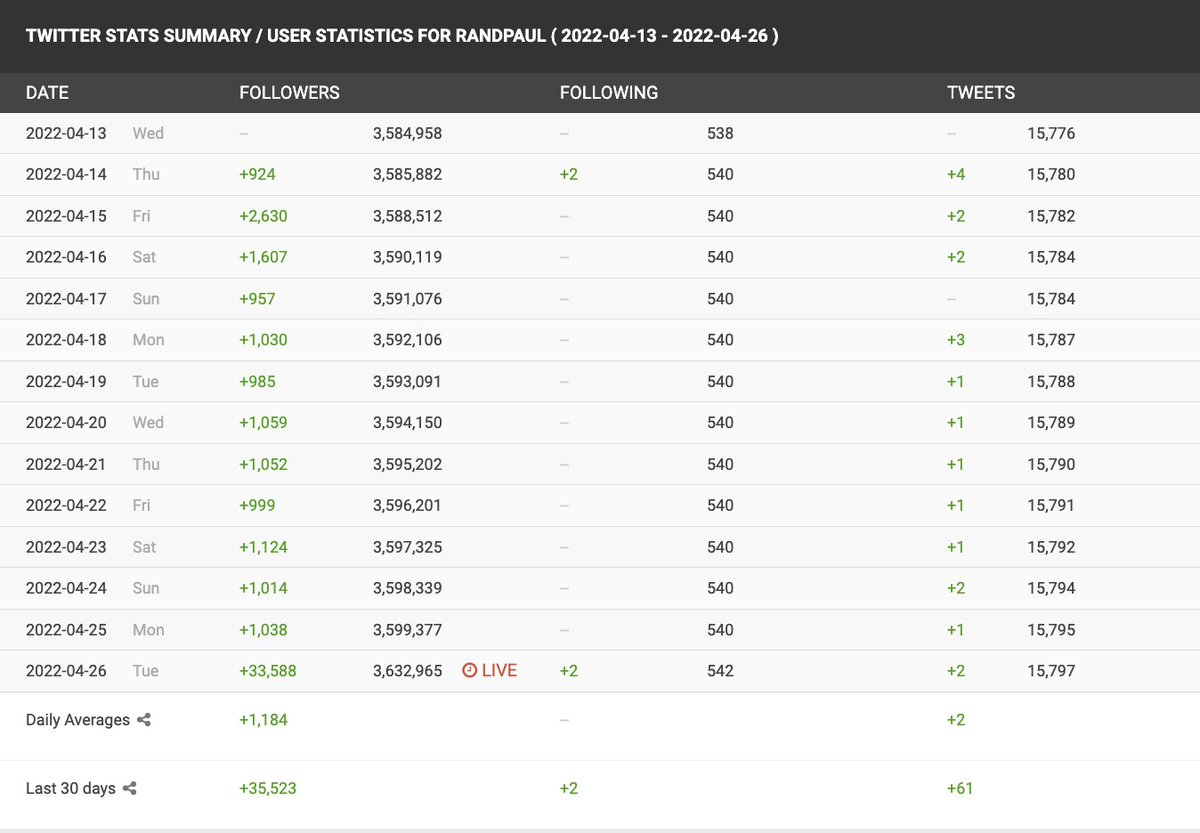 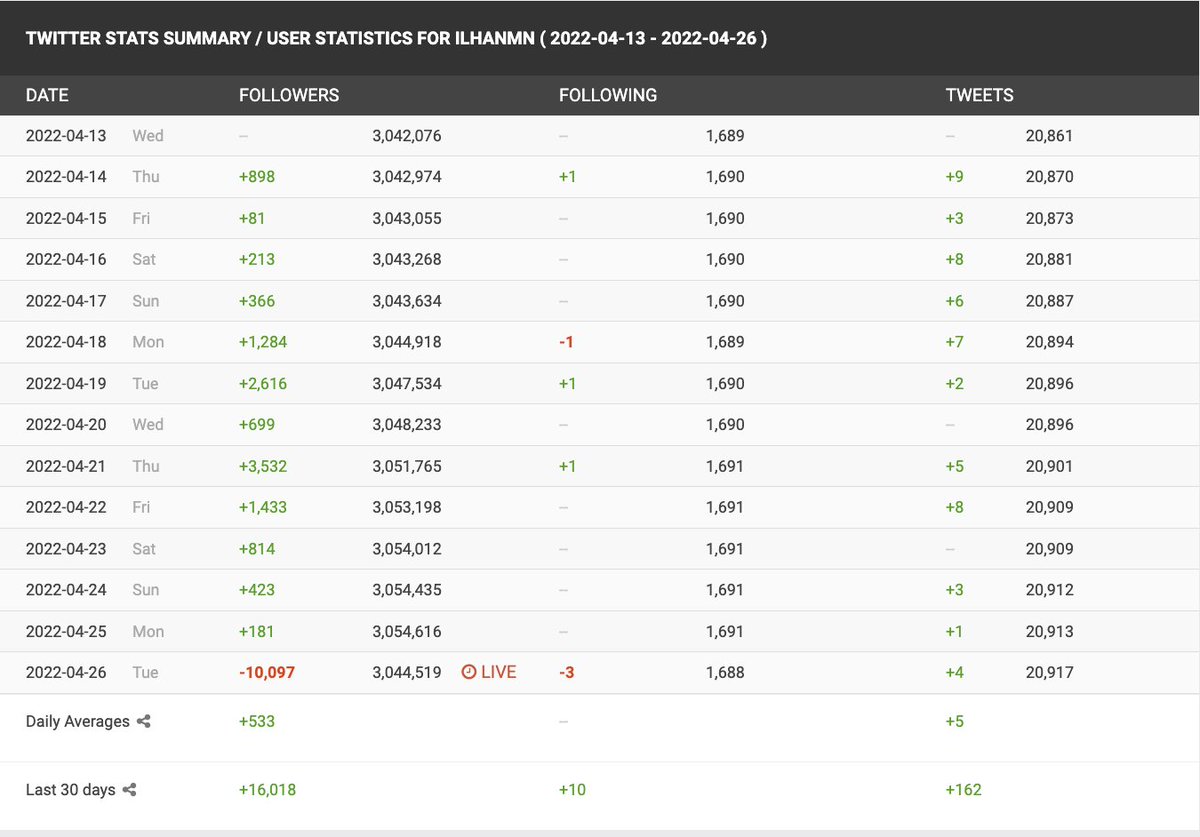 You have to lol at Vijaya Gadde “crying”

Vijaya Gadde, the lawyer behind the decision, said to have cried after Musk sealed deal

Elon Musk has attacked Twitter over an “incredibly inappropriate” ban on a newspaper which ran critical stories about Joe Biden in the run-up to the US election.
The billionaire hit out at the social media network - which he is buying for $44bn (£33bn) - for barring the New York Post after it aired allegations about the business interests of Mr Biden’s son, Hunter.
The ban was imposed by Vijaya Gadde, Twitter’s top lawyer, who reportedly cried when she found out that Musk had succeeded in his bid to buy the company

That’s extremely tortuous logic. He specifically says they should use their VOICE. Vijaya Gadde probably dreamt this up. She is not very bright.

The main thing is he is the Lion in the fable. Big Tech doesn’t fear him

It’s just so dumb. They think he caused the hatred for Washington. It predates him. He encourages the rule of law

It is astonishing how severe the suppression of free thought was during the #TwitterDarkDays. Now I get tens of thousands of likes per tweet, and gained over 50,000 followers just yesterday alone. Hard to imagine the effect of this level of suppression on the 2020 election.

If the suppression & shadow banning is gone, say the Algo has been removed entirely and it’s back to a kind of default and lots of user are seeking tangible changes, the put this in context:

What are the Irish MSM gonna do?

What happens when people can now find all those accounts with the alternative information form the beginning, you know, that have timelines.

All the folks who used it as part of the Global Menace command & control comms might include Regime folks not just media and deep-permo folks.

Given that twitter is a huge source of the news agenda, can the likes of the IT carry on with its silly one sided ‘liberal’ view only?

For example, how are the lot who are suffering from all the injections gonna feel when they start to read some of the misinformation around vaccines. Then there’s the new members of the global warming religion, etc.

Fun times ahead, although it was fun to witness grown men uttering full on Greta sh*ite.

In other words, a Menace Pivot? 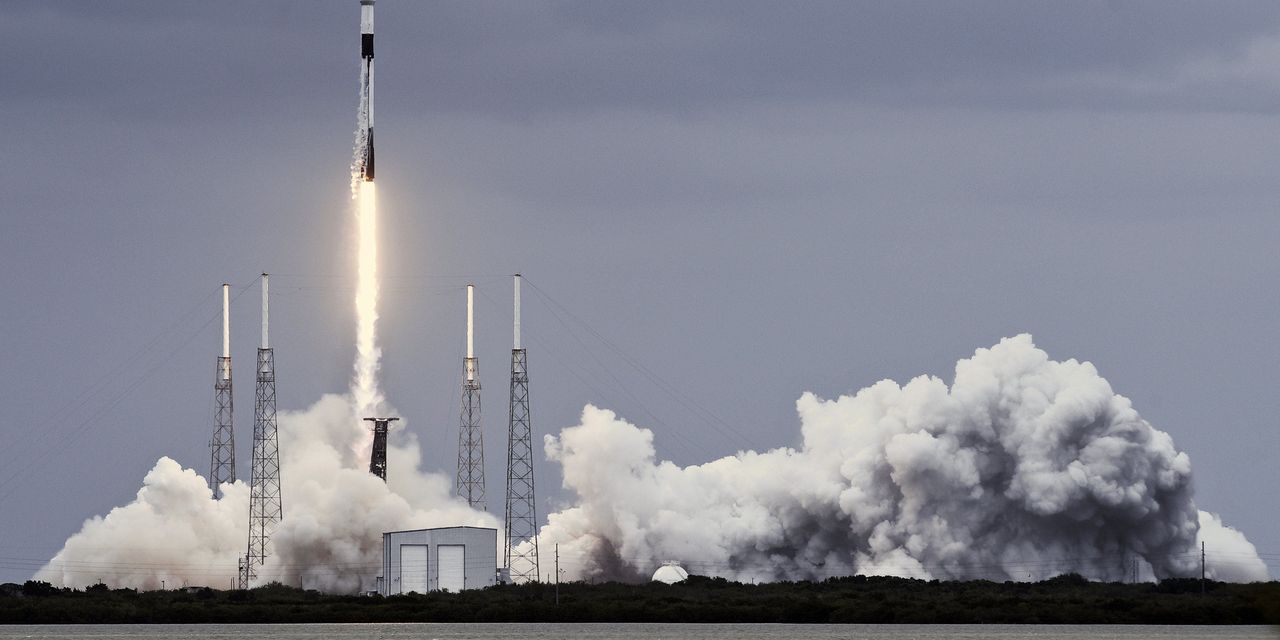 SpaceX’s satellite-broadband unit registered an office in Ukraine as regulators in the country work to clarify how the service is deployed, according to officials and a regulatory filing. The space enterprise led by Elon Musk has focused attention on...

There was chatter Starlink was being used to C&C drones and other operations.

He hasn’t bought it yet. AFAIK he’s (I don’t know the exact business terms or things) made a bid that probably has a bunch of outs if he finds any… odd… when doing the due diligence & looking at accounts bit. 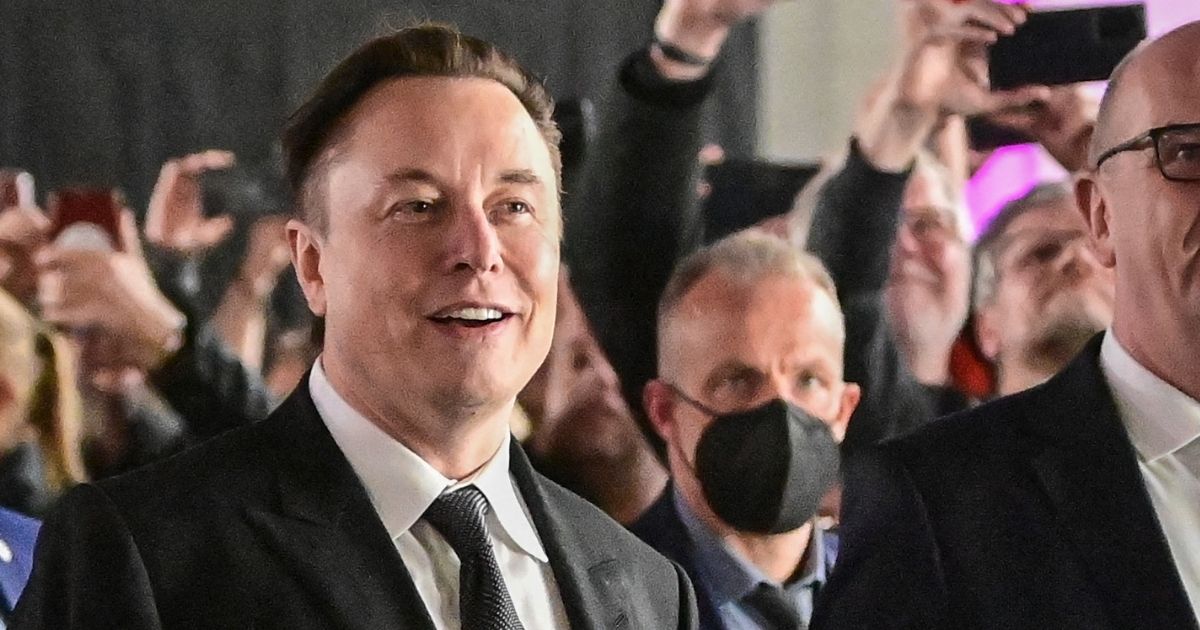 Elon Musk Announces Unprecedented Bid to Buy 100% of Twitter: 'I Will Unlock It'

'I am not playing the back-and-forth game. I have moved straight to the end,' Musk wrote in making the huge proposal.

Oh that’s it of course! Silly old us… 1.9 million bots, who ever heard such nonsense I ask ya!

Twitter didn’t have as many users as it thought — a predicament that may have encouraged the company to more seriously consider its acceptance of Elon Musk’s proposal to take the company private in a $44 billion deal. According to Twitter’s Q1 2022...

I other news, I heard computers are tripped to really help us in the future, do the hard maths and keep track of all the beans. Lookin’ forward to the productivity gains and 13 months holidays a year. Sounds deadly.

I don’t think this deal is finalised yet, what if it doesn’t make it to the finish line?

Might it all be smoke and daggers, or cloaks and mirrors and for what purpose, burn the evidence while everyone is looking at Elon President of Mars Terra?

Listen now (116 min) | An impromptu discussion with Woes on the subject everyone is talking about.