Let us pray that the Lord will free the victims of human trafficking and help us to respond actively to the cry for help of so many of our brothers and sisters who are deprived of their dignity and freedom. #EndHumanTrafficking

The response (onslaught) makes no bones about their memes.

No Dignity, No Freedom 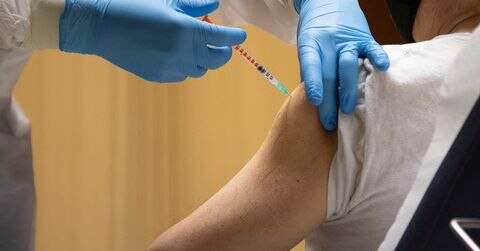 No jab, no job: Vatican gets tough with COVID anti-vaxxers

The Vatican has told employees that they may risk losing their jobs if they refuse to get a COVID-19 vaccination without legitimate health reasons.

Schuman, who served as French prime minister and foreign minister in the immediate post-World War II period, also played a role in the founding of NATO.

In 1950 the “Schuman Plan” proposed a supranational community for coal and steel. It evolved to become the European Economic Community in 1957 and the European Union in 1993.

Along with Italy’s Alcide de Gasperi, France’s Jean Monnet and Germany’s Konrad Adenauer, he is considered one of the “Fathers of Europe” for promoting democratic, supranational principles to thwart the possibility of another war on the continent.

A devout Catholic, Schuman’s role in trying to break the cycle of wars in Europe has been praised by several popes.

Francis’ approval of the decree means Schuman now has the title “venerable.”

Pot, kettle, and judicious use of inverted commas by Irish Times

Cork activist questioned over allegations of harassment by Christian...

A BRAVE activist told last night how she is at the centre of a hate campaign by right-wing extremists. Human rights campaigner Fiona O’Leary told the Irish Sun she made a new complaint to gardai wh…

Vile ‘trolls,’ who used an anti-racism campaigner’s breast cancer awareness picture to falsely advertise her as a prostitute, have been captured on CCTV.