Right now the Chinese are furiously working in their biolabs, as are a whole host of other nefarious nations, such as North Korea and likely Iran.

What are they working on?

Threlkeld added, Williams also had been vaccinated for COVID about a month ago and that testing found the two types of antibodies in his system - one type of antibody that results from a natural COVID infection, and a second type of antibody from the vaccine . Threlkeld also said Williams tested negative for COVID-19 while in the hospital.

From The Hunt For Red October:

YOU ARROGANT ASS YOU KILLED US!

Coronaviruses are notorious for ADE reactions, where antibody presence potentiates the infection instead of protecting against it. Using that as a bioweapon is stupid because you will score “own goals” on your own people and there is no way to control that. As a result biological weapons generally are dumb; poison gas and such don’t have this risk since it does not propagate but any disease does.

The poster child for ADE in coronaviruses was an attempted vaccine for a feline coronavirus that often made cats very sick. The vaccine killed every one of them in the test when they were later exposed, wildly potentiating the infection.

Read that again folks: NOT ONE VACCINATED CAT SURVIVED A CHALLENGE WITH THE ACTUAL VIRUS.

Ordinary vaccines we have lots of experience with, such as measles, the flu shot, mumps and similar do not carry a risk beyond that of natural infection and cannot be weaponized because they produce the exact same antibody response as a natural infection. If you have had either the measles or the shot you will have antibodies but an antibody test will not tell you which since they’re not distinguishable.

I suspected from the start that due to the way these mRNA shots work – they are not actually a vaccine at all in that they do not “mimic” natural infection but rather cause your cells to produce the spike protein that the virus has and that elicits an immune response – that the antibodies produced by those jabs would be distinct and distinguishable from natural infection.

All of the so-called “experts” who worked to develop these and the firms involved knew damn well this was the case when they started developing them – and did it anyway.

Now we have hard, scientific confirmation of that and it’s very bad .

An adversary that develops a virus (e.g. another modified/mutated bat virus, for example) that selectively targets ADE in people with the specific antibodies from vaccination, which are distinct from natural infection, could easily kill every single person who was vaccinated and not harm or only make mildly sick those who either had Covid-19 naturally or who were uninfected and unvaccinated .

The nightmare scenario that has always driven bioweapons research is the push to discover some genetically distinct means of targeting a bioweapon such that it only kills your adversary and leaves everyone else alone. It’s even worse for your adversary if your side gets and transmits it but doesn’t get sick. This has never been found despite diligent effort in the past; all attempts to find such a distinct vulnerability have failed, showing reactivity across the board and thus strongly suggesting that if that “thing” was completed and got out it would kill indiscriminately. That you cannot stop a virus from circulating (even isolated islands eventually got hit by the 1918 pandemic flu!) means that releasing a virus or bacteria that nobody on “your” side has been sensitized to yet doesn’t help because when (not if) the sensitizing agent gets into your population all your people die too.

This has now, for the first time in human history, been changed by the idiotic actions of our governments and pharmaceutical companies in that we are now tagging people for death by the literal millions and they will die if an adversary is able to develop a virus that targets those specific antibodies.

Of course, said adversary will not deploy the tagging via said shots in their population and thus their people will not be attacked and killed. Since it takes an actual jab of a needle to be sensitized absent intentional action there is no risk to the adversary’s population or troops.

I give the odds of an adversary (remember, we’re talking nations here with nearly unlimited resources and plenty of smart people) figuring out how to selectively target Covid-19 vaccination antibodies at 50% or better within the next five years.

If they succeed every single person who took one of the vaccines that produces a distinguishable antibody titer dies .

You can bet your last nickel they’re working on it right now.

What happens if they succeed and we forcibly vaccinated our children and anyone who wishes to have a “normal” life back? The entire procreation-capable stock of people in the United States will die and so will America.

That risk is wildly beyond the boundaries of sanity to have ever been accepted and it was deliberately concealed from the people – not just here, but throughout the Western World.

It’s clearly not enough for certain ghouls to have destroyed a full year of most school-age children’s education; now they propose to risk literally extinguishing all of their lives and thus the future generations they would be able to create down the road.

Unfortunately I know that I’m not – there are plenty of people, both terrorists and evil nation-states that would love to unleash something like this on those they hate, they will work on this problem and if they discover a way to exploit it they will do so .

The use of any “vaccine” that does not produce an identical antibody to natural infection must be halted immediately and never done again . We cannot do anything for the people already stabbed but we can eliminate the incentive to develop such a weapon by not having any material percentage of the productive and young population able to be targeted .

The option to cancel the risk of self-destruction of our nation and many others will expire within weeks. 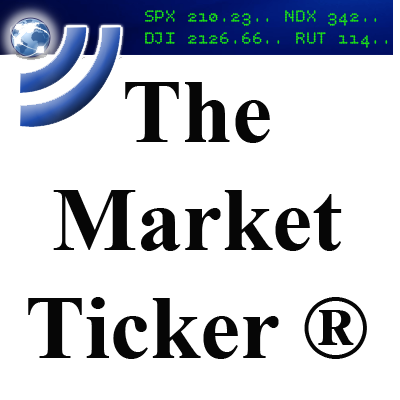 Right now the Chinese are furiously working in their biolabs, as are a whole host of other nefarious nations, such as North Korea and likely Iran.What are they working on?Threlkeld added, Williams also had been vaccinated for COVID about a month ago...