THERE WILL COME A TIME NONE OF THEM WILL BE ABLE TO WALK DOWN THE STREET.
BIGGEST FEAR.
PUBLIC AWAKENING.
Q

This has gone viral.

"Nicholas “Nick” Watt is a British journalist. In 2016 he became political editor of the BBC’s Newsnight.

Thread by @4_04_Not_Found: “They won’t be able to walk down the streets anymore” Here is the full video (3mins-2 parts) GOT IT !!! His name is Nicholas Watt - Political Editor, BBC Newsnight - BBC. "Nicholas...…

Now you know why they need to keep extending emergency powers. This only goes one way until one day it goes a total other way.

By the by, Is Dr.Leo still escorted by armed guard 24/7 and held up in a safe house, not much in the media, maybe someone has a link?

Still there but here is another video source:

It appears there was a nasty atmosphere down on Whitehall yesterday, where an anti-lockdown demonstration took place. Footage has emerged today of the BBC Newsnight presenter Nick Watt being pursued by an unpleasant mob at the event, with a group...

What makes the situation even more bizarre is that the announcement was not presented as required by law to Parliament first and you had the unprecedented situation of the Speaker making quite plain that the House had been misled. Which given the rather arcane nature of the constitution means that Government no longer has real constitutional legitimacy. Misleading the House has always been a resignation offense for ministers. And that includes the First Lord of the Treasury.

So thats Two Strikes against Boris. Even Lord Palmerston knew when it was politic not to push his luck too far. I think the UK will have its first Indian ancestry prime minister sooner rather than later.

Cliff High has some of it too 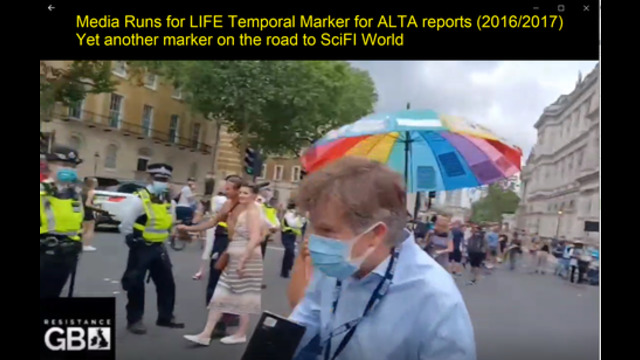 London. Today. Sent to me via email