This Is A Spiritual Battle 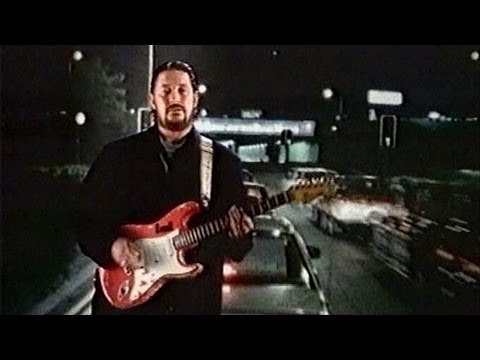 “The time will come – and it may not be far off – when quite different tendencies will come up at a
congress like the one held in 1912 and people will say: It is pathological for people to even think in terms of spirit and soul.

‘Sound’ people will speak of nothing but the body. It will be considered a sign of illness for
anyone to arrive at the idea of any such thing as a spirit or a soul. People who think like that will be considered to be sick and – you can be quite sure of it – a medicine will be found for this. . . .

The soul will be made non-existent with the aid of a drug. Taking a ‘sound point of view,’ people will invent a vaccine to influence the organism as early as possible, preferably as soon as it is born, so that this human body never even gets the idea that there is a soul and spirit.

“I have told you that the spirits of darkness are going to inspire their human hosts, in whom they will be dwelling, to find a vaccine that will drive all inclination toward spirituality out of people’s souls when they are still very young, and this will happen in a roundabout way through the living body. Today, bodies are vaccinated against one thing and another; in future, children will be vaccinated with a substance which it will certainly be possible to produce, and this will make them immune, so that they do not develop foolish inclinations connected with spiritual life – ‘foolish’ here, or course, in the eyes of materialists. . . .

“. . . a way will finally be found to vaccinate bodies so that these bodies will not allow the inclination toward spiritual ideas to develop and all their lives people will believe only in the physical world they perceive with the senses. Out of impulses which the medical profession gained from presumption – oh, I beg your pardon, from the consumption [tuberculosis] they themselves suffered – people are now vaccinated against consumption, and in the same way they will be vaccinated against any inclination toward spirituality. This is merely to give you a particularly striking example of many things which will come in the near and more distant future in this field – the aim being to bring confusion into the impulses which want to stream down to earth after the victory of the [Michaelic] spirits of light [in 1879].” ~Rudolf Steiner 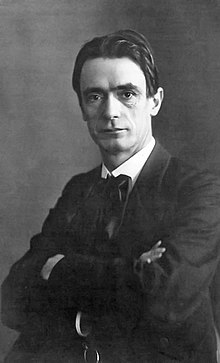 Rudolf Joseph Lorenz Steiner (27 or 25 February 1861 – 30 March 1925) was an Austrian occultist, social reformer, architect, esotericist, and claimed clairvoyant. Steiner gained initial recognition at the end of the nineteenth century as a literary critic and published works including The Philosophy of Freedom. At the beginning of the twentieth century he founded an esoteric spiritual movement, anthroposophy, with roots in German idealist philosophy and theosophy. His ideas a In the first, more...

FunVax - The Vaccine for Religious Fundamentalism

"…It was DoD footage from a lecture hall in the pentagon. The video was date stamped 4/13/05 so someone was holding onto this for awhile. I received it, the second week of February of this year. So, on it, it had one of the guys from the other video, the party video, giving a presentation. I just have an 8 minute clip from this presentation, but basically, this guy, he must be a scientist. This guy is giving a lecture about the brain and a gene called VMAT2 to a group of men in suits as well as various military uniforms. He talks about religion and was showing MRI brain scans. He said that the inhibition of VMAT2 could, over time, cause a persons brain to shift from a religious brain structure, they scientifically, you know they call it phenotype…but basically, you can change a religious brain to a non-religious brain structure. VMAT2 is apparently the scientific name for what people term the God Gene. At the end of the clip he says that he filed a proposal under the name FunVax to begin experimenting with the VMAT2 gene with the goal of creating a virus, like the flu virus, that will remove or replace this gene from people in the Middle East. Their goal of course was to create peace in the Middle East. " 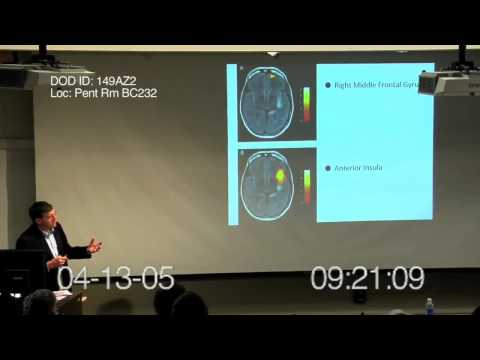 Cut the cord, kill the connections

Does Tylenol Affect Human Empathy? | Office for Science and Society …

Does Tylenol Affect Human Empathy? While liver toxicity is the main concern with Tylenol, researchers have also raised the possibility that the drug may affect the mind, allowing some bloggers to claim it has "soul-deadening" effects. Joe Schwarcz PhD | 3 May 2019 You Asked

Researchers Examine Why Tylenol Affects Empathy Nearly one quarter of all Americans reach for a bottle of Tylenol every week to take the edge off a headache, fever or toothache. Experiments …

Tylenol Can Reduce Your Empathy for People

Researchers from The Ohio State University have found evidence that acetaminophen not only dulls physical pain, it also reduces our ability to predict pain in others and empathize. If the results…

A Key Ingredient In Tylenol Might Reduce Empathetic Response

A Key Ingredient In Tylenol Might Reduce Empathetic Response The drug could have unintended consequence. By Rahel Gebreyes May 16, 2016, 06:21 PM EDT Acetaminophen – an active ingredient in Tylenol and other painkillers – can help numb your aches and pains, but a new study found it could also affect your ability to empathize.

In a new study, researchers from Ohio State University found that individuals who took painkillers featuring acetaminophen – an ingredient found in popular over-the-counter drugs such as Tylenol, Sudafed, Vicks and hundreds of others – were less likely to empathize with other people’s pain than those who did not take the drug.

In this experiment, we used three different paradigms to test for the effect of acetaminophen on empathy. First, participants completed a similar version of the hypothetical scenario measures used in Experiment 1. Second, we measured participants’ sensitivity to noise pain and empathy to other’s noise pain.

Acetaminophen or Paracetamol, the drug found in popular painkiller Tylenol and various other formulations affects empathy, according to a recent study . The study was conducted by researchers at Ohio state university.