Traffic Vaccidents - Have you noticed an uptick?

I feel the news in Ireland has really run out of things to talk about, so car accidents are an easy item to create headlines of wow and awww.

irish media is very lazy and even they have realised they can’t report the covid cases ad nasium. its worse than the lotto numbers.

best way to keep sanity these days for me is to switch of the irish news completely.

Woman dies after collision on M8 motorway in Tipperary

A woman in her sixties has died following a two-vehicle collision on the M8 motorway in Co Tipperary.

Motorcyclist dies after road crash in Co Down

A 46-year-old man has died after a road crash in Bangor, Co Down last week.

Cyclist in his 50s killed in collision in Co Galway

A cyclist in his 50s has been killed in a collision this afternoon in Co Galway.

There were 36,096 fatalities in motor vehicle traffic crashes in 2019.

While Americans drove less in 2020 due to the pandemic, NHTSA’s early estimates show that an estimated 38,680 people died in motor vehicle traffic crashes—the largest projected number of fatalities since 2007.

If this source is broadly accurate and indicative of a trend, then there have been 33,624 fatal crashes in the US in 2021 for the first 7 months of the year afaict - Deaths in this period are 36,529

If the average then in the US is 4,803 per fatal crashes per month then might we expect 57,636 fatal crashes by year end representing a 33% increase YoY for US fatal road crashes in 2021?

I know a yachty few out there and some were raising a few eyebrows at two on the same day: 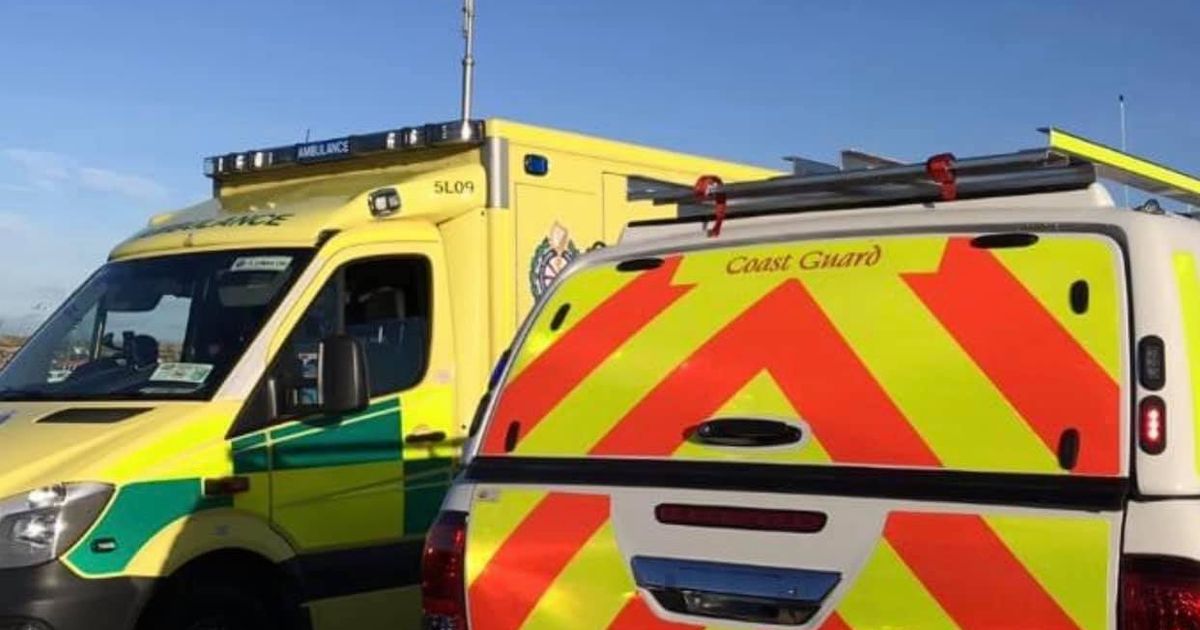 Man dies after Irish Coast Guard responds to incidents on yachts at Dun...

A man has died after emergency services rushed to a "medical incident" on a yacht at Dun Laoghaire Harbour. The Irish Coast Guard crew attended the scene at after the man, aged in his 60s, fell ill at Carlisle Pier on Saturday afternoon. He was...

US Media reporting on the rise:

A few examples of the rise in road fatalities as reported by US media.

Fatal Car Accidents On the Rise in New Jersey

Like most of the country, car accident fatalities are increasing in New Jersey in 2021 due to several factors.

The highways and byways of New Jersey are becoming more dangerous places to drive.

Statistics show that the number of fatal car accidents in New Jersey is rising. According to the New Jersey State Police, at this point in the year, there were 335 fatalities in auto crashes in 2019. A year later, as of this date in August 2020, the number of accident fatalities had increased to 335, a 2% increase. Now, in August 2021, the recorded number of deaths so far in 2021 through car accidents is 367, an almost 10% increase from last year.

Even with fewer cars on the road with less people commuting, New Jersey roads are only becoming more hazardous to drivers. 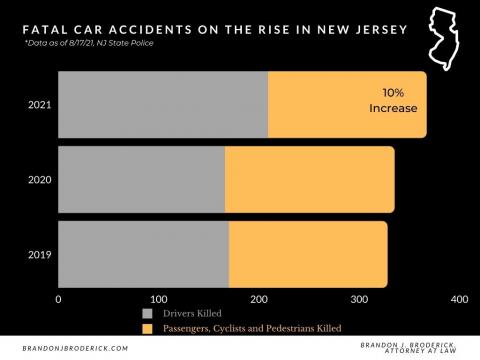 Accidents on the Rise

JACKSONVILLE, Fla. – The Jacksonville Sheriff’s Office is stepping up enforcement of basic traffic laws due to a rise in deadly crashes in 2021. One of the most recent deaths occurred as a result of a crash with a school bus on Thursday, August, 19.

Police stepping up enforcement amid rise in fatal crashes in Jacksonville

The Jacksonville Sheriff's Office is stepping up enforcement of basic traffic laws due to a rise in deadly crashes in 2021.

This year, there have already been 733 fatal crashes. Compared to June of last year, there had been 600, which means at this rate we could surpass last year’s numbers.

Fewer drivers have been on the roads over the past year, but the number of deadly crashes in the state of Georgia was still higher than in previous years.

ST. CLAIRSVILLE — The state is still in the midst of the 100 deadliest days of summer, and Ohio State Highway Patrol troopers are putting out word that fatal motorcycle crashes are on the rise. Lt. Maurice Waddell of the St. Clairsville Post and Lt....

A note on wrong way driving, of which there is one report IIRC in this topic:

…The data also shows that drivers over age 70 are more at risk of wrong-way driving than their younger counterparts, despite the fact that older drivers ages 75-79 spent less time on the road and drove fewer miles per trip than younger age groups.

Well whatever the reason, there’s no doubting that there’s been an uptick around the place.

Two men, aged in their 40s and 70s, have died in separate road crashes in counties Kildare and Tipperary.

Silent suicides I’m afraid, saves the family any shame but I know one middle aged man who lost his livelihood and was involved in a single car crash late at night. the cost of a never ending lockdown that the media won’t mention.

Quite possibly and very sad. At end of year, comparisons with prior years will tell.

Good thinking all right. What’s the point having the insurance paid if the money is being debased. Nothing will buy the father or mother for the kids.

A woman in her 70s has died in a road crash in Co Meath.

Man dies after being hit by car in Cavan

A man in his 60s has died after he was struck by a car in Co Cavan last night.

Man in 20s dies after bike hits lamppost at Inns Quay, near the Four Courts

Gardaí are investigating a single vehicle road traffic collision that occurred on the M3 in Dunshaughlin, in the early hours of this morning, Friday 17th September.

Road deaths rose in Ireland despite drop in traffic during pandemic

‘Worrying’ evidence of increasing public acceptance of speeding and other behaviours 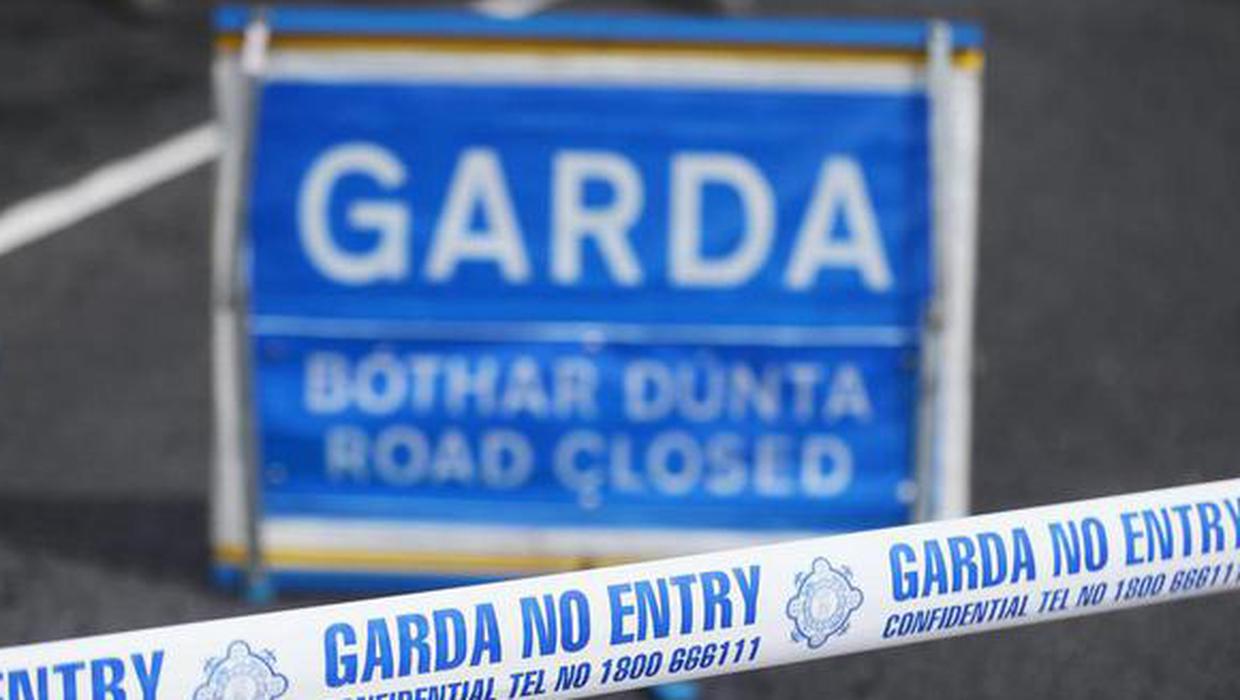 A woman in her 50s has died after the car in which she was a passenger was involved in a single-vehicle collision in Co Monaghan early on Monday morning.

A woman in her 40s has died after she was struck by an articulated lorry in Co Kildare.

How the hell can a pedestrian getting killed on the motorway be claimed to be a vaccident?