Of course superman was always the dullest and least interesting of all the superheroes. Now he’s the wokest ie same thing

They need to find a superhero nun who’s super power entails sniffing out and stopping people about to engage in the sexual act in their own homes. Enter supernun (a cross between the spit of Ruth Coppinger and Katherine Zappone) who proceeds to lecture them on informed consent before its too late

The fact that she’s taking an action over this beggars belief…should have laughed it off. Now she’s given the claims credence…

The wife of French President Emmanuel Macron, Brigitte, is launching legal proceedings over the spread of false claims that she is a transgender woman who was born a man, her lawyer has said.

I disagree. I think it shows balls

I can see the electoral sense of the US Democrats creating a coalition of minorities. But is there some unspoken competition within the Irish political parties as to who can be Most Gay?

I do wonder if someone has Kompromat 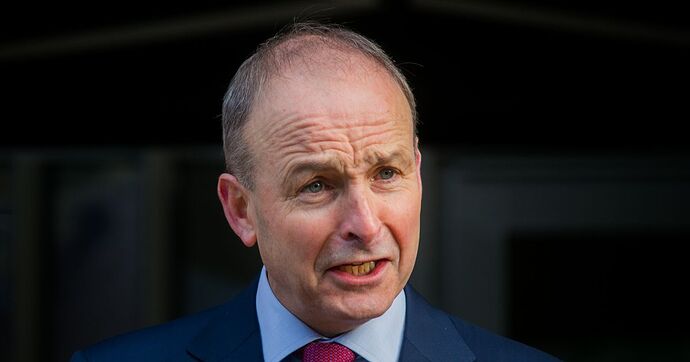 I do wonder if someone has Kompromat

Thats not needed, right thinking people believe in the trans nonsense, so most Irish politicians will play along because they want to be seen to hold the correct ideas. Varadker is of course a true believer, Martin like the rest of his party believes in nothing, an empty shell of a man 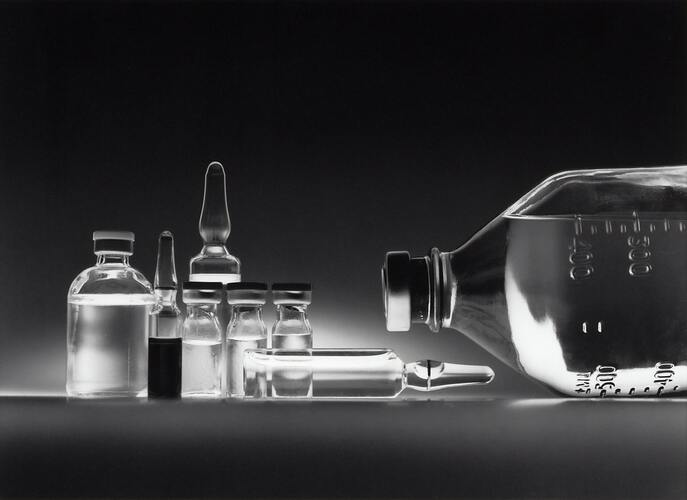 Irish children and the Tavistock

"The issue at the heart of this claim is whether informed consent in the legal sense can be given by such children and young persons." What implications does Keira Bell's win have for the treatment of Irish children who have been referred to the...

The barbers told Manchester Evening News James was refused service as they are “only qualified for men’s haircuts” “We are not qualified to cut long hair.” 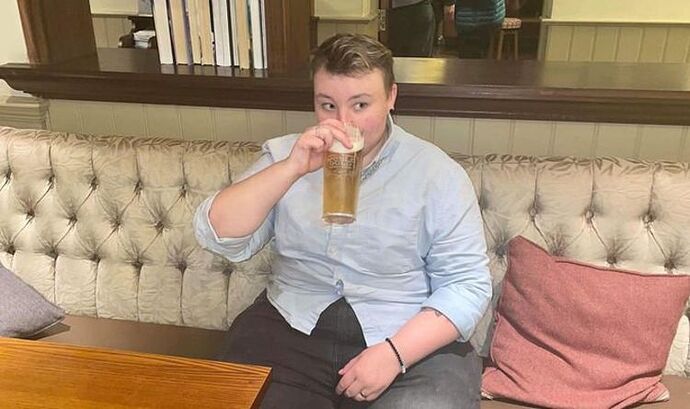 A TRANSGENDER man says he was left "ashamed of his body" after barbers refused to cut his hair.

Barbers have no issue with this guy. 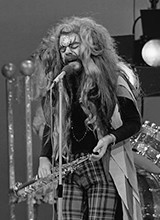 I like the framing of this issue as “World War T”

We inform the fight to keep America American

Anything a woman can do, an ex-man can do better. Well, except for trivialities like conceive, bear, and nurse a baby.

Looks like a dude to me…(no wonder the universities are in crisis if this is what passes for a “professor.”) 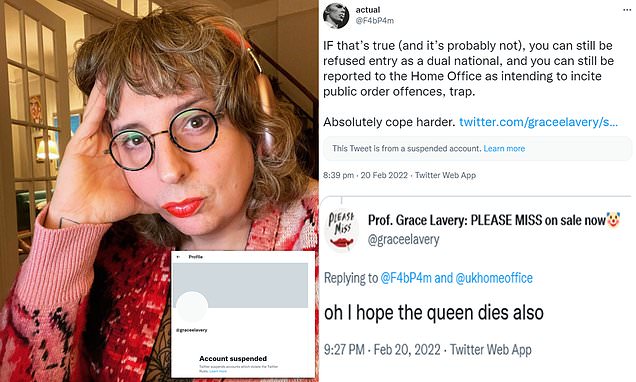 She told DailyMail.com that she supported people being canceled on social media - but apparently that does not apply to her.
Lavery said: 'I wholly support social media platforms taking action against harassment.

Well(s)he got what (s)he deserved there, couldn’t have happened to a nicer tranny.

The Irish Times just love her to bits…

Please Miss by Grace Lavery: A weird and wonderful work on the trans experience (irishtimes.com)

Please Miss, Grace Lavery’s memoir of addiction, transition and clowns, happily sits within the current wave while simultaneously standing entirely on its own. Lavery, a professor of English at University of California, Berkeley, takes a novel approach to the memoir. Melding it with fiction, theory and analysis of popular culture, the result is an untamed beast, a vast scrapbook of lengthy asides, harrowing recollections and literary analysis. Not many books can so freely traverse between a sincere account of the author’s burgeoning descent into alcoholism and a genuine examination of how the musical Little Shop of Horrors is actually a trans narrative.

The most overarching presence in the book is Lavery’s humour, which can be easily deciphered upon discovering the book’s subtitle: A Heartbreaking Work of Staggering Penis. Her worldview is as unique as it is deranged and you often feel as if you’re in the presence of that one friend who you know will guarantee you a wild and storied night out. 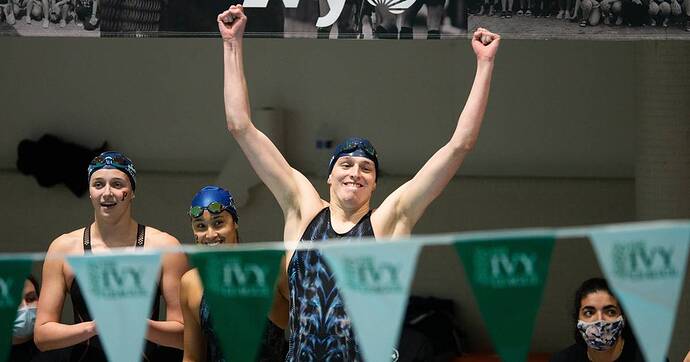 Sonia O’Sullivan: Transgender athletes cannot be allowed to compete in...

Women’s sport exists in order to allow women compete on a level playing field against other biological born women; it is not a category one can transfer into.

But isn’t it mainly women who simply can’t get enough of cheerleading all things tranny,…

Eh is Sonia a woman?

Some of them, but the radical hotbed of insurrectionists known as mumsnet is apparently where resistance is fiercest

As far as I can make out, the LGB & feminism groups were slowly infiltrated & taken over, with one small concession after another, those who didn’t comply being squeezed out, until the only ones left were on board with the new ideology. But like many a lot of this went under my radar until 2-3 years ago so my impression could be wrong

Another company NOT to support 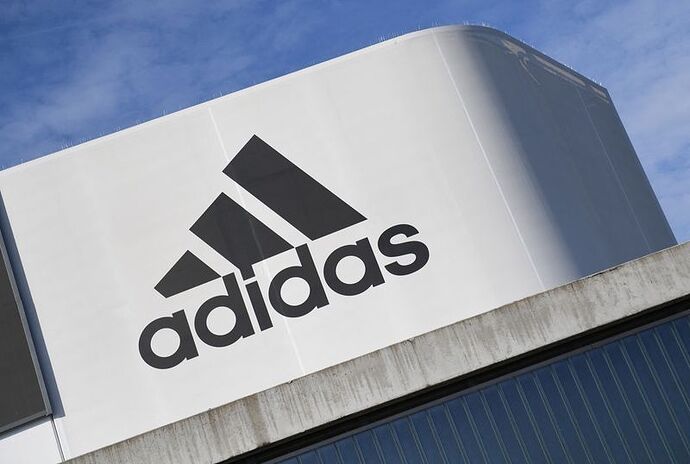 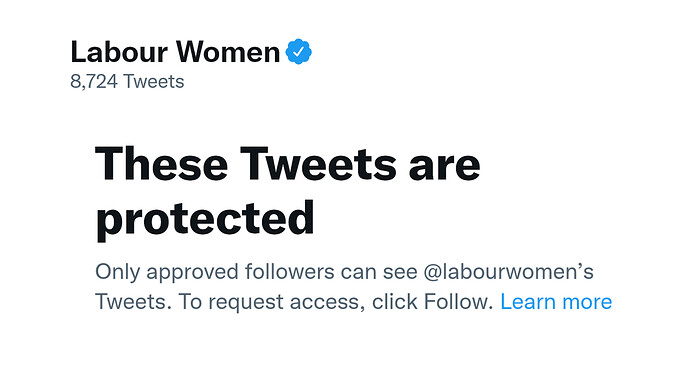