As the gay-marriage juggernaut crushes all resistance within America, it’s become obvious that the mainstream media doesn’t want to declare victory and go home. They want sequels. But what’s left to exploit in demonizing average people after the elites have gotten all they demanded?
One obvious strategy is to go global, to turn the domestic gay crusade into World War G.
The problem from a political-correctness standpoint is that the worst abuses of homosexuals in the world today take place in black Africa or the Muslim Middle East. So it would be racist or Islamophobic to go global at the moment.
Fortunately for the American press, the mostly white and ethnically Christian country of Russia recently passed a law against spreading gay propaganda among minors. And since spreading gay propaganda, especially to impressionable young people, is the essence of the American prestige press’ gay-marriage campaign, this has been taken very personally.

But what’s the post-gay-marriage strategy to keep the pot bubbling here in America? Sure, the gay marriage whoop-dee-doo served as a distraction from the major issues America faces (it’s not wholly coincidental that Wall Street ponied up much of the money for the campaign), but perhaps the media can double down and find an even smaller group to noisily champion. How about…transsexuals, transvestites, trans-whatevers?
World War T!

53% of the mothers of boys with gender identity disorder had borderline personality disorder compared to 6% of controls. Hmmm

Mothers of boys with gender identity disorder: a comparison of matched controls...

This pilot study compared mothers of boys with gender identity disorder (GID) with mothers of normal boys to determine whether differences in psychopathology and child-rearing attitudes and practices could be identified. Results of the Diagnostic...

The rise of the liberal groomer

Not every desire deserves to be empowered

Jimmy Savile’s Irish trips: ‘So many people were taken in’ 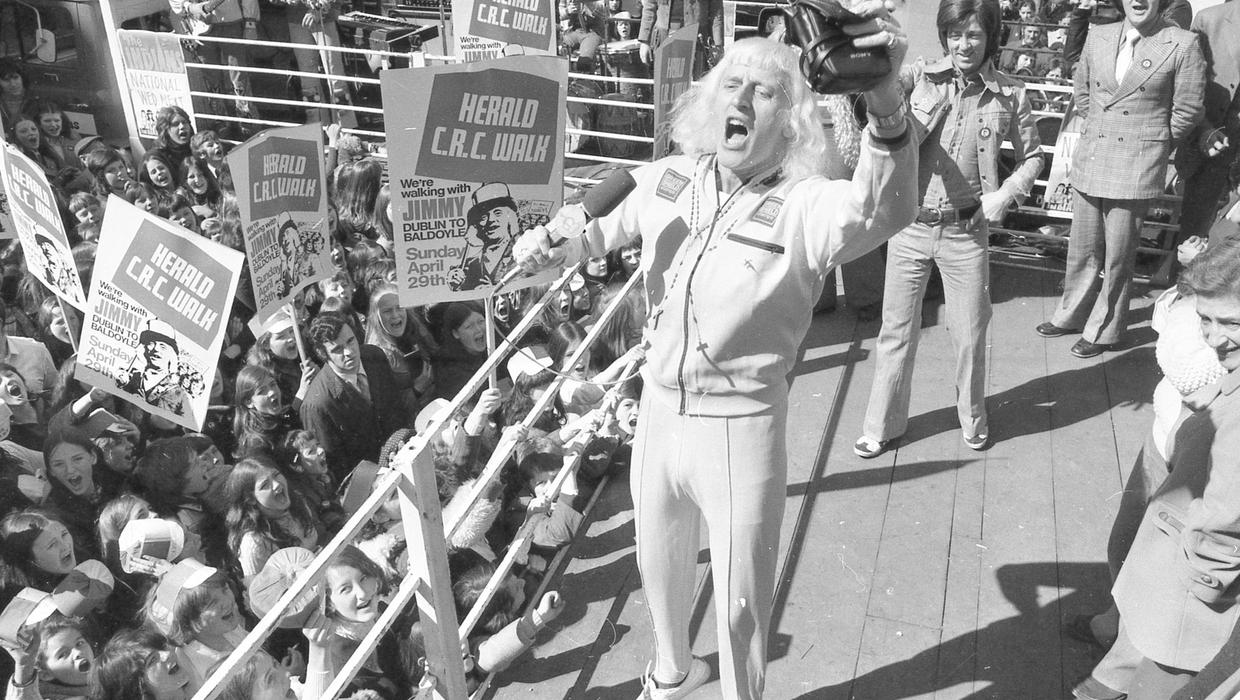 Jimmy Savile’s Irish trips: ‘So many people were taken in’

Celebrity was in short supply in the Ireland of 1968. The country was still an insular one and visiting dignitaries were worthy of considerable curiosity.

You’re seeing this line more and more. It’s the Trans in Sports version of “Love is Love”. You saw it with Lia Thomas "This is the sport I’ve loved since childhood. I just want to participate. I just want to be me. Why are you being so unfair?

One trans player I spoke to put it simply: “I just want to play football.” Community sport just wants to get on with making that happen.

Also they appropriate the word fairness for something manifestly unfair

These things are really important. As hockey player Emily Dwyer wrote for Guardian Australia: “For some trans and gender diverse people experiences or fears of discrimination – deliberate, subtle, unintentional – are barriers to participation that remain too high. Isolation and depression are crisis issues for trans and gender-diverse people; participation in sporting and social activities can be one part of the solution.”

And they’ve conquered academia with illogic

But Prof Kate Henne, at the School of Regulation and Global Governance at Australian National University, says that the focus on testosterone thresholds as a marker for male or femaleness is just the latest flawed method in a long line of different ways sport has tried to “test” for sex difference, stretching back almost a century.
“This concern about men participating in women’s sport has paralleled the growth of women’s sport, and it’s been a preoccupation of elite administrators more than anything,” says Henne.

Also they’ll portray reasonable things from the past as horrors

The earliest tests were inspections of women’s actual genitalia

Trans participation in sport is happening now – not only is it a non-issue, it...

My hockey team is not my place of trans activism. It’s just where I’m me | Emily...

Isolation and depression are crisis issues for trans and gender-diverse people; sporting and social activities can be part of the solution

So says the boss of Forum, a new publishing imprint that's offering a home to 'cancelled' authors

This tactic has spread to Britain 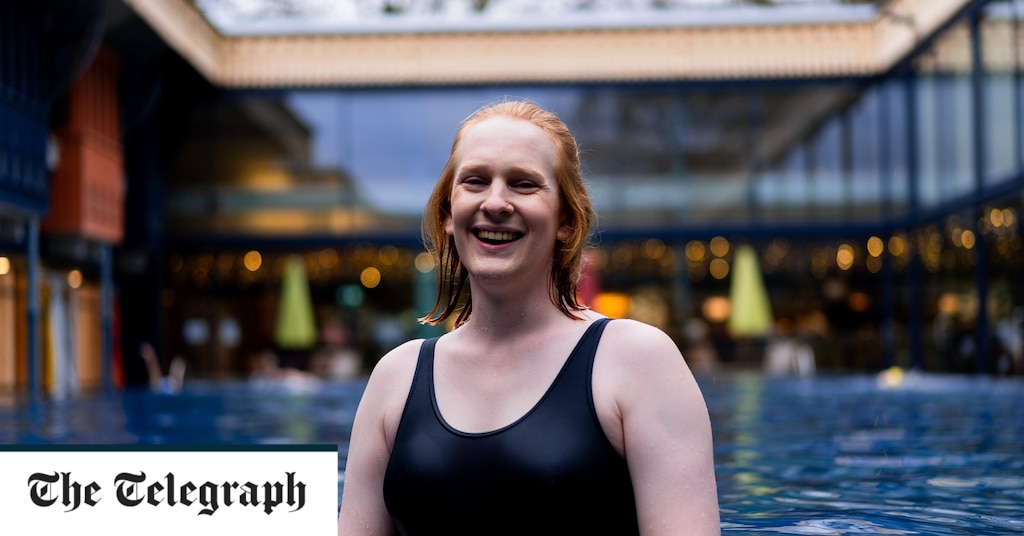 Elgeti took up recreational swimming at a local lido when she began her transition in 2017. Within a few years she started wild swimming at local rivers and ponds, and founded an inclusive swimming club, while Swim England appointed her as an ambassador. The sport became her outlet for physical and mental well-being, and a huge part of her social life.

Probably for the last six months, it’s been really difficult to push myself to go and swim with my friends or even with my partner because I don’t feel comfortable,” Elgeti, 27, says. “I’ve been confronted, people who say ‘you shouldn’t be getting changed in here’ or ‘you shouldn’t be at this session’. I don’t have the mental energy to deal with it, so I’ve just been excluding myself on the basis of the what ifs, because those conversations are happening more and more, and it’s being fuelled by social media, the general media and gender-critical feminists. It’s upsetting.”

Also the Far Left hate Rugby because of its rules.

Natalie Bow, a cisgender woman who plays rugby for amateur Championship club Reading Abbey, says she has been disheartened by her sport’s role in the conversation. World Rugby was the first international sports federation to block transgender women from global competition in 2021, and the sport is often used as an example of where the safety of cisgender women could be compromised

While Bow, 31, has never played with or against a transgender woman to her knowledge, she is in full support of inclusion and says she has become frustrated at rugby being used as a political football. “It’s never been the case where size has mattered in rugby, it’s partly why I absolutely love the sport,” says Bow, who has been playing for eight years.“I can play anyone who rocks up. It’s so inclusive. No one cares what you look like. That’s so good for women and young girls to see that anyone can play – whether you’re tiny or bigger, rugby is for all. And I think it’s such a shame that rugby has been targeted as something that shouldn’t be played by trans women.”

Mass will matter if you’re up against a man. The average 18 year old woman has the same strength as an 80 year old man.

Here is also a standard progressive tactic: the invocation of how future generations will see the predicament and accordingly that progressivism is inevitable & Right

For Bow, she thinks future generations will be appalled at sport’s current state of play. “I hope in the future we look back and think, oh my God I can’t believe this happened,” she says. “There’s no compassion there at all for trans people.”

The Telegraph is doing a very weird pro Trans push these days. I don’t think the Telegraph would have printed the term Cis woman 10 years ago 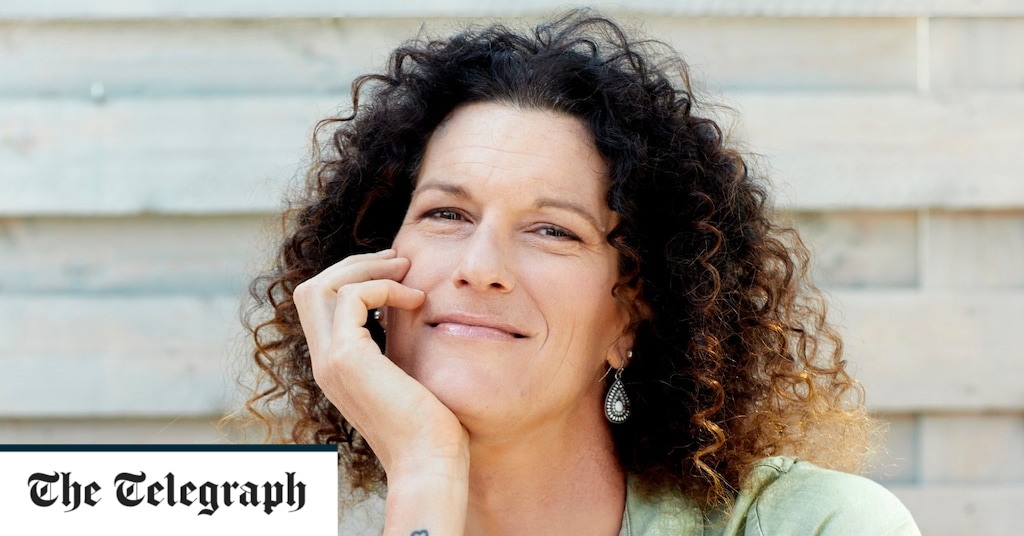 Natalie van Gogh: 'The UK is 15 years behind Holland when it comes to trans...

Former Dutch cyclist, who has the support of Olympic champion Annemiek van Vleuten, questions the fairness in sport's inclusion debate

But, despite the initial backlash, Van Gogh found peace in the peloton - in large part thanks to the support she received from other riders. While in the UK the news of Emily Bridges potentially competing against cis women athletes has been met with opprobrium, GB Olympic Cycling chief Sara Symington signing a letter against trans inclusion, and GB cyclist Katie Archibald pledging her support for Bridges while simultaneously expressing her concerns around “fairness”, the response to Van Gogh’s competing was markedly different. Tokyo 2020 Olympic time trial champion, Annemiek van Vleuten, has been riding against Van Gogh since 2007, and remains unequivocal in her views

'They have got to sort this out': Nadine Dorries plots summit to overhaul...

But, whether nationally or internationally, the current direction of travel appears clear. “I can’t think of many issues where the public debate had turned so quickly – and that discourse has helped those sports who are looking at taking a more hardline stance,” said one insider.

Mass will matter if you’re up against a man. The average 18 year old woman has the same strength as an 80 year old man.

Yup. Women can match to some degree for agility, but bone mass, strength & even body fat % is drastically different. I think a lot of women genuinely don’t realise the scale or degree of difference unless they’ve been in situations where it’s blindingly obvious who can bench press more, lift more, or pull more. Some men genuinely don’t seem to realise either (& seem to think yelling “lift harder” will magically make biceps bigger - no this was not a trainer just an idiot).

It’s crazy it’s allowed. Women have no hope against a trained athletic male.

Fallon Fox, the first MMA fighter to come out as transgender, once fractured the skull of her opponent in an MMA fight in 2014.

No doubt similar considerations informed the proposal in the general scheme for a Bill on Work Life Balance to “amend the Maternity Protection Act 1994 to extend the period of calculable breastfeeding for an employee’s entitlement to time off from work or a reduction of working hours for breastfeeding and to ensure transgender males that become pregnant fall within the scope of the Act.”

More crapola from the Telegraph.

Midwifery students being taught how to help men give birth

Abigail Shrier: Taking on the trans lobby has made me Public Enemy No 1 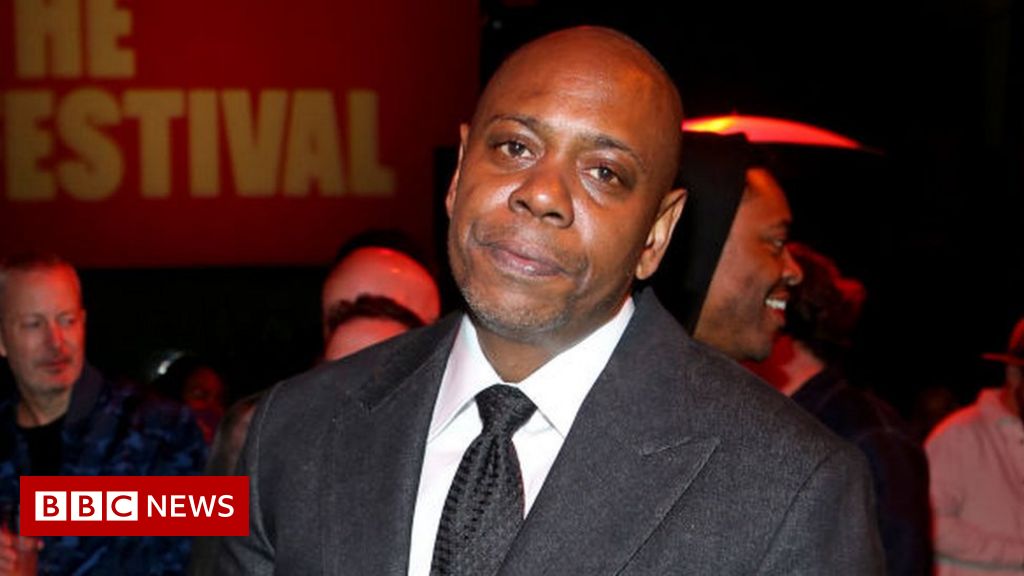 Dave Chappelle: US comedian attacked on stage in Los Angeles

Videos show someone tackling Chappelle at the Netflix Is A Joke Festival at the Hollywood Bowl.

Womb With a View - or should that be View of a Womb? Third party surrogate doesn’t even get the courtesy of a mention by name…

‘We are pregnant!’ – Brian Dowling and partner Arthur Gourounlian announce...

Brian Dowling and his partner Arthur Gourounlian have announced that they’re expecting their first child.

Also doesn’t mention which is the father. Or did they just do a lucky dip?