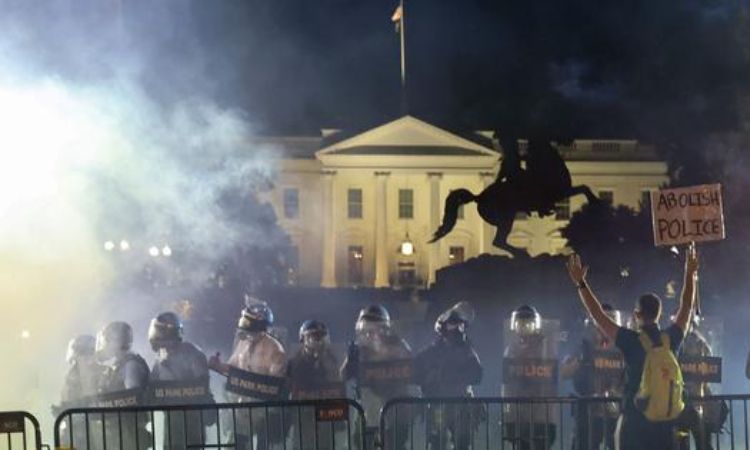 As November draws closer, President Trump has indeed adopted a more ominous tone about the election. In speeches and interviews,

"Bipartisan" Washington Insiders Reveal Their Plan For Chaos If Trump Wins The...

...the chilling 2020 election predictions being made by TIP all seem to be yet again feeding into the same, seemingly all-encompassing, technocratic agenda...

My impression is that the Soros family has recently been pouring its money into a more respectable way to cause chaos in the streets: by funding anti-law-and-order district attorneys in elections across the country. For example, one of the most consequential races this November will be in giant Los Angeles County, where the Soroses are funding a white male leftist challenger against the incumbent black woman district attorney Jackie Laceybecause they object to her effective anti-crime stance. 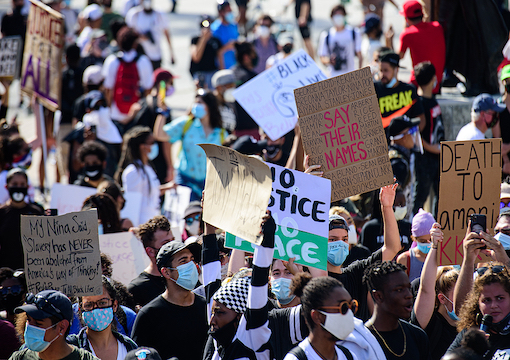 The riots tend to go on the longest in places like Portland where there are few blacks, so it’s easier to theorize about what they must be like.

And another Trump voter is created 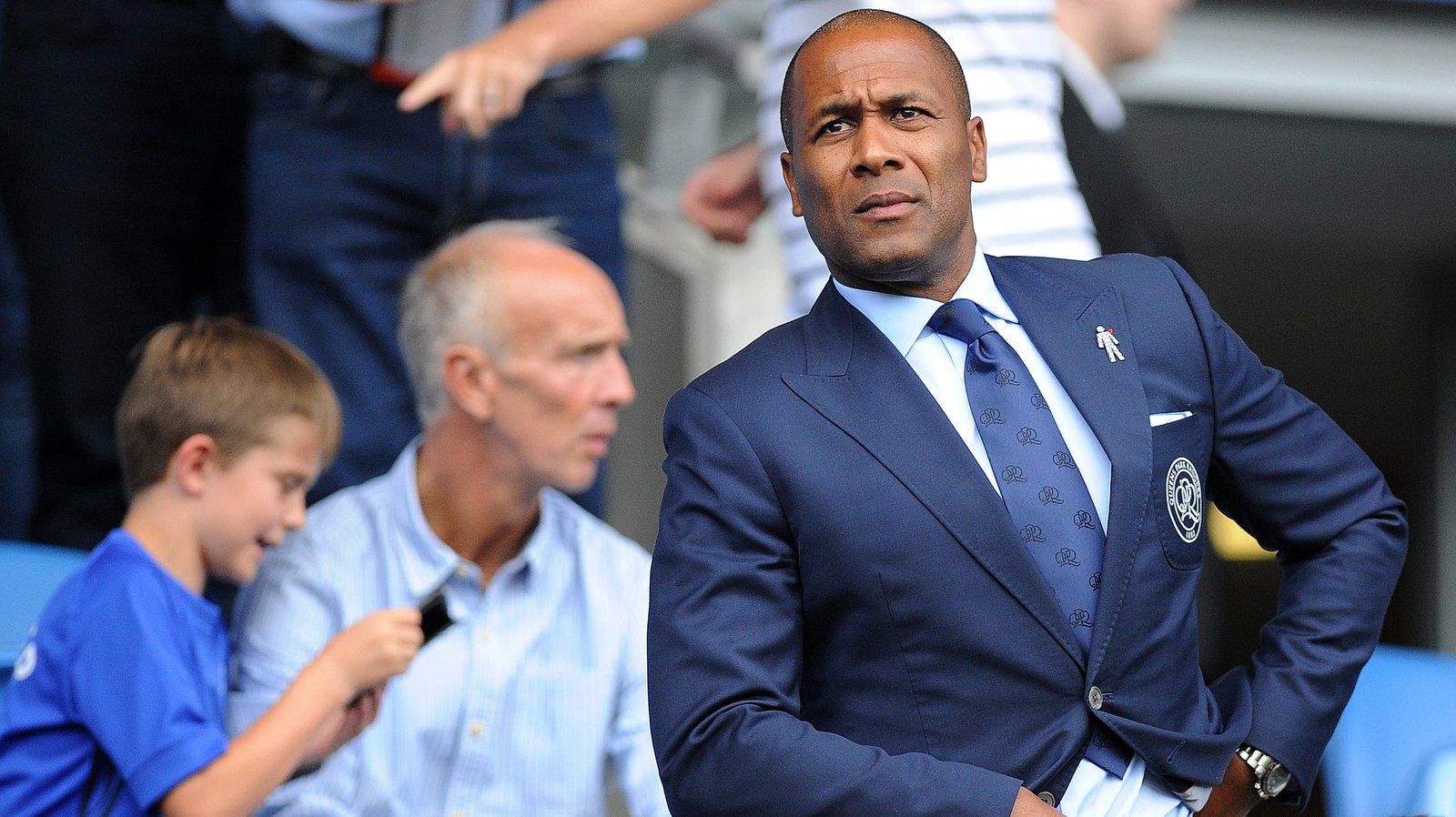 Les Ferdinand has defended QPR's decision not to take the knee ahead of their match against Coventry, claiming the gesture's "message has been lost" and is now akin to a "a fancy hashtag or a nice pin badge".

This BS is still going on. It is taking a long time, but slowly more are starting to call it out for what it is

‘Burn Louisville’ and ‘Amerikka’ trend on Twitter as calls for Black Lives...

Outraged that Kentucky authorities did not charge anyone with murdering Breonna Taylor, activists have egged on Black Lives Matter protesters with incendiary messages and called for riots in other cities – while blaming Russia.

Well that was a very interesting juridical lynching.

George Floyd died of a drug overdose. Thats what the coroners report said. George Floyd had been released from hospital a few weeks before his death after being hospitalized for a previous drug OD. George Floyd had already entered the first stage of the OD that killed him while still in the car before he got out at the request of a police officer. The other person in the car was his drug dealer.

George Floyd was 6ft 4 and 220lbs. Mostly muscle. He was a bouncer when employed. Chauvin was asked to restrain Floyd because he was the only police office big enough and strong enough to do it. Floyd towered over all the other officers. Medical response was requested immediately when asked for. George Floyd had a very long criminal record. A violent criminal record.

Chauvin was just found guilty of murder. Chauvin had one single lawyer working for his defense. Paid for by his union. The prosecution was not done by the city but by the state Attorney General’s office who used all resources at there disposal for the case. Many dozens of lawyers and support staff paid for by the state. The AG leading the prosecution has a long history of corruption and drug gang involvement. He has a long history of domestic violence and abuse which normally means jail time. He is a notorious race-baiter who uses the race card against everyone who tries to bring him to book.

Thats who ran the trial, set the court rules, and as it turned out, actively tampered with the evidence.

Many very large law firms gave pro-bono lawyers to the prosecution side of the case. That will be noted and remembered.

I hope the remaining Minneapolis PD’s officers resign (at least 20% have so far) and leave Minneapolis to its fate. The next Detroit or Gary. Whole areas of the city burned out. By this stage they deserve it. They deserve it good and hard. It was Minneapolis voters who made this happen. At city and state level. The rest of the state votes Republican. 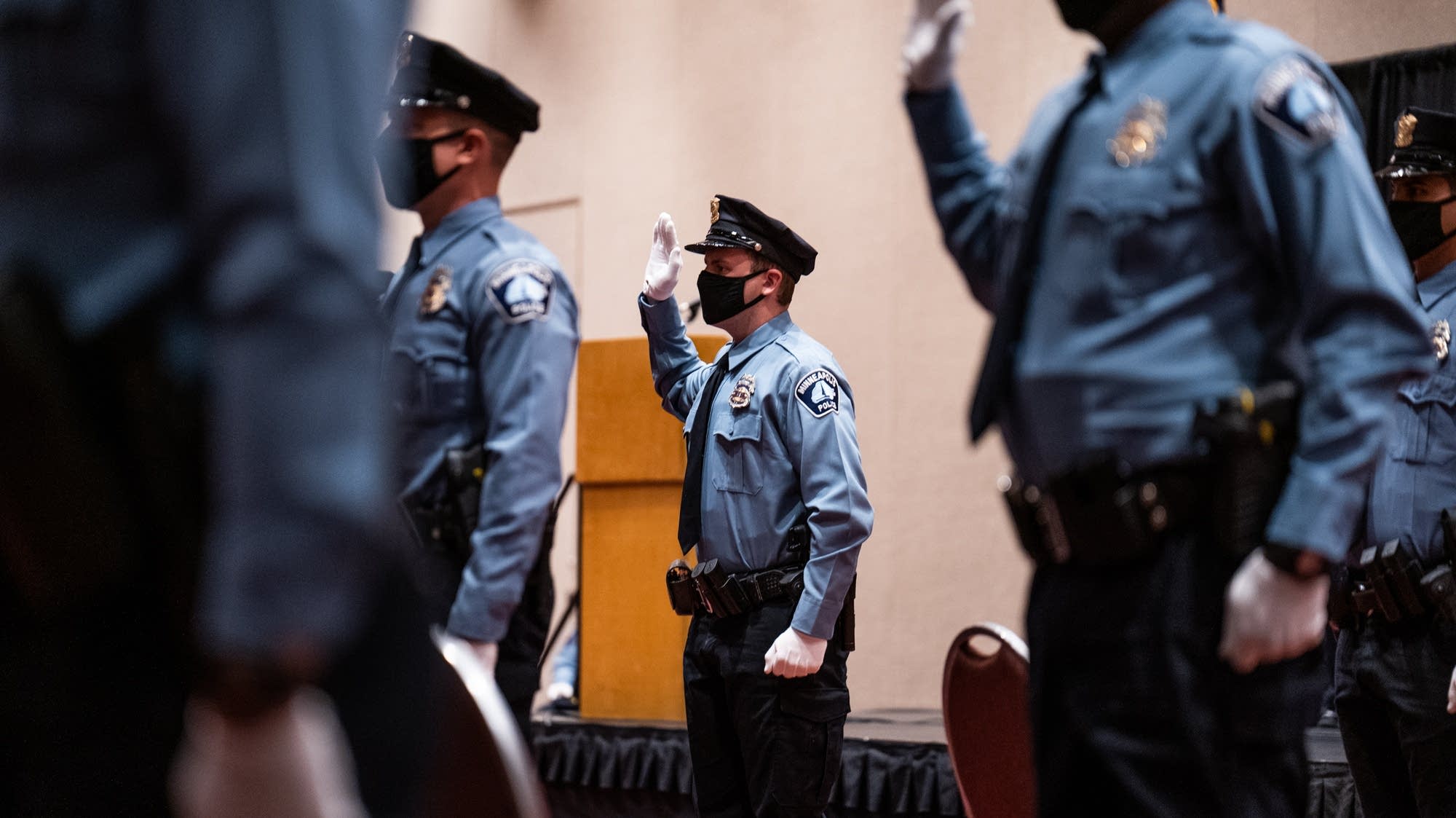 A City Council committee gives initial approval for the chief’s plan to hire dozens more officers by the end of the year.

Two more resigned over the Daunte Wright shooting.
The shooter, and her Chief.

Last I heard so many PD offices have resigned in Minneapolis in the last year that most police districts dont have even legal minimum shift coverage. It can take 35 to 45 mins for 911 calls to be responded to and the non response rate in places like south end of Minneapolis were all the trouble was last year can be as high as 40%. So basically in all the “ethnic” districts the PD officers had decided it just not worth it. Basically, you want us to go away, fine by us, but dont try calling 911 when you need help. All the younger guys are leaving to the suburbs and small towns were they dont have to deal with this shit and the older guys are hanging in just long enough to retire at the first opportunity.

One part of the story of Minneapolis that the media never cover is that until about 20 years Minneapolis was a reasonably stable nice city. Very much like Seattle back then. Then local Lutheran charities started sponsoring very large numbers of Somali refugees, they now number about 80K, and they account for the majority of “blacks” in the city. Most of the older Somalis are very hardworking exceptionally nice people but the kids have turned into a huge social problem. An almost carbon copy of the problems with second generation Kashmiri Mirpuris in the UK. Except with drug gangs with heavy weaponry.

I think the only question now is whether Minneapolis will be Baltimore or Detroit in 10 years time. Because I see no escape from the death spiral by this stage.

Four homes - including a ranch and a 1.4m dollar house in LA. Not bad going for a member of an “oppressed minority”. (Of course - it’s all the fault of the “far right.”) 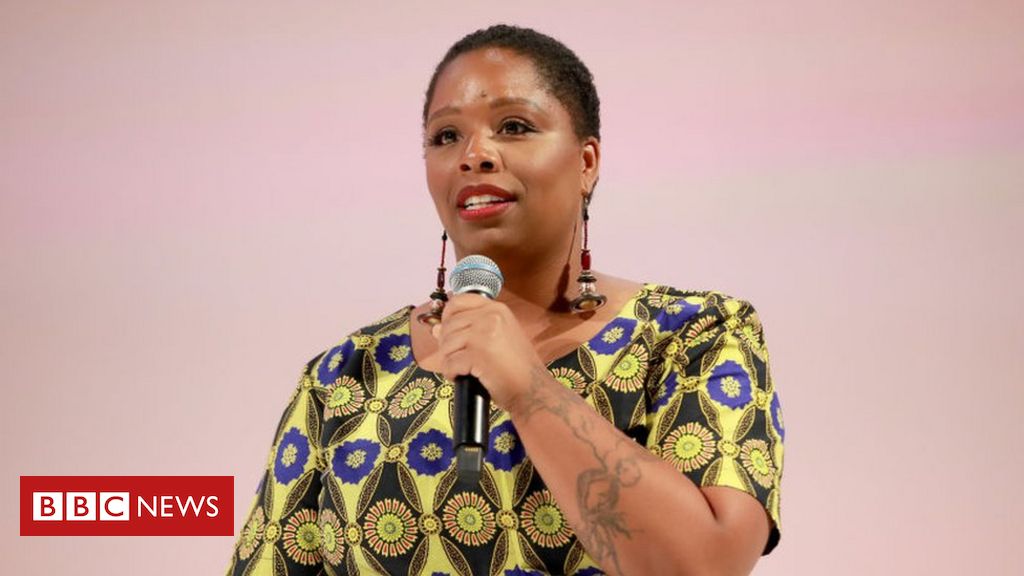 Patrisse Cullors says her exit is nothing to do with "right-wing attacks that tried to discredit my character".

Last month the New York Post reported that Ms Cullors - a self-described Marxist - had bought a $1.4m luxury home in Topanga Canyon, near Malibu, and owned three other homes, including a custom ranch in Georgia.

What makes this even funnier is that Topanga Canyon is probably the whitest area in LA. 90% plus. According to the Census bureau there are 35 blacks total in Topanga and I bet almost none of them live up in the Canyon. All likely to be down by PCH. In the “cheap” area.

She is a straight criminal fraudster. Like all the rest in BLM. Criminals, crooks, thugs and clueless rich white people paying them Liberal White Guilt money. Saying that there would be easy pickings in the Canyon for a black huckster doing a shake down of stupid rich white people. Lots of people like that living there. So a good business move. Close to where the richest marks live.

So, just like the most expensive parts of Dublin then. All talk in Dalkey, Foxrock and Howth about the wonderful benefits of more and more diversity.

Always for thee and never for me.

The more things change, the more they stay the same.

"Radical chic" is a term coined by journalist Tom Wolfe in his 1970 essay "Radical Chic: That Party at Lenny's" to describe the adoption and promotion of radical political causes by celebrities, socialites, and high society. In languages such as American English, French and Italian the term has become widely used to indicate people identifying themselves as socialists or radical leftists while conducting upper-class lifestyles. Unlike dedicated activists, revolutionaries, or dissenters, those wh...