What an absolute and utter malevolent c*nt Biden is.

edit - actually Biden’s comment in person was ok. The statement is a cunty one written by Psaki obviously

Joe Biden said: “I stand by what the jury has concluded.”
The US president told reporters: “The jury system works. We have to abide by it.”
In a later statement Biden appealed for calm and said he had spoken to local authorities in Wisconsin to offer any help needed to ensure public safety. “While the verdict in Kenosha will leave many Americans feeling angry and concerned, myself included, we must acknowledge that the jury has spoken.”
Biden added: “I know that we’re not going to heal our country’s wounds overnight, but I remain steadfast in my commitment to do everything in my power to ensure that every American is treated equally, with fairness and dignity, under the law.”

The online gun folks were in awe of the how Kylie came though the situation and remain so to this day.

Was Kenosha a Failed Hit? 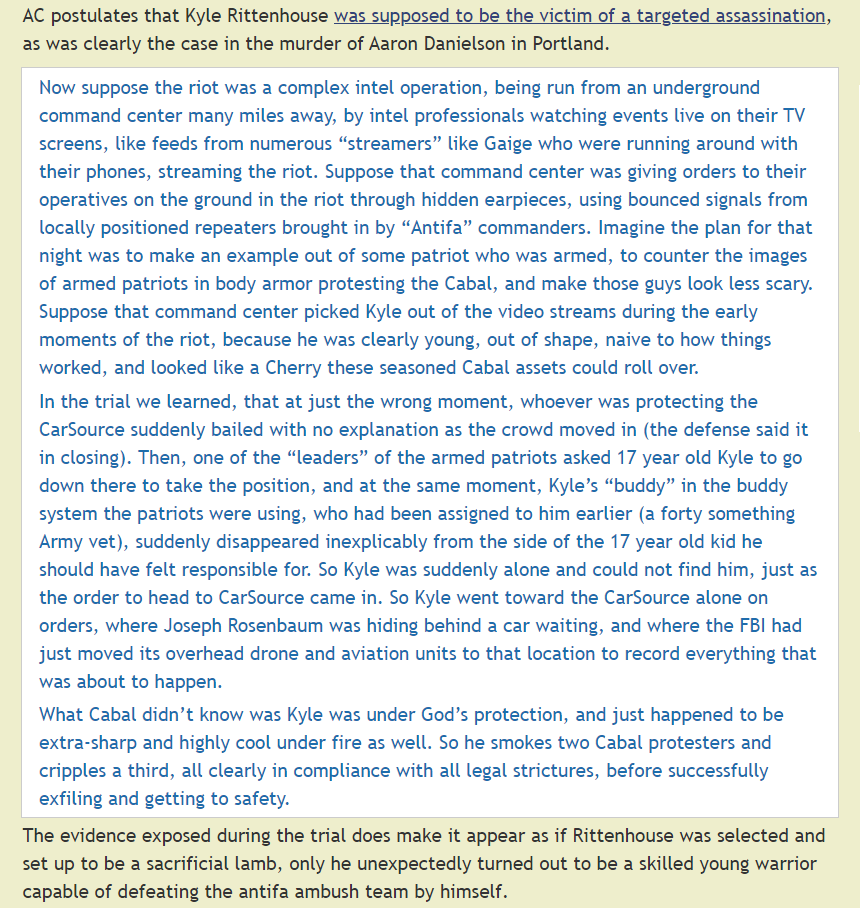 Was Kenosha a Failed Hit?

AC postulates that Kyle Rittenhouse was supposed to be the victim of a targeted assassination, as was clearly the case in the murder of Aaron Danielson in Portland.

Now suppose the riot was a complex intel operation, being run from an underground command center many miles away, by intel professionals watching events live on their TV screens, like feeds from numerous “streamers” like Gaige who were running around with their phones, streaming the riot. Suppose that command center was giving orders to their operatives on the ground in the riot through hidden earpieces, using bounced signals from locally positioned repeaters brought in by “Antifa” commanders. Imagine the plan for that night was to make an example out of some patriot who was armed, to counter the images of armed patriots in body armor protesting the Cabal, and make those guys look less scary. Suppose that command center picked Kyle out of the video streams during the early moments of the riot, because he was clearly young, out of shape, naive to how things worked, and looked like a Cherry these seasoned Cabal assets could roll over.

In the trial we learned, that at just the wrong moment, whoever was protecting the CarSource suddenly bailed with no explanation as the crowd moved in (the defense said it in closing). Then, one of the “leaders” of the armed patriots asked 17 year old Kyle to go down there to take the position, and at the same moment, Kyle’s “buddy” in the buddy system the patriots were using, who had been assigned to him earlier (a forty something Army vet), suddenly disappeared inexplicably from the side of the 17 year old kid he should have felt responsible for. So Kyle was suddenly alone and could not find him, just as the order to head to CarSource came in. So Kyle went toward the CarSource alone on orders, where Joseph Rosenbaum was hiding behind a car waiting, and where the FBI had just moved its overhead drone and aviation units to that location to record everything that was about to happen.

What Cabal didn’t know was Kyle was under God’s protection, and just happened to be extra-sharp and highly cool under fire as well. So he smokes two Cabal protesters and cripples a third, all clearly in compliance with all legal strictures, before successfully exfiling and getting to safety.

The evidence exposed during the trial does make it appear as if Rittenhouse was selected and set up to be a sacrificial lamb, only he unexpectedly turned out to be a skilled young warrior capable of defeating the antifa ambush team by himself.

And while it is very hard to believe that the USA might have already entered the early stages of a “Bloody Kansas” era, or that Federal agencies are actively targeting young Americans on American soil, unfortunately, that is what the evidence presently suggests.

The real surprise is that some enterprising propagandist hasn’t tried to claim that Kyle Rittenhouse was a secret Spetsnaz agent in an attempt to justify declaring war on Russia.

For all the glee on the nationalist side and seething on the anti-nationalist side the fact remains that the system has laid down a marker that it will hound an American who defends himself against Trotskyite, Pedo, arsonist scum who try to harm/kill him when he’s standing up to them.

Timing here is fascinating, Maxwell trial is the next show.

Its going to be interesting to see what happens to the prosecutor. He committed the most egregious forms of prosecutorial abuse on multiple occasions. The process has already been started in the state of Wisconsin to have him hauled in front of the relevant bar and other authorities to answer for what he did. Prosecutors have been struck off and disbarred for less serious abuses during trials and given the nature of some of the things he did during the trial both civil and criminal proceedings can be brought against him. Prosecutors have been put on trial in the past and a few even went to jail. Although that was general for corruption involving organized crime.

The prosecutor is a Democrat who ran for office and failed. There will be politics involved but the case is far from over. This is Wisconsin not Illinois or even Oregon. I dont see him having much of a legal future unless he moves to somewhere like Madison. And even then, there is a good chance he will be disbarred at some stage in the future. But this takes time. Years.

By the way , the comments section on the story over on Daily Kos is really funny. A few pointing out the he only shot people who were trying to kill him and one of the killed had raped 5 children under the age of 9. A large number of how dare he shoot white people who were rioting for “black rights”. And the best of all, oh my god, law abiding people can now shoot us when we are rioting and attacking them and it is perfectly legal. 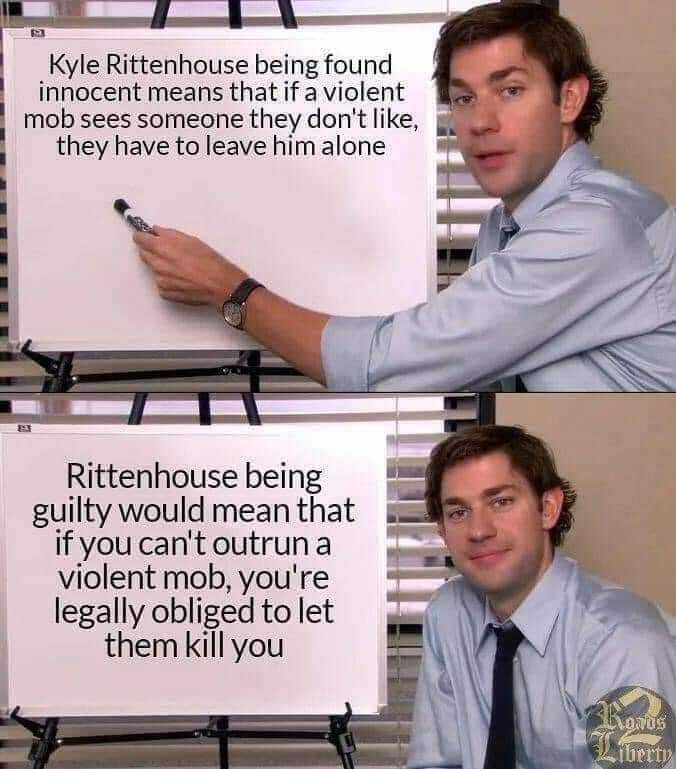 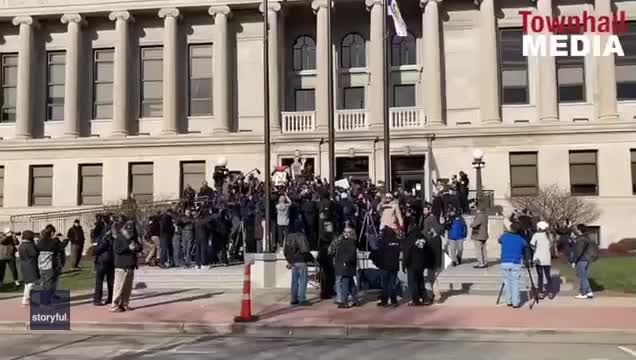 Kyle Rittenhouse was acquitted on November 19 of all charges stemming from deadly shootings in Kenosha, Wisconsin, in August 2020 during unrest in the city.Video taken by Julio Rosas captured supporters of Rittenhouse celebrating on the steps of the...

Whats even funnier is the “widespread protesters” against the verdict report by the MSM. Could only find about 200 people in Oakland, a few hundred in Brooklyn, same in Boston, less than 100 in LA and Chicago. And the normal Friday night riot in Portland. Almost all white people at the demos when you look at the wide shots. The closeup are always of the few black people at the demos. As far as I can see no one could be arsed to have a demo in SF or Seattle etc.

When is a riot not a riot ? When it’s a “racial justice protest”

President Biden left ‘angry’ after Rittenhouse is cleared of murder

Joe Biden has said he was left angered after a teenager was cleared of all charges for killing two men during racial justice protests in Wisconsin last year.

In New York, demonstrators shut down the Brooklyn Bridge, and in Portland, Oregon, they forced open a jail gate, prompting the Multnomah County Sheriff’s Office to declare a riot.
https://www.9news.com.au/world/kyle-rittenhouse-protesters-shut-down-the-brooklyn-bridge-portland-demonstrators-force-open-jail/ac073ac5-6e37-40ba-9e26-c76688bd9cf4

it was a few hundred in Brooklyn . They marched across the bridge. As they do regularly. That was it.

Protesters started gathering outside the Barclays Center around 7 p.m. Friday, listening to speeches before beginning to march through Downtown Brooklyn.

A few hundred in Chicago…

And nothing in SF and Seattle and nothing that made the local new in LA.

And the riots in Portland are regular as clockwork. Friday night was no big deal by recent standards. The only usual thing was the rioters tried to intimidate a local TV crew and most importantly they reported it as the story. This is new.

People in Portland are fucking morons (the incomers over the last 30 years) but things are so bad now that even the Portlandia pin heads are starting to lose patience. Although having seen video of the recent state of downtown, a filthy shithole full of street crazies, hardly surprising.

People are paying more attention to stories like this. 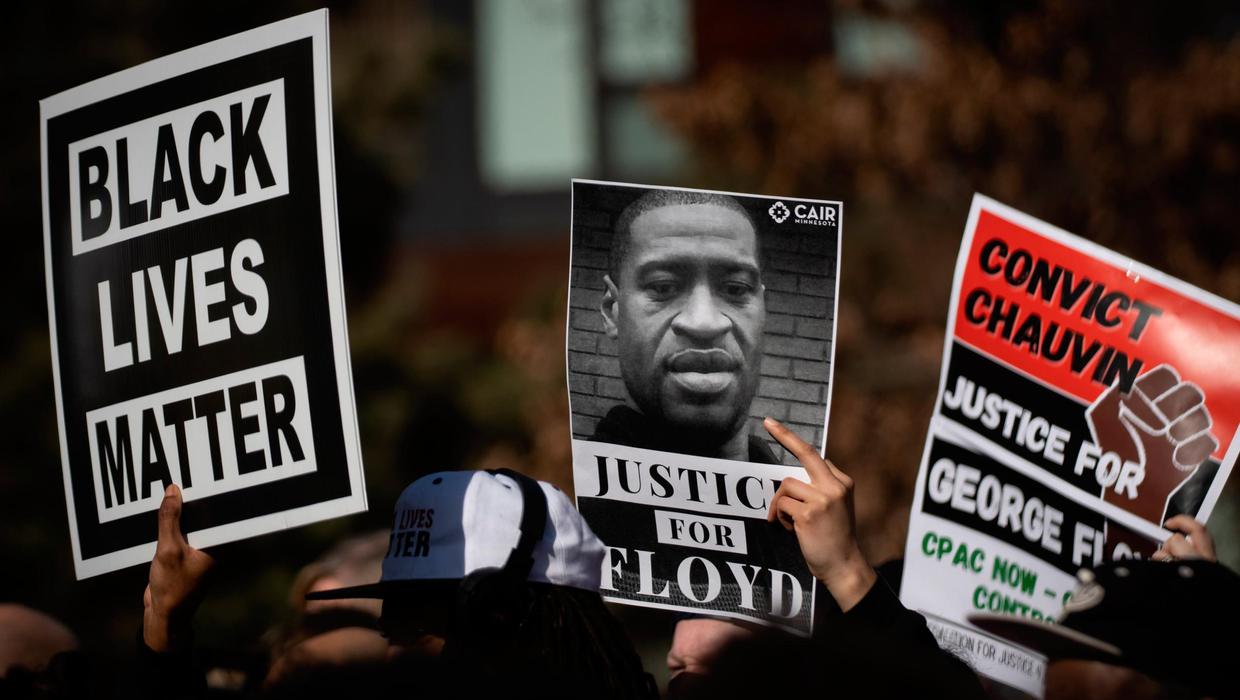 DCU distances itself from opinions of lecturer who dubbed George Floyd ‘useless...

Dublin City University (DCU) has moved to distance itself from the personal views of a lecturer posted online which referred to George Floyd as “another useless criminal who dug his own grave”.