there was no clinical evidence of significant fentanyl toxicity

11 ng/ml; elevated, but not significant (in case anyone else is wondering what that means)

Well to paraphrase Mandy Rice Davies - He would say that, would n’t he…

Here is the County Coroners report

Well for an average male of 170lbs those are incapacitation / OD numbers according to the reference texts I looked at. Floyd was not 170lb, he was a very big mother fucker. I’m 6,1 and over 200lbs and built like a line backer and I would steer clear of someone as big as Floyd. No matter what their current chemical state. He had a serious heart condition. So guess what happened when he OD’ed.

My first reaction when I saw the first partial video - Another fucking OD. Do know why I thought that? Because I have seen more than enough OD’s by street junkies over the years to not only tell the difference between an OD and a genuine medical emergency but to guess what the fucker is OD’ing on. Which is kinda of important when it comes to keeping clueless bystanders safe.

As for the prosecution the lead prosecutor the AG Keith Ellison is a genuine criminal with a long history of gang involvement. The Hennepin county prosecutors office did not want to touch the case because it was such a joke but Ellison took it an ran because he knew he could turn into a political circus which was going to have a huge political payoff for him and his criminal cronies. WIth Ellison its always been follow the money.

The Floyd guy was violent criminal drug addict who had just got out of hospital after a previous OD. If he had been white or Mexican no one would have given a shit about his OD. But the Dem Party needs to stir up racial hatred so BLM and the black criminals they glorify was just perfect. Ignoring the fact that the vast majority of black are murdered by other blacks. And have been for more than 100 years. Or that the police are more likely to shoot whites than blacks when resisting arrest. Almost all blacks killed by the police were resisting arrest and severely intoxicated.

The politics of the Bloody Shirt is alive and well.

Just another day in a leftist city in the good ol’ USS of A. 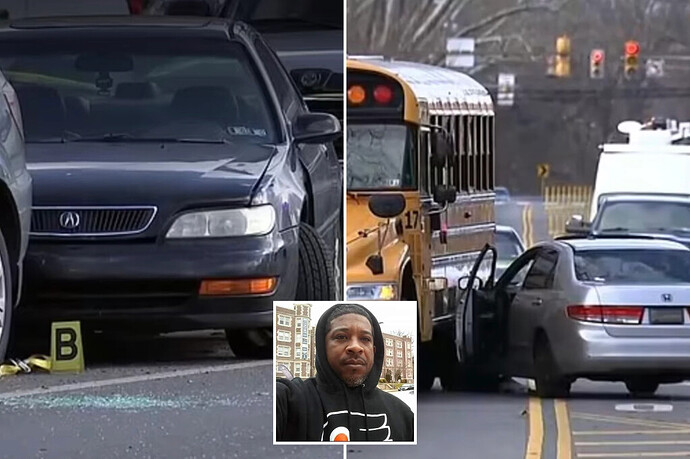 The licensed gun owner shot at least once early Tuesday after seeing three men trying to tow away his car. 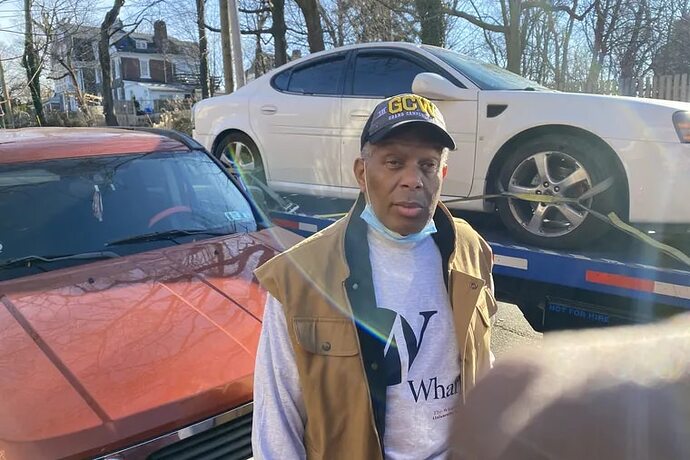 Grandfather recounts how he survived a shootout with a teen carjacker

“I thought I got shot. That’s how close the bullet came to my head,” said Oliver Neal, 60, a retired U.S. Postal Service employee from Northeast Philly.

Yes, they’re derailing and then looting trains in LA.

Isn’t messing with the mail a federal offence in the US?

Isn’t messing with the mail a federal offence in the US?

Might only apply to the post office but not Amazon or UPS. but in any case it was Dem voters who did this, so it could continue for a while yet

Standard Leftbook Rules Apply if a POC or Black Person is speaking, white people do NOT speak over them No Racists No Sexists TERFs and SWERFs can fuck right the hell off no Bodyshaming,...

For those bigots outing themselves online.

Guaranteed 90% plus white, 99% sociopaths/psychopaths. At least 70% on medication etc. The most aggressive ones will all have criminal / domestic violence records,.

That Facebook group would qualify as a criminal conspiracy in a most US states. Not that Facebook cares. There are multiple Antifa etc Facebook groups that openly dox anyone who challenges them. The ones in Oregon are completely open and up front about posting personal information and inciting people to attack / harm people and discussing what they have done.

There is a religious righteousness to it all, find a similar theme among some environmentalists

The overlap between the BLM and Ecofacists is almost 100%. I know a lot of the Antifa people in Berkeley and Portland came out of the Earth First and associated radical greens of 10 or 20 years ago. You see the same kind of people. The same faces.

When you start pushing these people hard they are all totalitarians of one form or other. Quite comfortable with hurting or killing people who disagree with them. Or who are The Other. 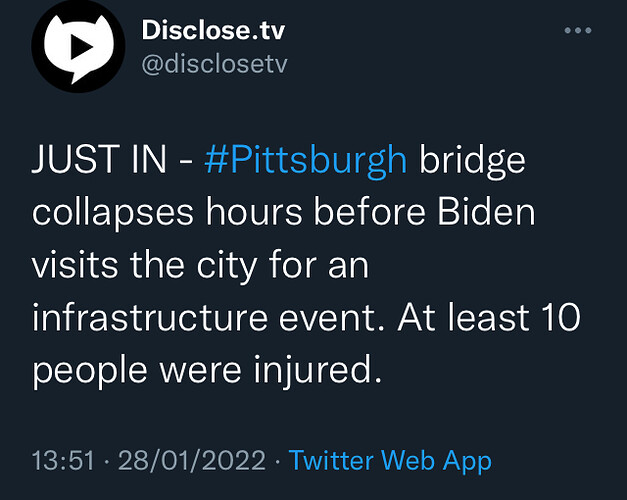 I’m paraphrasing a post seen elsewhere, kinda a question for @jmc about whether it’s true (I remember you posting about color of authority ages back) & if it applies in Ireland, or if it’s just a US thing.

Public Officials are required by law to be bonded in order to hold office. If their bond has been cancelled and they are unable to obtain a new bond they will not be able to hold any public office.
How Does this Work in Our Favor?
If a Public Official is not performing his elected duties, these Surey Bonds give you, the public a chance to unseat them. This is one of the oldest laws on the books and it has been in effect since 1792.

Color of Authority is purely a US concept when it comes to court cases. The lawyers for the RyanAir case against the government were trying to move in that direction but put their main effort into the constitutionality. A lost cause. But the judge in the case actual plainly stated the common law principal on which US Color of Authority case and statute law is based and then came to a completely erroneous and self servicing (for the government case) conclusion.

The US law is based on the principal that would an ordinary person understand a statement by those in authority that was made look like it had legal authority was actually voluntary rather than obligatory. The RyanAir judge decided that as it was obvious to him (i.e any one with legal training) that the Ministers Order was voluntary then it was nothing like a Color of Authority situation. Even though the Ministers Order was very deliberately drafted in a very convoluted way to be misleading. To make it looks like it had more legal authority than it actually did. I was actually impressed by the level of legal trickery involved.

So there is no statutory basis for Color of Authority in Ireland. Like there are in quite a few US states. And even though it should be straight forward to establish it in case law given that a judge has already stated the basis in court as its Ireland, and you would be dealing with Irish judges, I give the probability of establishing Color of Authority case law in a successful court case as basically nil. 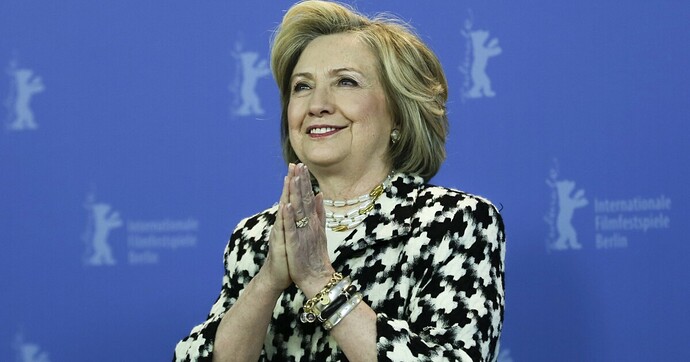 Black Lives Matter filings reveal prominent Democratic lawyer Marc Elias and another longtime ally of former Secretary of State Hillary Clinton have taken on key roles in the charity amid scrutiny over its leadership and finances.

This is beyond parody, the lawyer for BLM and its missing $60 million is… 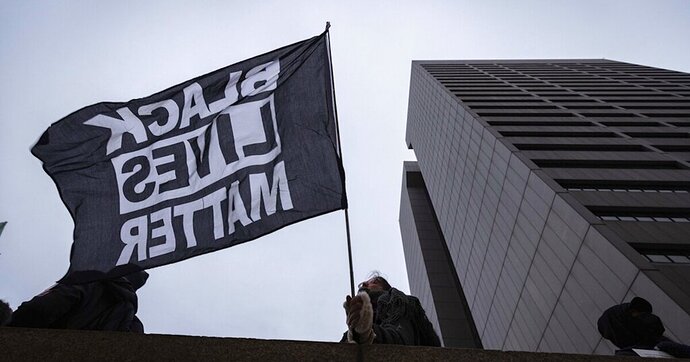 The national organization for Black Lives Matter appears to have used an unusual accounting maneuver to further delay reporting what became of its $60 million bankroll from 2020, a move one charity watchdog called "the worst transparency issue" she...

"Other Democrats, though, worry that this means the era of “tough on crime” policies is back. Councilwoman Kristin Richardson Jordan’s office is a stone’s throw away from the 32nd precinct, where memorials for two slain officers, Jason Rivera and Wilbert Mora, have been set up.

But their deaths haven’t made her question her belief that the NYPD should one day be abolished. Instead, she’s doubled down on her views. Progressive policies, she feels, haven’t been given the time and money needed to give them a real shot to work.

“When I talk about the potential for a world without police, I’m not saying tomorrow and I don’t know anyone who is saying tomorrow,” she explains. "Those of us talk about defunding, we need to also be talking about funding the community, because that’s what we mean.

“We don’t just mean defund the police, we mean fund mental emotional health services, fund housing, jobs, all of the things that would stop violence in the first place.” 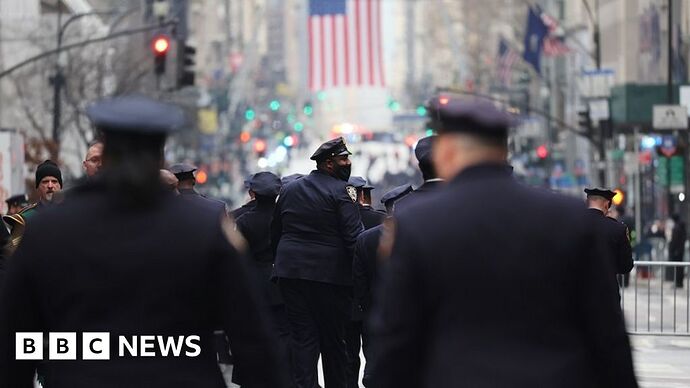 "Bullets are flying everywhere". Gun crime in NYC is up by a third - will a new action plan help?

Business as usual so…