Is it a bird? is it a plane? Is it the latest scheme to attract more tourism???

It has been revealed that caravan parks in Co Wexford have been under drone surveillance for weeks, as local officials hunt for tourists who should not be there.

The county council has redeployed its fleet of half a dozen UAVs from patrolling for illegal dumping to monitoring compliance with movement restrictions.

But after four weeks on patrol during the lockdown, drone operators have not found anyone to report to Gardaí.

“We have, since Easter, been carrying out this monitoring along the coastline,” he said.

“And I’m delighted, I must say, to be able to say that we have found very high levels of compliance and very little evidence of travel restriction breaches in these areas to date.

“We hope that will continue, particularly as we face into the May Bank Holiday weekend, but certainly our evidence would suggest that there is very strong compliance.”

That’s a bit much

reminds me of what the Greeks were doing to spot swimming pools for tax collecting purposes. But they used google maps which was free.

I can only imagine the massive cost involved here…

Some follow up on the privacy issue of Wexford County Councils use of drones to police the lock down. 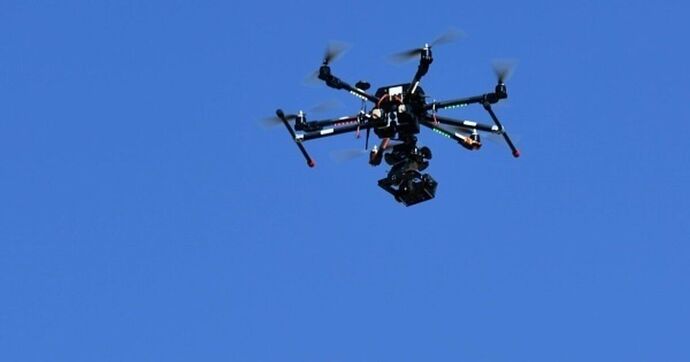 Wexford County Council has used drones to monitor lockdown compliance in private dwellings, holiday homes, and 68 caravan parks without carrying out a privacy assessment — which has 'stunned' a local data protection consultant.