When the music stops - Citigroup

Two executives lost out in the game of musical chairs at Citigroup, but traders said the market yesterday was rife with rumors that it was CEO Chuck Prince who would lose his seat. In the latest in a round of credit-related whackings on Wall Street, Citigroup said Tom Maheras, who ran its capital market operations, is leaving as is Randy Barker, co head of fixed income.

Vikram Pandit is being promoted to run all of its institutional business. Pandit, formerly with Morgan Stanley, joined Citi when it bought his hedge fund earlier this year. Citi has disclosed that its losses from the credit turbulence amount to $3.3 billion, but traders say there are rumors that there could be more.

For now, Prince is still leading the dance at Citi. The company reports earnings Monday morning and has an investor call that day, several days ahead of its usual reporting date. We all remember when he confidently told the Financial Times in July, before the worst of the credit crisis let loose, that Citigroup was in great shape and the private equity party would end at some point. “When the music stops, in terms of liquidity, things will be complicated. But as long as the music is playing, you’ve got to get up and dance. We’re still dancing,” he told the FT.

We’ll see what tune Wall Street plays for Citigroup. Deutsche bank put a sell on the company this morning.

Citi too big to fail? there are lots of bad rumours flying about them at the moment.

Citigroup are the largest bank in the world, right? Followed by Bank of America?

They announce 6 billion of losses and tell investors “that’s all folks”. A few days later it’s announced that they are leading a consortium to bail out SIVs. I wouldn’t be surprised to hear that they are in trouble.

Erik Prince’s brother is CEo or whatever of CitiGroup.

The stakes are high. If the plan doesn’t work and the credit markets remain nervous, SIVs might have to dump their assets onto the market at fire-sale prices. That could spark another wave of write-downs among financial institutions globally. Banks also would be hurt another way – they would have to bring the SIVs’ assets onto their own balance sheets.

Citi together with Jp and BoA have announced a special fund valued at $100bn to take the crap off their balance sheets , pronto

If the fund finds itself in a spot of bother they may have to take it back on again.

Citi made some $20bn profit last year to put things in perspective.

The banks’ moves may strike some investors as eerily reminiscent of the bailout of Long-Term Capital Management in 1998 by a group of investment banks after the hedge fund nearly collapsed in the wake of a debt crisis.
**
If the banks’ plan backfires by spooking markets**, prices of government bonds could jump even as stocks of financial institutions face another round of selling that could help to depress the broader stock market.

The Dow is down over 1% as I write

Lots of ifs and buts and with Citi smack bang in the headlights !

If the WSJ is remotely close to accurate on the plan details, this Super-SIV bailout is nothing but a fraudulent attempt to allow banks and financial institutions to keep questionable assets off their balance sheets.

Yah but the feckin Japs took 7 years to create the workout entity while the yanks …in all fairness…took 7 weeks .

But half of that UFO will probably be written off when its convenient to so do and when the US taxpayer underwrites it …as I fear they will.

Still, thats a whole country that won’t get invaded for cashflow reasons so it ain’t all bad news

Formally, Fed’s decide to waive Section 23A of the Federal Reserve Act (Reg W) and allow Bank of America, Citigroup, and JPMorgan Chase, Wachovia to make large loans to their broker dealer units. As Chris Whalen clearly put it:

Section 23A is one of the most important parts of the Federal Reserve Act. It prohibits “covered transactions” with any one affiliate of a Fed member bank in excess of 10% of the bank’s capital and surplus, and up to 20% in aggregate for all bank affiliates. The purpose of the section is to protect the capital of the bank, even if that means allowing non-bank units or the parent holding company to be decapitalized or even fail in a “market resolution.”…. The Fed’s August 20, 2007 letter to BAC [Bank of America] allows the lead bank to extend up to $25 billion in collateralized loans to affiliates, an amount equal to 30% of the bank’s regulatory capital. The “securities financing transaction” will effectively allow the securities affiliate of BAC to “serve only as a conduit” for the bank to lend to “unaffiliated third parties.” The letter notes at the bottom of Page 3 that any such loans will be eligible for excemption from the automatic stay in the US Bankruptcy Code, a comforting legal distinction that may have little impact on the increasing rancid economics of financing CDOs. >>>> 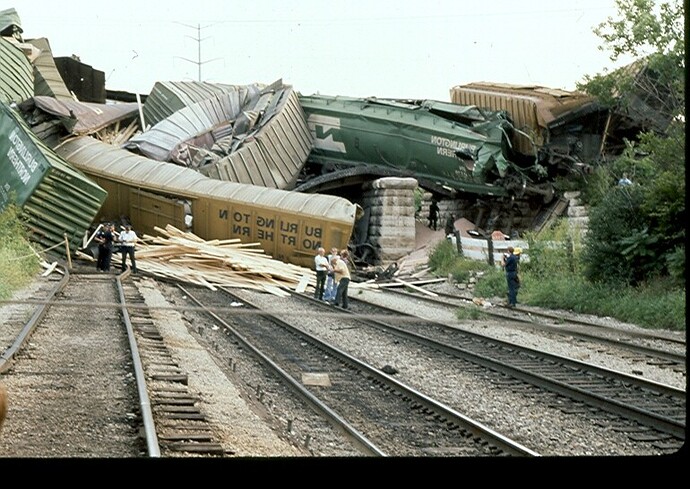 Notice how Bove cleverly pointed out the asset side of the equation while conveniently forgetting about liabilities. Let’s rework Bove’s statement to see the other side of the story.

“At the end of the third quarter, Citigroup posted $2.227 trillion in liabilities. This was more than any other American bank and possibly more than any bank in the world. A mere 5.4% decline in the value of Citigroup’s assets would make Citigroup insolvent.”

Citigroup’s assets look great in a vacuum. However, those assets do not look so great in relation to liabilities. Leverage has never been greater, and much of that leverage is now in exactly the wrong places: residential and commercial real estate.

Citigroup CEO Chuck Prince’s next “dance step” is likely to be out the door. >>>>

SAN FRANCISCO (MarketWatch) – Citigroup Inc. is expected to hold an emergency board meeting this weekend, the Wall Street Journal reported Friday, citing two people familiar with the matter. It is not clear what the meeting will address, but the subject of further write downs could come up, the Journal reported.

A piece from Gary North (he sounds a bit like WTTR) (and before the newbie thought police jump in, I mean that in the nicest possible way) that takes Chuck Prince to task for his confidence:
lewrockwell.com/north/north571.html

The investment world assumes that central banks can always paper over any liquidity crisis in the financial markets, and will. But what if the problem is not liquidity in general but insolvency in a capital market? It is not that there is not sufficient fiat money in general. The problem is that in a highly leveraged market there are no buyers at yesterday’s prices, when yesterday’s prices were the basis of the existence of a flow of new funds into this market.

When liquidity moves out of a market, the problem is then insolvency, not liquidity. Liquidity is the product of confidence. A market is liquid because investors think it is priced rationally by the best and the brightest, and therefore other investors stand ready to buy a capital asset when the seller is ready to sell. But then, without warning, other investors learn that this market had been way overpriced, and so they move to the sidelines, waiting for blood – or red ink – to run in the streets. Liquidity is restored at (say) 50% of the previous price.

Could Citi be insolvent? Or are they just about to sack Prince?

The risk of Merrill Lynch & Co. and Citigroup Inc. defaulting on their debt rose to the highest in at least five years on speculation that losses on mortgage-related securities will worsen, trading in credit-default swaps shows.

Citigroup is trading as if it were rated Baa3, the lowest investment-grade rating, and eight levels below its actual senior unsecured debt ranking by Moody’s, the data show.

Of course, we should really have a thread on Merrill, as they seem further up the creek (well beyond the paddle shop). Only a man in a helicopter can save them now!

Came across this directory in a random search:

Anyone have any idea what section 23a means? (in simple language) and why Citi would be looking for two exemptions?

In simple terms, it allows banks to use capital to bail out their overstretched inhouse brokers. Why this is bad? It uses bank capital and therefore lowers the protection for investors.

In simple terms, it allows banks to use capital to bail out their overstretched inhouse brokers. Why this is bad? It uses bank capital and therefore lowers the protection for investors.

And that fact that Citi has done it twice? Or does the 30% limit apply to it’s overall bailout of it’s subsidiaries? (and not to each of them).

Chuck Prince: No End Soon to Buyout Boom “When the music stops, in terms of liquidity, things will be complicated. But as long as the music is playing, you’ve got to get up and dance. We’re still dancing".

The party is over and the music has stopped for Chuck Prince. His last dance is a two-step out the door. Citi’s Prince Plans to Resign >>>>