Here’s one situation where hydrogen seems to make sense. http://www.bbc.com/future/story/20190327-the-tiny-islands-leading-the-way-in-hydrogen-power

Irish Rails IE 29000 Caf Diesel commuter trains will need to be replaced in the next few years, converting to fuel cells would improve the passenger experience and depending on how the Hydrogen is produced I assume emit less carbon, would definitely improve the air quality in Connolly station

There are plans to electrify the Dublin-Maynooth/Drogheda, it might be cheaper to use fuel cell trains

I think we’ll see H2 in use on heavy duty applications like trains, trucks and machinery. Battery weights on those vehicles could be very high and lead to H2 being cheaper overall over the vehicle lifetime.

Power generation could also use H2 instead of natural gas for CO2 free electricity output. Conversion of H2 to Ammonia allows for long term storage and security of supply when wind and solar are low for a cold few weeks in the winter. Surplus renewables producing H2 for backing up a shortage of renewables has a neat efficiency.

I think we’ll see H2 in use on heavy duty applications like trains, trucks and machinery. Battery weights on those vehicles could be very high and lead to H2 being cheaper overall over the vehicle lifetime.

It’s also cheaper to provide the refuelling infrastructure in more geographically concentrated applications such as trains, buses and fleet vehicles.

Bidder Jo Bamford says a deal has been reached "for the Wrightbus factory and land".

A deal has been reached in principle for the sale of Wrightbus.

Bidder Jo Bamford said agreement had been reached with “the Wright family for the Wrightbus factory and land”.

“We are still to conclude a deal with the administrators but are pleased to report this important step in the right direction,” he said.

He thanked DUP MP Ian Paisley for “his hard work and diligence in helping to mediate what has at times been a tricky negotiation”.

On Thursday, the owner of the Wrightbus factory, Jeff Wright, said he had not been able to reach a deal to sell the company to a new owner.

The sticking point had been farmland he did not consider part of the factory site.

However, a statement from Jeff Wright on Friday confirmed that the farmland will now be gifted to the local council as “a tribute” to his father, Sir William Wright.

Mr Bamford, an English industrialist, who is the son of JCB chairman Lord Bamford, wants to buy the Wrightbus business and the factory through his Ryse Hydrogen company.

It is essential that commercial players join forces to realize the true zero-emission mobility society. The hydrogen fuel cell electric bus is the ideal substitute for fossil solutions, without compromising range, operational ability or cost. We are expanding our product portfolio to accommodate different market needs. The first phase of the project, totalling 600 buses, is supported by €40 million from the EU’s Connecting Europe Facility (CEF). The grant will enable the deployment of 200 hydrogen fuel cell electric buses in each of Denmark, Latvia and the UK by 2023.

A lightbulb moment for nuclear fusion?

Yet another fusion startup, First Light Fusion is a 2011 Oxford University spin-off. Their trick is a variation of inertial confinement, wherein a coin-sized copper disc is accelerated by a type of rail gun into a 15 mm cubic plastic target. The target contains a deuterium-tritium bubble which compresses rapidly enough to undergo fusion, releasing the energy equivalent of a barrel of oil*. A pulsed operation machine would aim for one shot per five seconds, yielding a gigawatt of thermal power to drive a conventional steam turbine.

Initial research focused on modelling the projectile impact and resulting shockwave in software. Now they are aiming for first fusion this year and net energy gain in 2024. The secret sauce is in the design of the fuel-bearing targets to shape the compression wave. First Light Fusion aim to be the Nespresso of the fusion industry by patenting and selling these.

* From the pictures, estimating the fuel bubble to be 3mm diameter, I reckon the deuterium-tritium mixture must be compressed to about 10,000 atmospheres to yield the energy equivalent of a barrel of oil. You can see why the manufacture is tricky.

People need to be aware of the deliberately confusing language surrounding much of the energy debate.
As example, methane generated from cow slurry is cagegorised as’renewable’ because the supply of slurry is continuously being renewed.
But methane from a natural gas well is not categorsed as renewable because the well stays the same and is not renewed.
Go figure.
The atmosphere of course does not see any difference in the carbon dioxide generated by burning methane from either source.

But the greenhouse gas from slurry (Methane or CO2) is going to be released anyway, natural gas is sequestered permanently… that’s a big difference. or am I missing something?

am I missing something?

methane generated from cow slurry is cagegorised as’renewable’ because the supply of slurry is continuously being renewed.

That’s not why it’s categorised as renewable.

The atmosphere of course does not see any difference in the carbon dioxide generated by burning methane from either source.

First update in a long while on the Allam cycle. Testing continues at the La Porte, Texas demo facility. Unfortunately the first commercial plant has been put back to 2022 from 2021. There’s no indication that there’s any problem though, and the good news is that they are designing a 300 MW coal gasification version as well as the natural gas plant. 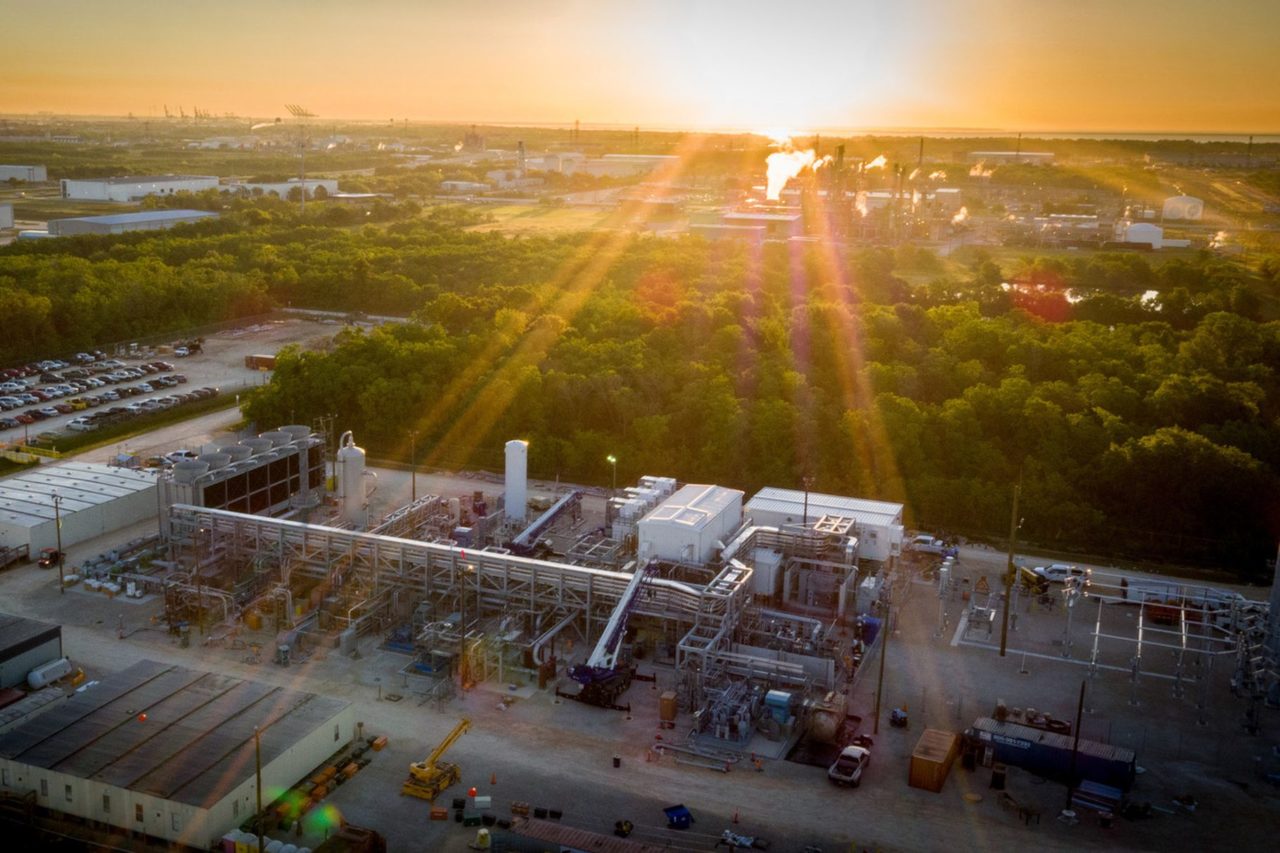 Testing continues at NET Power for a much-watched project that is demonstrating production of low-carbon natural gas power. The project is using a

I read elsewhere of multiple coal generators in the American upper midwest anxious to adopt the Allam cycle asap, and putting research money into it along with Federal funding.

I also found this five minute explainer by a school kid which is an excellent potted intro to the Allam cycle:

Solar power at night! Nothing new but transiting from oil could have unexpected consequences for global stability.

How the end of oil could destabilise geopolitics

As the world moves from fossil fuels to renewables, political and economic dangers may lie ahead.

If you want to understand the revolution taking place in renewable energy, come to a power station called Gemasolar in southern Spain.

Here, in the dusty plains of Andalusia, they have worked out how to generate solar power 24 hours a day.

Yes, you can read that sentence again. At Gemasolar they create electricity even when the Sun is not shining.

They have rigged up more than 2,500 huge mirrors on hydraulic mounts that follow the Sun’s passage through the sky.

The mirrors - each about the size of half a tennis court - reflect the Sun’s rays to one central point, the top of a 140m (459ft) tower, where molten salt is heated to almost 600C. This liquid salt is carried down the tower to where it heats the steam that powers a turbine.

And here’s the trick: not all the salt is used at that point. Some is stored in huge tanks and used later when the Sun has gone down. So long as the Sun shines every day, the plant can generate power 24/7.

Gemasolar used 195 hectares of land to generate 19.9 MWe. That’s 0.1 square kilometre per MW. The Kashiwazaki-Kariwa nuke generates 8 GW on a 4.2 square kilometre site. A Gemasolar of similar power would occupy 800 square kilometres. And despite the molten salt storage, Gemasolar only has a capacity factor of 50%, whereas the Japanese nuke has had mostly continuous output at capacity for 30 years until halted because of earthquake safety fears. So you can double the required area again to 1,600 square kilometres for the equivalent solar electricity, or nearly twice the land area of County Dublin. That’s is pretty diffuse energy!

3.1 Million GigaWatt Hours of electricity was produced in EU-28 in 2017. This is the equivalent of 353 Gigawatt Hours every hour.

Approximate perimeter of the Sahara desert is 13,200km. A regular arrangement of solar PV cells seems to be 1MW per 5 acres which would be 250 acres per square km or 50MW per square km. A 1.8km deep solar farm around the outside of the Sahara would be a nominal 990GW solar farm which at a 30% Capacity Factor would be deliver 356 GigaWatts of electricity every hour on average across the year (combined with a frightening amount of storage clearly

). I’m only picking the perimeter of the Sahara to avoid worrying about access issues and civil engineering questions arising from going into deep dunes and I know SFA about the Sahara…

Put all the necessary cabling infrastructure in place and you have 100% solar and storage solution for Europe for a fraction of the unusable land in North Africa. It’s all possible but the cost of it would frighten even Mario Draghi. Might be comparable to a 100% nuclear solution though?

That’s interesting. It took me a while to realise the reason the Gemasolar facility is about five times the land area per MW is its much higher capacity factor. While it has only 20 MWe from its steam turbine, the receiver thermal power is 120 MW. A 50% conversion efficiency in the turbine plus continuous generation, i.e. 3x the sunshine hours, give the 20 MW output. Compared to solar PV and solar trough collectors it has a much higher capacity factor. The overall solar resource in kWh is the same… but the dispatchability of molten salts is much more valuable.

One thing about maintaining hundreds of square km of solar that is often overlooked is water costs. Twice yearly cleaning is the norm, but the Sahara churns up billions of tons of dust and many areas are reliant on non-renewable fossil water.

Below is an interesting vid on the materials associated with solar energy production and transmission. If we want a world in which a significant fraction of power is generated by solar there are issues with availability. The more efficient thin film PV uses rare elements, while even crystalline silicon uses lots of silver. Concentrating solar generally uses more conventional materials. Work has been done on nano-particles for increased solar collection efficiency and self-cleaning mirrors. HVDC power transmission could take desert solar to 90% of the people in the world.

There’s a recent documentary on solar in Morocco below, both utility scale and domestic / rural / farming. It brings home the transformative power of electricity for people used to living without it. The household applause when the single light bulb goes on reminded me of the way us Paddys used to clap whenever a pilot achieved the miracle of landing a plane safely … a little bit due to the awesome technology but mostly for our bacon being saved.

Finally here is a very long and boring webinar on CSP with some interesting comparisons of CSP with molten salts versus fossil fuel peaker power plants. This is the most expensive and critical electricity for keeping the grid running, and heretofore the most difficult to replace with renewable power. Detailed cost comparisons show CSP will be competitive in this area in the near future, even without subsidies.

And at those latitiudes the orientation of the panels means more dust will settle on them.

I’d be more concerned about their longevity due to the regular sandblasting they’ll endure.