4 bed new builds in Shankill. No viewings this weekend but I believe they were on view during the week.
Has anyone seen them? Are they worth the €505,000/€530,000 price for a terrace/end of terrace?

However, at roughly €330-360sq ft they don’t seem overly high-priced compared to Shankill average. What I would be concerned about are:

The development is handy to the village centre at Shankill though, and the bus outside is a benefit as well as a potential problem. Plenty of schools in the locality for kids too, including one right beside this development.

Whether or not you pay €505,000 for a terraced house in Shankill is probably a matter of choice, but based on the site masterplan from the planning application, that same terraced/end of terrace house could end up backing directly onto the M11: 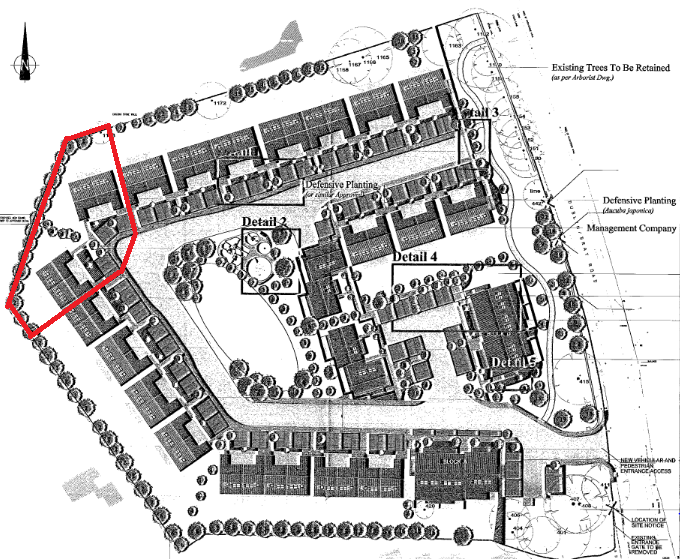 I’d want to make sure I ended up more in the middle of the development. Overall though, you are getting an A-Rated new build which seems fairly spacious in a handy location for just over half a mil. The duplexes/apartments also seem reasonable too, given they’re also A-Rated.

I live in Shankill, my wife is from there. I wouldn’t be in rush to buy one of those, there is one house in Cherrington for sale at the moment, it would cost you more and you’d have to do some updates but, it would be closer to the village and park both handy if you have kids. Woodbank is on the way out of the village and a good walk if you want to go anywhere fore example we hardly ever drive the kids to the park we walk. Only good thing about Woodbank is it’s much nearer the schools