Working From Home to majorly impact property market in the future?

And therein lies the rub.

Modernity has been fairly succesful in recategorising human worth in base economic/material terms.

It wasnt always thus and hopefully will (not) be again.

Gods make their own importance…

I have lived in important places, times
When great events were decided : who owned
That half a rood of rock, a no-man’s land
Surrounded by our pitchfork-armed claims.

I heard the Duffys shouting “Damn your soul”
And old McCabe stripped to the waist, seen
Step the plot defying blue cast-steel -
“Here is the march along these iron stones.”

That was the year of the Munich bother. Which
Was most important ? I inclined
To lose my faith in Ballyrush and Gortin
Till Homer’s ghost came whispering to my mind.
He said : I made the Iliad from such
A local row. Gods make their own importance.

I wouldn’t read too much into a WRC decision-it’s basically a trade unionist forum where employers are forced to hand over one last payoff to shitty entitled employees. 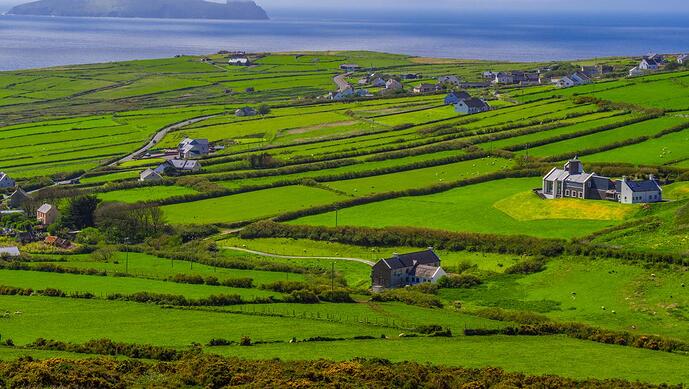 ‘We are going through a profound once-in-a-lifetime shift in the property market,” is how one estate agent described an extraordinary period during which Irish property prices have defied all predictions by holding firm or also increasing, sometimes...

Does this mean we have to bail out Johnny Ronan … AGAIN???

Well Johnny had a Salesforce tower up on the quays 12 months ago, and it’s not looking very wanted for the time being. Maybe like the Anglo building it’ll rise from the ashes in an ironic and timely fashion

This is just so relentless: “We’re not going back to the way things were.”

This is just so relentless. Salesforce, the largest employer in San Francisco, and an anchor tenant in the 1.4 million square-foot Salesforce Tower, the tallest building west of the Mississippi – owned by Boston Properties, the largest office landlord in San Francisco – announced today in a blogpost, that it would switch to a hybrid “work-from-anywhere” model going forward.

“We’re not going back to the way things were,” president and chief people officer Brent Hyder told the Wall Street Journal. “I don’t believe that we’ll keep every space in every city that we’re in, including San Francisco.”

In the blogpost, he wrote: “An immersive workspace is no longer limited to a desk in our Towers; the 9-to-5 workday is dead; and the employee experience is about more than ping-pong tables and snacks.”

After the Pandemic, employees would fall into three categories. About 65% of the workforce would be “flex”; they’ll be “in the office 1-3 days per week for team collaboration, customer meetings, and presentations.” The rest of the time, they’d work from home. Another group would be “fully remote,” working from anywhere. And the “smallest population of our workforce” would be “office based,” and work 4-5 days per week in an office location “if they’re in roles that require it.”

A lot less office space would be needed to accommodate these people. The layout of the offices that remain will be changed dramatically into “community hubs to accommodate a more hybrid workstyle. Gone are the days of a sea of desks,” Hyder wrote. He already moved out of San Francisco to Southern California last year.

So this was the latest announcement to knock the wind out of the San Francisco office market, and more broadly, out of San Francisco’s economy.

There are (were?) serious plans for SF to move down into some new buildings on the Quays. Maybe they won’t need as much square footage down there…

I’ll agree with you on that point in one kind of sense, and since I made the point elsewhere this eve, there are many things I pointed out over 10 years ago, and another one was in this area of inevitability, that is coming into the fore of everyone lives in the modern western sense.

If anyone can remember my typo-driven ravings from that far back, you will note, that the conflux was to occur around the need to transition people from a work based mode to a play based mode of existence, this would be a result of the societal pressures naturally created by the wealth of state-of-the-art-productivity and the increasing of spare time, the fruits of doing-more-with-less no less, a world where 20/30% of humanity could provide for the whole playfully (now we are seeing Ai whittle that ratio down even more in old paradigm terms), all this was themed and expound on by Buckminster Fuller in the mid to later 20th Century, however that future world envisioning did not include the BANKSTERS one bit.

What we’re seeing here is the co-opting of this inevitable reality crunch or fork in the world, but as always, the MENACE ain’t dumb, and waits for the clever kids to invent that future and the means they can purchase for a princely sum (for literal-nothing when you control the levers of fiat), so that it can retain the control in the manner it has grown accustomed too.

The clue to which direction things are being pushed and what the intention behind it is, comes with the liberal use of FEAR and TERROR to socially re-engineer society in one direction, after programming and conditioning for years on and around such concepts (sans key influences and contexts), which like anything is always to play for, so a lot of time and money has gone into co-opting the creative energies of the owls population to see born, but it’s as fragile as can be because it’s not a genuine paradigm shift, it’s a contrived one - that is not to say the play world is not also happening (it really is), but this event is not of that origin, it is very much in reaction to it.

Though it’s not that surprising, when the current control paradigm is pretty shit in the first place and has outlived it’s use that most people have happily settled for a break, and jumped on the WFH bandwagon early on in 2020, the moment of surprise had this to it’s favour (I’m sure the novelty has worn off for many in that initial enthusiastic group), but it’s really in preparation to shift to next level of shit paradigm, (see usage of FEAR + TERROR.) and you may not be invited to the final part.

Using a nightmare to sell the world an all or nothing Utopia, is a dead give away.

What are the odds this tune came up next while editing the above post! Well it did… Ai eating the Cosmic Jokers lunch or wha? 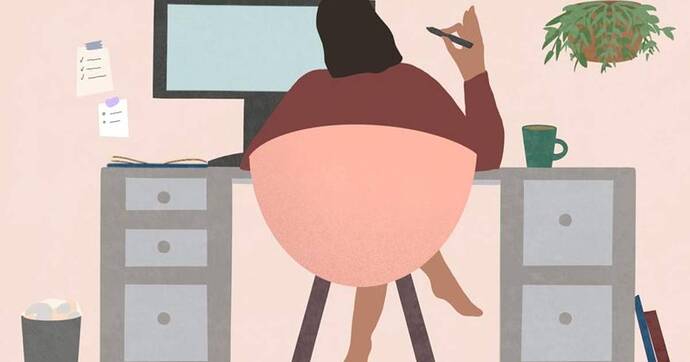 Borrowers planning to move beyond commute distance from office must comply

A couple of recent developments on the WFH front. 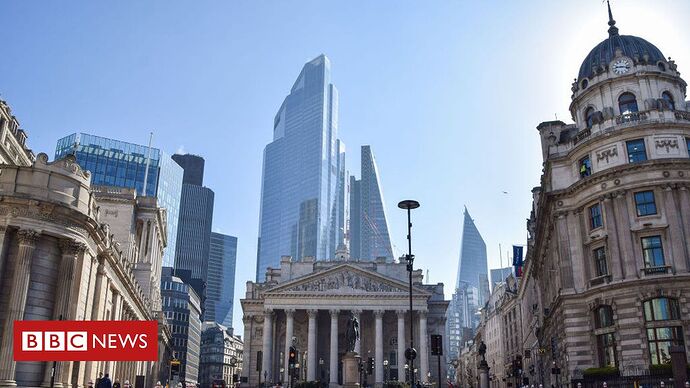 The City of London Corporation set out plans on Tuesday to create 1,500 new residential units by 2030.

But I expect they’ll just become office worker’s barracks, places to crash during the week and go home at the weekends, for the staff unfortunate to work for certain banks that refuse to accept WFH.

On the other hand, commuting is bad for productivity. 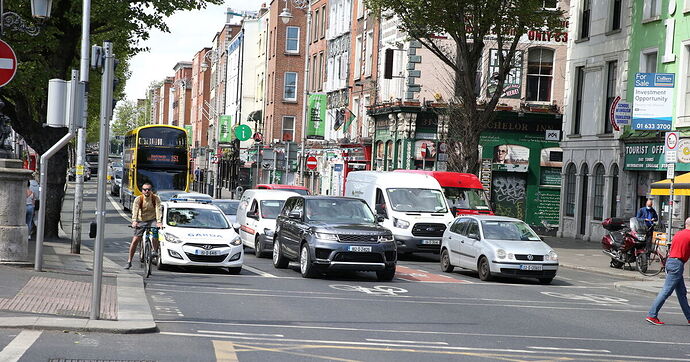 New research says that, though commuting is an unpleasant everyday experience for most people, its implication and effect on daily life within organisations is often overlooked

I can see others following FB’s lead here. I have heard from friends that for some niche languages it has become extremely difficult to entice workers to Dublin.

I can see others following FB’s lead here. I have heard from friends that for some niche languages it has become extremely difficult to entice workers to Dublin.

First big players to allow that. Many non Irish would jump from other employers for a sweet deal like that. Irish higher wages with lower cost abroad? Happy days!

Tax residency implications are real though. You need to be in the country more than half the year so not sure what they plan there

I expect Facebook will see this as an opportunity to reduce the wage bill, if you’re living in Latvia for example, they can pay you the Latvian going rate for that role.

This. And the tax code.

I expect Facebook will see this as an opportunity to reduce the wage bill, if you’re living in Latvia for example, they can pay you the Latvian going rate for that role.

Most employment contracts state which legal jurisdiction is applicable, IIRC. If an employee is moving to a different jurisdiction then contract renegotiation is in scope IMO and a local ‘market rate’ adjustment will happen.

Plenty of people will seek to game this though, if you are working fully remotely in Ireland then spending 11 months of the year in Alicante with the odd trip home to maintain bank accounts etc shouldn’t be too hard.

It was so worth it selling out to the Gods of Tech, and allowing the likes of Facebook to interfere in constitutional referenda. It’s worked out well for Ireland hasn’t it.

My guess is that FB will move you to a local entity (with associated wages). It seems that it is for 7 countries only (including Mid East and Africa) so it might not be that attractive to many who would have wanted to return home. One thing I would wager is that this will lead to others offering the same though.

Many think of Ireland as once a Casino but think about Ireland as table in the Casino.

We are due to go back to the office 1 day a week from September and 2 days from October. Won’t increase beyond that until sometime in the Spring.

Boss has indicated I can do 2 or 3 days a week at home but depends on the overall decision by the Management Board.

Looking forward to some social interaction when we do go back, if from a distance

With or without masks? I’ve been able to go back to the office pretty much 100% but have to wear a mask, even sitting at my desk so I’ve hardly ever been in. I don’t mind them when walking around or in communal areas. My employer has their own little version of NPHET i.e. the occupational health team who have ‘advised’ they are necessary and just like NPHET they have asymmetrical risk with nothing to loose by advising they are necessary until 2025.