Where did you see it?

I can see the invitation now:

For ONE Night ONLY.
Calling all compromised MSM, sporting, and political assets.
In behalf of the Crown, the Luciferian Grand Lodge is Proud to present (in Great Conjunction with the Pals of the Prince, our very own Principals Club)…

I still can’t figure why everyone jumps to answer Zappone’s call.

Can it be as simple as everyone likes a drink at a fancy spot?

Completely inappropriate for Department of Children employee’s to go listen to a speech from their old boss.

How does Roderic feel about that? Was he there?

Was he there or was he elsewhere? Who could say, time will tell. 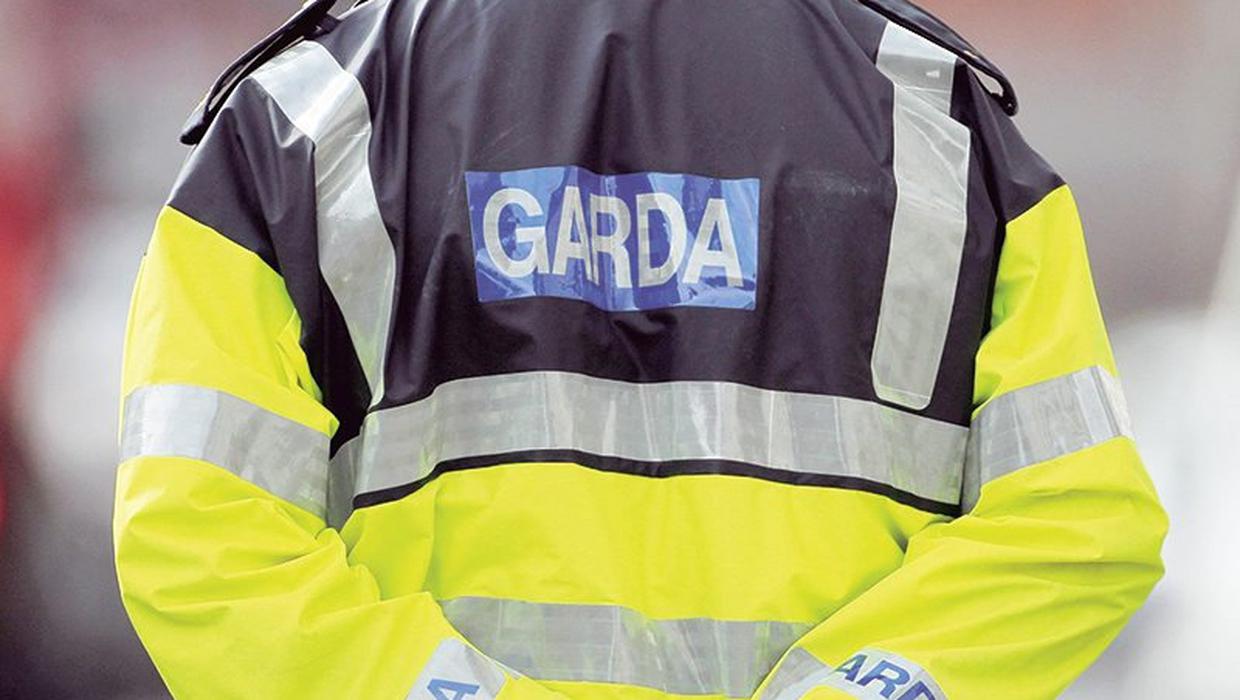 Specialist gardaí are carrying out a major sexual abuse investigation into a Dublin politician, Independent.ie can reveal.

Gerry Hutch arrested in Spain on foot of European warrant

Look over there peasants…

If this creature is a woman I have a Brooklyn Bridge for sale. It’s a trannie.

You clearly have little experience of nun-lesbian types. You can’t be over 40 and educated in Ireland. If you were you’d see it.

Bless his cotton socks he really is this dim.

Simon Coveney has defended his decision to delete text messages exchanged with other Government ministers on a regular basis because his phone has “been hacked”.

The Foreign Affairs Minister said it was “prudent” to clear his phone over hacking fears.

The Minister has come under further pressure over the controversy surrounding the abandoned appointment of Katherine Zappone and the subsequent fallout over an event at the Merrion Hotel in Dublin.

The former minister for children stepped back from the position after a storm arose around the manner of her appointment to a new role of special envoy on freedom of opinion and expression.

At an Oireachtas committee on Tuesday, Mr Coveney revealed that while he did not receive a formal invitation to the Merrion Hotel party, he did receive a text from Ms Zappone about it taking place.

Sounds like Chief Bilderburger was at the party then.

He also said that he had since deleted a number of text messages exchanged with Ms Zappone and Leo Varadkar in relation to the special envoy role and the Merrion Hotel event.

He said that these texts had been deleted for data-related reasons.

However, Mr Varadkar told reporters on Tuesday that he has no recollection of such text messages.

Speaking an event on Wednesday, Mr Coveney said he clears his phone regularly.

“I did change my phone actually every year,” he added.

“I think it’s prudent that I would clear my phone on a regular basis, rather than allowing a whole lot of texts on issues that have moved on to be sitting on my phone.

“That is a judgment that I made, I expect others do the same, but I’m open to questioning by the committee and future questioning if they want to.”

The deleted text messages are subject to Freedom of Information request, and Mr Coveney said he will comply with the legislation.

“We will release a very substantial file on the whole appointment process of Katherine Zappone, which I think people will see was quite a robust process within the department, and I will make anything that I have available under the appropriate FOI request,” he added.

“I took two hours of questions yesterday and I think I answered as honestly as I could all the questions that were asked.

“I got a text from the Tánaiste a number of days before he was to meet Katherine Zappone in Dublin.

“I didn’t actually know that it was to be an event. He texted me to simply say, ‘I am meeting Katherine in a few days time and she is Dublin. Is there anything you want to brief me on’.

“I responded to say, we’re working with Katherine Zappone in the department on a potential role, a special envoy, but I’d be bringing the details to Government in the coming weeks, and that was it.

“I didn’t brief the Tánaiste in any more detail on that. The fact that he was asking me about it, he didn’t know anything about it and that was it.

“I briefed my Cabinet colleagues before the Cabinet, I assumed that other parties were doing the same before the last cabinet meeting before we broke up in the summer.

“The mistake that was made was that I should have ensured that the Taoiseach (Micheál Martin) wasn’t surprised by the appointment of Katherine Zappone in the Cabinet meeting and he was, and it shouldn’t have happened and I apologise for that.”

He said there was not a “huge mystery” and that he made the decision to appoint Ms Zappone on the back of the department “making it clear that there was a worthwhile job to be done”.

“I thought she was very suitable, that is how special envoys are appointed. You get somebody that has a lot of skill in a certain area where you want to try to advance certain interests and I thought Katherine would do a good job there,” he told reporters.

“We made a mistake, though, in terms of how that was brought to Government, and I apologise to the Taoiseach for that.

“I think he accepts that.”

Asked on Wednesday about Mr Coveney’s appearance at the committee, Sinn Féin TD Eoin Ó Broin said the deletion of any text messages by Government Ministers was “very, very concerning”.

“The big question of course is whether they deleted those texts before or after an FOI request has been put in by a member of the public,” he said.

He said that the admissions raise questions about Government protocol in this area.

“This poses and opens up far more questions to this story and the ministers have serious questions to answer,” Mr O Broin added.

Earlier, the Minister for Finance defended Mr Coveney over admissions he made about the Ms Zappone controversy.

I see tweets wondering if this is the first the Taoiseach, Gardaí, special branch, various EU/UN allies etc. have heard about the hacks of our Foreign Minister’s phone…

You get somebody that has a lot of skill in a certain area where you want to try to advance certain interests and I thought Katherine would do a good job there,” he told reporters.

Where does the pet name “Piglet” come from I wonder ? Is that an elderly lesbian or gay thing? 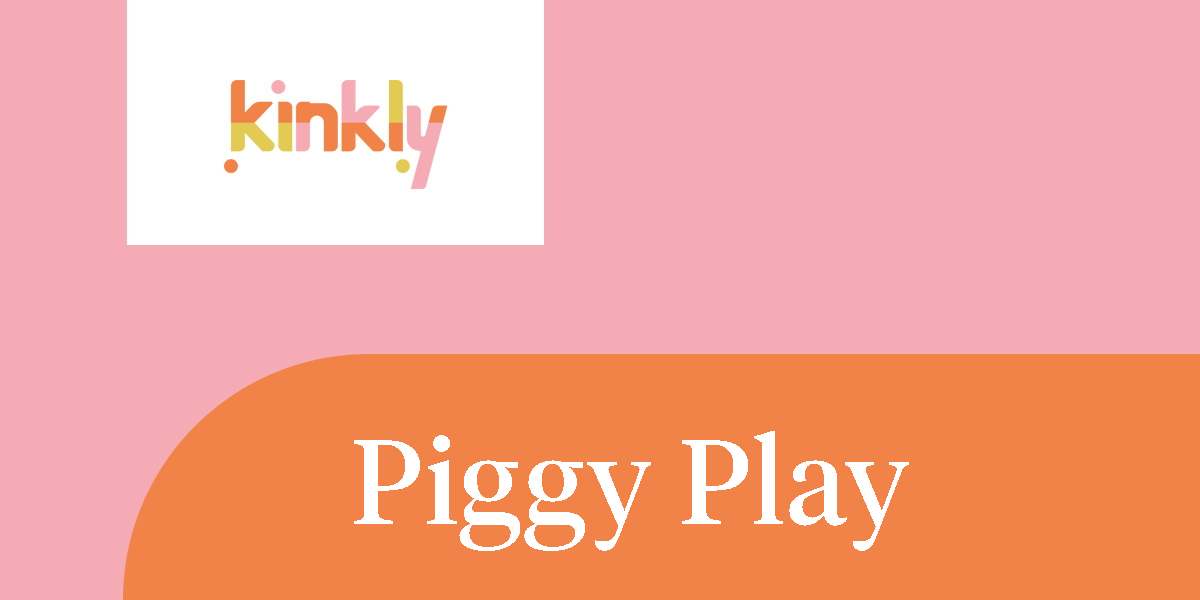 What is Piggy Play? - Definition from Kinkly

This definition explains the meaning of Piggy Play and why it matters.

Edit - seems to be a place not a pet name. Also Coveney seems in trouble

Zappone job saga is not going away as Piglet confirms

It Looks like the Bideberg attempt to appoint an “LGBT Envoy” to harrass Hungary & Poland is going to backfire and fatally weaken Simon Coveney. God is Great !

Mr Coveney also told the committee Ms Zappone had never lobbied for the job. The text exchanges disclose she explicitly asked Mr Varadkar on July 16th if he had heard about her appointment.

FG seem to have a problem with mobile phones.

A FINE Gael TD shared a hilarious snap of her phone online – after she mistakenly cooked it in the oven. Kate O’Connell spent the past three days searching frantically for her phone onl…

Where does the pet name “Piglet” come from I wonder ? Is that an elderly lesbian or gay thing?

Edit: saw you’d added the piece about the wine bar already! Twitter was raising their eyebrows with a few jokes/memes circulating at first though

Katherine Zappone was centrally involved in drafting the job description and setting out the duration of her short-lived position as a special envoy for freedom of opinion and expression.

Ms Zappone also sent Mr Burgess her own rationale for the taxpayer-funded position which he said he “really liked” and “took the liberty of incorporating” into the final job concept.

There really can be no doubt that the intention of this role was to put globohomo’s harassment of Hungary & Poland etc on an official footing. That’s always been the worst, most overlooked part of this.

Any further news on anyone else that got gifts from Zappone other than Varadkar who was given tickets for that UK music festival?

The “migrant crisis” on Polish border has something to do with mandatory vaccination bill which is to be voted by “Polish Parliament” on the 15th of September. Just the noise. The migrants appeared there just few days after NATO withdrawn from Afghanistan.
Shit they were fast all right.
There is a state of emergency in eastern Poland now which gives the officials some more powers over citizens.
Barbed wire fencing is being put along the border and army on high alert. They say it’s to stop the illegals, but we fear it is to stop the people escaping the vaccine mandates to the last free European country, Belarus.